Chloe Grahame talks about her involvement with the Photovoice project ‘Voice of Freedom’, and a recent evening of talks, film screenings, and awareness raising which took place on the International Day for the Abolition of Slavery.

Modern slavery is both shocking and widespread. During a study tour in Israel with the human rights organisation René Cassin I heard about the torture camps in the Sinai desert where individuals fleeing persecution from Eritrea, Ethiopia and Sudan are trafficked, tortured and held for ransom. Upon returning I decided that these horrors needed to be known by those working outside the human rights field. I contacted the Voice of Freedom project and proposed an event which would bring these issues to the fore on the International Day for the Abolition of Slavery on 2 December.

After a busy few months of preparation, and thanks to support from O2’s Think Big programme, the event took place on 2nd December – the International Day for the Abolition of Slavery – to great success. It began with a drinks reception and photography exhibition of work produced in the Ma’agen Safe House in Israel. One attendee approached me during the exhibition to share how moved she had been by the words which accompanied the images and ‘brought them to life’. These words and photographs were produced as part of Voice of Freedom – a participatory photography project for formerly trafficked women in Israel, Ethiopia and the UK.

Leila Segal, founder of Voice of Freedom, spoke to the audience with force and passion for her work. She designed the project to enable formerly trafficked women to document their lives, feelings and experiences through the camera lens, and supports them as they create texts in their own words to accompany the images. Leila read an extract from one student’s writing- a student who is currently writing a book with Leila as her mentor.  This student had been trafficked from Nigeria to Paris and forced to work as a prostitute.

Next Feruz Werede took the floor. Feruz is a campaigner on behalf of Eritreans and Ethiopians trafficked through the Sinai torture camps. Speaking with a quiet confidence, the audience were enthralled by her determination to free those who had been kidnapped. An especially moving moment was an audio recording of Feruz’s direct talks with hostage-takers and the kidnapped. Feruz’s fierce energy could be felt throughout the room as she shared her failures and triumphs with the audience. 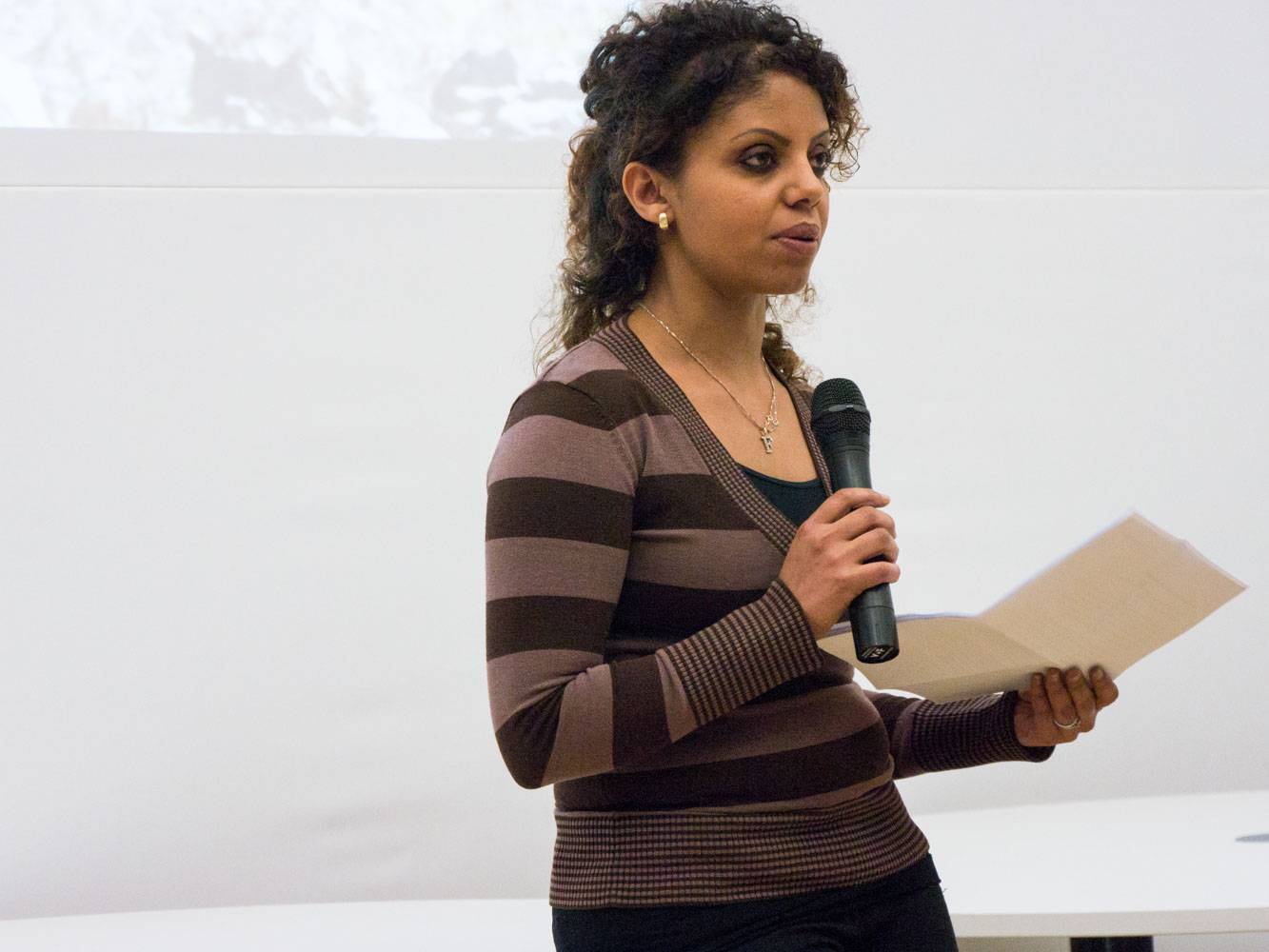 Interspersed with these powerful words, we showed three award-winning short films about slavery in the UK from the Unchosen campaign. By juxtaposing stories from the Sinai and Nigeria with stories from the UK, we aimed to build a picture of modern slavery as a global phenomenon- not exclusive to any place. But always sharing the common themes of injustice, suffering and violence. The films carried the message that slavery could impact people of all ages, races and genders and often occurs where it is least expected.

My experience working on this event was both challenging and invigorating. Hearing the feedback and outrage from audience members on the night and following days has persuaded me of the necessity to share these real stories. I took away a key lesson –  the Voice of Freedom project enables the formerly enslaved to share their voices through photography and stories; it’s our job to ensure the world hears them.