PhotoVoice is interviewing established photographers to gain a wider insight into the power of photography and the different approaches to ethical issues. This month, we interviewed Adriane Ohanesian on her photography and passion for the medium.

Adriane Ohanesian is an award-winning photographer based out of Nairobi, Kenya. She has been recognised as one of Magnum Photo’s top ’30 under 30′ and received LensCulture’s Emerging Talent award. In 2012 she began covering the news in South Sudan for Reuters and has continued to document the civil war in South Sudan, the border demarcation between Sudan and South Sudan, the fighting in the Nuba Moutains of South Cordovan, and most recently the conflict in Darfur.

I studied anthropology at university and as part of my thesis on religious practices in Indonesia, I used photographs to explain the work and the thesis. I made a kind of photo story that went with my thesis and at the time I didn’t even really know what a photo story was, it was just something that I did.

Even before I had a plan for photography or even knew what photography was I felt like those photographs explained a lot more. It wasn’t until a couple of years later that I applied for photography school – I actually used those images to apply.

I think most of my work is longer-term, more ‘documentary’ projects. A lot of those have been in areas that are really difficult to reach; places where people aren’t necessarily going and places that aren’t necessarily in the news. Those are the sort of areas that I try and look for and the process is really slow. For the Darfur project, it took me years to be able to get there – that’s one of the main parts of working as photographer; getting access to certain areas.

Gaining the trust of the people is really important and I think that you can’t just jump into a situation and start taking photographs without mutual consent and understanding. I don’t like to surprise people with what I do. I think that people should completely understand why I am there and what I am doing. It’s difficult because some people have never seen a computer or know what the internet is so you really have to sit down with people and say this is what I want to do, I want to help tell your story, this is what we can do and if you don’t want to do this maybe do you have an idea of how we can work together? 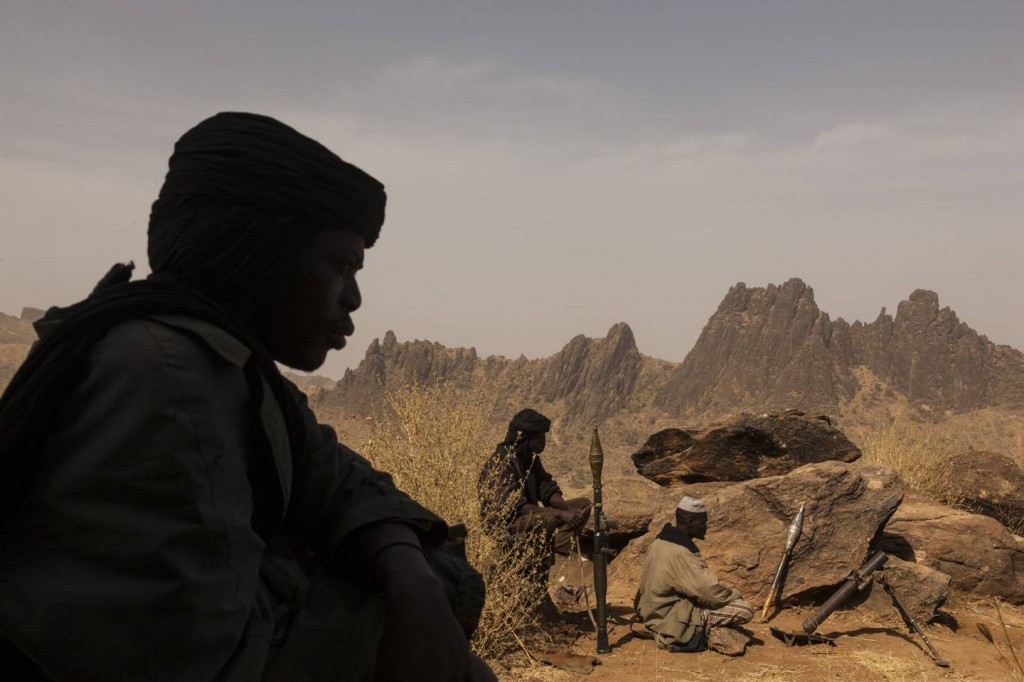 I think I edit myself too much. That’s something in our minds that shouldn’t be. I think it might be better not limiting yourself as you’re photographing. You shouldn’t worry about whether or not it is going to be a great picture because sometimes you can surprise yourself.

I would say in my mind, not yet. I’m still working on my photos. I think maybe from an outside perspective the Darfur work has been maybe the work that I’m most connected with, which is also true personally but I’m not sure if there’s a single image that defines me. At least not yet. 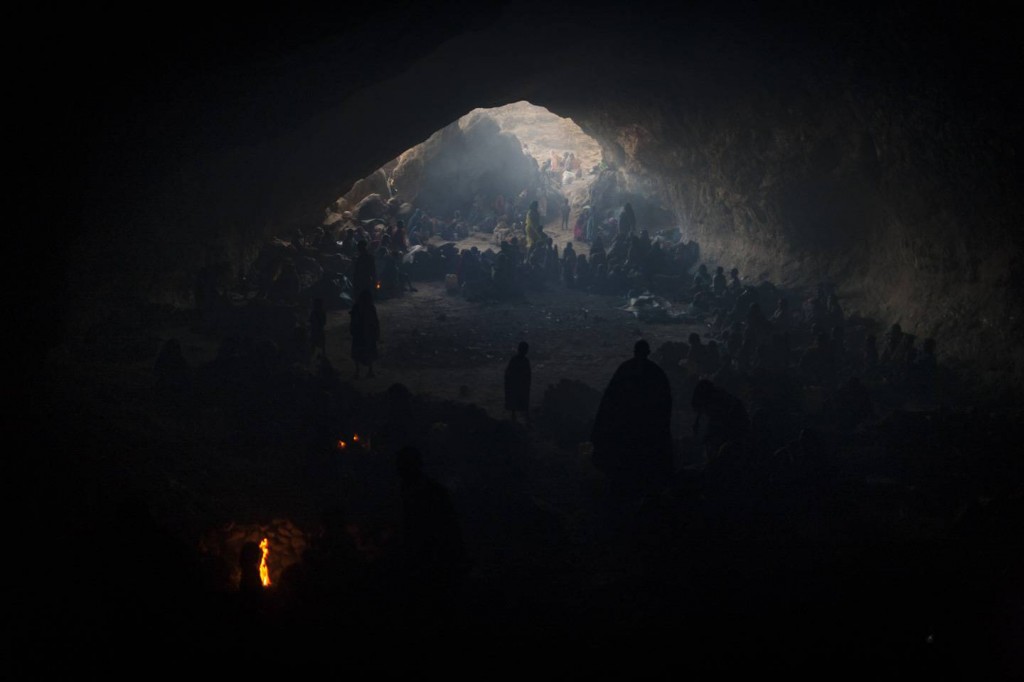 © Adriane Ohanesian “Hundreds of women and children who have fled the fighting or are seeking shelter from the continued bombing by the Sudanese government’s forces, live in a cave in Central Darfur, Sudan, March 2, 2015.”

I think it can and that’s why I continue my work.  My place in my opinion is to document and then if people can use those documents in a productive way or use those documents as motivation to start social movements then that’s amazing, and that would be the ideal situation. But I think if you don’t realize your place as a photographer it will drive you a bit mad. I would love to be a top human rights lawyer or a military surgeon but I’m not – I’m just a photographer. So I think within certain limits you can provide people with the evidence which proves as to why we should take things under consideration.

With the work from Darfur, for example, I have been able to share that work with human rights groups, with the UN and the UN security council, and I’ve been able to sit down and talk with the International Criminal Court. There were a couple of Human Rights Watch reports that were based off of findings that were discovered whilst I was there and the project overall sparked further investigation by the International Criminal Court.

In the places that I’ve worked which is mainly around east Africa and Sudan I haven’t seen too much of a change. I think that it has become more common for journalists and photographers to travel with organizations.

We see so many articles now where you can see that the journalist or photographer has been sponsored by the organization in exchange for some publicity. I think it’s difficult because some areas you can’t really get there without the assistance of an organization. I don’t see a problem with it. I just think that you have to be honest about what you’re doing and who you’re with.

There are so many different types of photography and I think that we often get caught up in the ethics a bit but I think what’s really important is to just be honest about what you’re doing.

I don’t have a problem with someone who wants to manipulate a photo, you’re free to do whatever you want, but you can’t pretend that image is something that it’s not. At least from my point of view, the kind of work that I do, I want it to be a document. I want it to be an honest image of what I have seen or as honest as possible, so for me it wouldn’t be appropriate to manipulate my images in any way because I want people to trust those photographs. 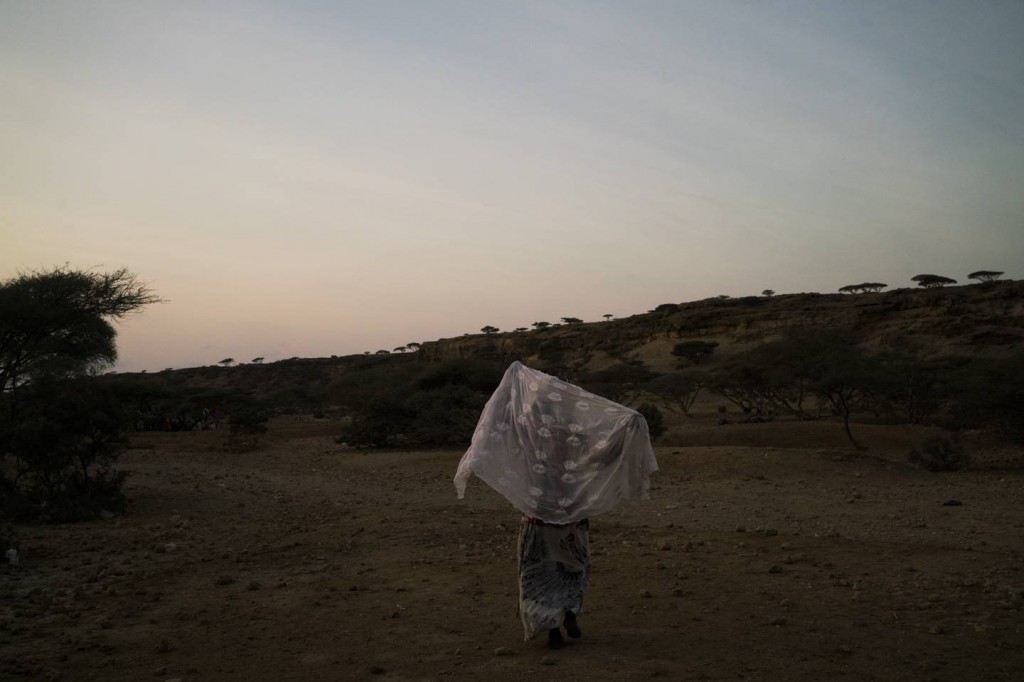 © Adriane Ohanesian “A young Ethiopian girl walks towards a meeting with other migrants and their smugglers in the hope of making it onto one of the illegal boats that will bring her to Yemen and then on to Saudi Arabia from the town of Obock, in Djibouti, January 12, 2015.”

I’m not really someone who goes online and spends a lot of time watching videos about equipment, but on the other hand I am very picky about what my files look like. I think that the most important thing is that you are happy with what the camera is producing for you. The photographs that I took in Darfur were on a really old camera – I couldn’t shoot anything above 800 ISO but I like working with that camera and I like the images that come out of it. So it’s not about having the greatest equipment, it’s about having a camera that you like the work that comes out of it.

I would say just follow what interests you and don’t stop at the surface level of that interest. Have patience with yourself and then the world. I photograph so much, and before nobody ever looked at my images. Nobody was interested in them but I think with enough practice and enough experience you will get to the point where people will start to look at your photos. When a photograph has something to say then people will pay attention.

Feature image: © Adriane Ohanesian “Men believed to be members of al Shabaab sit in the street after being arrested by Somali National Intelligence during a cordon and search operation in Mogadishu, Somalia, May 4, 2014.”