PhotoVoice is interviewing established photographers to gain a wider insight into the power of photography and the different approaches to ethical issues. This month, we interviewed Nick Danziger on his photography and passion for the medium.

PhotoVoice patron Nick Danziger is a renowned and award winning photojournalist and his work is held in museum collections across the world. In 2005 he was commissioned by the charity World Vision to visit eight countries – one for each of the UN Millennium Development Goals. Last year he returned with author Rory MacLean to learn if the UN goals had succeeded in giving the families a better life. They are now trying to produce a large format book – visit their crowd funding page

I did choose another medium, I always wanted to draw and paint, it never occurred to me that I would become a photographer. I went to Chelsea School of Art and subsequently taught at art schools and exhibited my work (paintings, drawings and reliefs) in several countries and through the Robert Fraser Gallery in Cork Street. However, I always wanted to travel and my camera was with me to record what I was seeing and I discovered it was a way to watch my favourite football team from the touchline by getting in as a press photographer – I realised that photography could open a lot of doors. However, before photography became my main medium, I wrote several travel books and made television documentaries .

The story is all important to me. I want try and give a voice to those who rarely feature in our media. I want to try and inform myself as much as possible about the context, but focus on the individuals and their lives and spend enough time to capture something of the way they live. 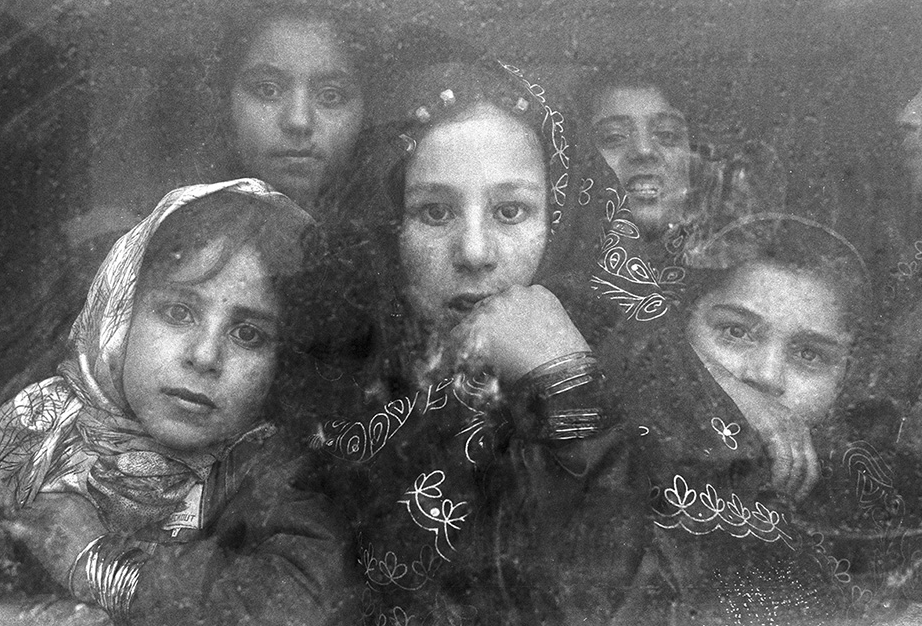 Almost all my work features people, I seek emotion. Some people just stand out as their spirit shines through all their hardships. However difficult the situation, I aim to produce an image that is strong enough to stay with us for more than a cursory moment. I am trying to communicate what it might be like to live as that person in the image. Sometimes I would rather not take the photograph, but I believe the role of a documentary photographer is to shine a light on places and stories that would otherwise go unnoticed.

I am not the best person to answer this, over the years I think the defining image might have changed from two boys jumping through a broken fire hydrant to a dog flying across someone’s living room. Subsequently, it’s possibly my Blair-Bush mirror image which won first prize in the World Press portrait category or it might well be Mah Bibi, a 10 or 11 year old Afghan girl that has featured on numerous book and magazine covers and exhibition posters… 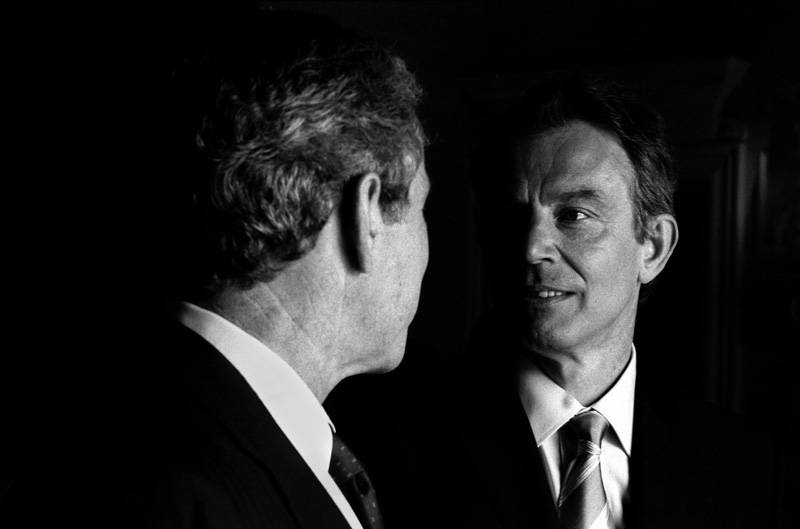 “In the two months leading up to his 50th birthday, PM Blair took on a Labour Party, sceptical electorate, Jacques Chirac and Saddam Hussein. And all of this as he led the nation to war with Iraq. These were the most testing weeks of TB’s premiership and photographer Nick Danziger was given unprecedented access to the Prime Minister and his closest aides. Geroge Bush comes to Britain for Security briefing with the UK counterpart, PM Blair, following the beginning of Iraq war.” ©Nick Danziger/NB Pictures ‘President Bush and Prime Minister Blair at Hillsborough Castle’ March, 2003

I would like to believe it can. I would hope that most of us who do this type of work, do it not just to document or inform people of what’s wrong but in the hope that there should be change. Photography is only one of the means possible to bring about social change there are others and hopefully I don’t need to convince members of PhotoVoice that participatory photography does provide positive social change for the individual and possibly for their local community and beyond.

Enormously. One striking aspect is that many charities have taken over the role that editors and photo desks had which was to commission photographers to produce stories in images. Some of the larger charities have sizeable PR/comms and photo departments and are very professional in their approach as a magazine would have been. However there are many charities that believe because they are a charity, the photographer should be donating their time and work.

This ties in with your previous question. Charities and many media outlets now have a code of ethics: what you can and can’t photograph. Like so much of what we do there are numerous grey zones from the moment you are in a position where you are in front of vulnerable people there is one set of ethics, then what you do with this image is another set of ethics: how and where it’s used and for what purposes. There are more and more guidelines but I think we need to consider how we would feel if we were being photographed rather than taking the photograph. When you’re out shooting, in the thick of the action, there’s often no time to reflect… you would miss the moment, the emotion…

That’s the second time you’ve asked a question that I think would be better answered by someone other than myself! Let me try and answer this a different way and say that photography has allowed me to witness extraordinary events, but above all it has given me the opportunity to meet even more extraordinary people than I would otherwise have had the opportunity to meet. I am sure it has made me more tolerant, feel more fortunate, and grateful for everyday. 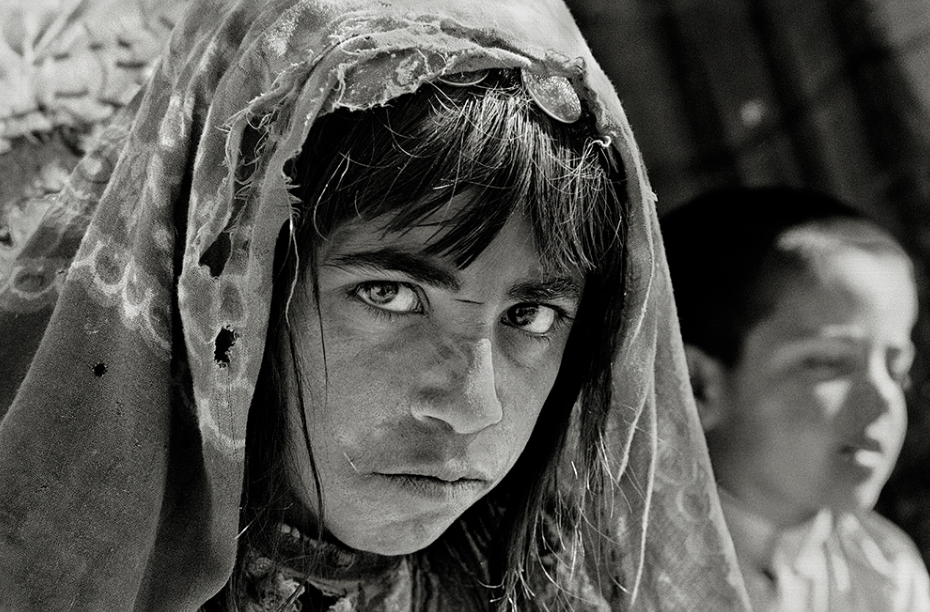 “My name is Mah Bibi. People tell me that I am ten years old. One of my brothers is five, the other seven. I am the ‘head’ of the family. Our parents are dead.” © Nick Danziger/NB Pictures ‘Mah Bibi, Ghor Province, Central Afghanistan’ August, 2001.

It’s important that the equipment doesn’t let you down, but above all it’s important to realise that the equipment doesn’t take the shot, you take the shot. In my type of photography it’s first and foremost about the relationship you have with the people you are photographing. People often ask me what camera should they buy, part of my answer is always go to a camera store, pick up the cameras and see which one(s) feels right and comfortable in your hands and don’t forget about your choice of lenses!

Where to start? You need to be patient, curious, humble, open-minded, and much, much more. And like a sportsman at the top of his profession, nothing other than complete commitment, dedication, and hard work will suffice, but you’ll also need luck. Nowadays, if you see it as a way of making a decent living think twice. It needs to be more than a job, it needs to be an all-consuming passion but it shouldn’t get in the way of you being a decent human being.