And the Winner is… Elliot Sheppard

The sixth PhotoVoice photography competition in partnership with Professional Photography magazine, was inspired by an image from the PhotoVoice project ‘Side by Side’. Photographers were asked to submit up to six images inspired by the theme ‘Tolerance’. Kate O’Neill, Marketing and Partnerships Manager at Metro Imaging selected Elliot Sheppard as the winner.

How did you get started in Photography?

A family friend had a 35mm SLR when we were on a holiday. I think I was about 13 or 14 at the time, and I remember thinking it was the most amazing object. When we got back, my dad dug out his old camera out for me and I started making pictures of my own. He and my brother are architects, so drawing and image making were always prominent in our family and I was encouraged in the arts growing up. I also had a great college tutor who introduced me to documentary photography and also some more conceptual styles of image making. I remember seeing the work of people like Sally Mann, Larry Clark and Philip-Lorca Dicorcia for the first time and being really blown away. It was revelatory. I guess, it really started in ernest there.

How would you describe your work and your practice?

I suppose I’m fairly slow in how I go about taking pictures. I try to be as considered as possible. My background and training were very much analogue-based. My degree course at the time was all film and hand-printing. I think film tends to slow you down, makes you consider more carefully what you’re shooting. I like that. I still shoot with film when I can but the concepts and lessons stuck when I moved to a more digital practice.

As for subject matter, I’m really interested in environmental stories, but not necessarily landscape-bound. I try to look at how humans relate to and interact with the land. How we build particular structures or shape landmass and how that informs the way people live. Water has always featured heavily as well, at least as an underlying theme.

I’m currently living in Nepal and working on a project about hydro-electricity, dam building and energy usage in the Himalayas. It has a bit of everything. The industrial structures of the dams, the natural form of the rivers and mountains, the human and political issues of electricity in the region, and the human costs of that kind of energy production.

The image is from one of the stories I’ve been working on in Nepal. It’s about a small village in the south called Susta. The territory’s been under dispute between India and Nepal for a very long time. The complex relationship between the two countries plays a key role in the energy and development industry, so I wanted to visit one of the last disputed regions of the border.

The people that live in Susta identify as Nepali, but it’s an extremely poor community and many people don’t hold official citizenship. The village itself is bordered on three sides by Indian land, and on its western edge there’s the Narayani River. It used to flow to the east of Susta, but during huge flooding in the seventies and after submerging the village, it changed course and cut Susta off from the rest of Nepal. The Indian government claim that as the river shifts (which was the international line originally), so does the border.

Just a few weeks ago during the heavy flooding in South-Asia, the village was submerged under four feet of water. A woman showed me the waterline on a damaged rice silo and the broken, unsellable grains of rice from the harvest. Farming is the main source of income for families. Outside the police station and the school, people were applying to the governing body for compensation. I was told that after an assessment, each affected family in the village would receive a maximum payment of 5000NPR, about £35.

The older children walk to secondary schools on the Indian side and people go to the markets in nearby Indian villages. Recently though, the Indian border security has been holding people for hours at a time, often subjecting them to searches and questioning, or turning them away. To avoid the border control, some villagers take the boats that run a few times a day across the Narayani to reach mainland Nepal or cross into India from another point. For the work, I concentrated on this traversing of the river by boat – the negotiation of the river from bank to bank – as other free movement was barred. The image is of one of the rowers, taking us back from the Indian side to the Nepali. It can take nearly an hour to cross and the boats sit low in the water and are often very full; so its intensely hard work.

Whilst they fight over the fertile land, neither country seems to be taking responsibility for the people. Villagers described feeling disenfranchised and ignored by the state. With an apparently unconcerned government on the Nepali side and their presence challenged on Indian soil, the people of Susta are stuck in a sort of no-mans land. 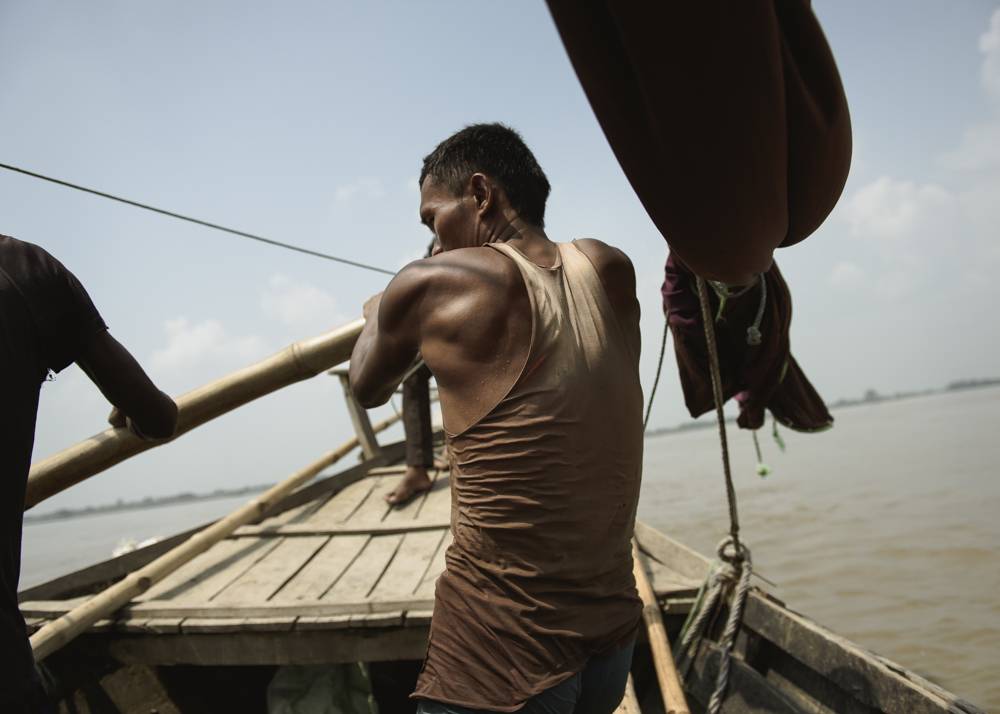 What do you think the future for your photography will be?

I’m not too sure. I’ll be concentrating on the Nepal project until early next year probably. I’d like to show it to some NGO’s or charities involved with displaced peoples or water related projects and possibly work with them. It would be great to have an exhibition and maybe produce a book when I feel the project is ready. Once I’m back in the U.K though I’d really like to spend some time around the coast. I’ve wanted to make a series on tide pools for a long time, so maybe that.

The long-term goal is to work on editorial commissions and continue to work on personal projects and develop my own practice. But ultimately I’d like to keep making socially and environmentally concerned stories.

Are there any other up and coming photographers that you think people should know about?

Admittedly, I haven’t been keeping up with what’s going on in the photography world much recently. I saw some great work in London last spring by photographer, Christopher Bethell about the American strand of his family, it’s history and its fictions. I recently came across a photographer from Russia called Maria Gruzdeva. I really liked her work on the borders there.

Here in Nepal, there’s a really great organization call Photo.Circle. They had a great exhibition of young photographers from Kathmandu a few weeks back that was from a storytelling workshop, on the identity of the city and its inhabitants. They’ve made some great publications and do a lot of work to support photography that engages with social change.

How did you hear about PhotoVoice and how do you think your work relates our vision and mission?

I’ve used Metro Imaging a number of times in the past and found out about PhotoVoice through them.

I think my work has an affinity with the ideas around representation promoted by PhotoVoice. Part of my current project, Susta especially, aims to tell the stories of some groups of people that are often on the periphery when it comes to public awareness of their situations. A lot of photography for me is about the sharing and communication of human experience and respectfully portraying subjects whose stories may otherwise go untold and it strives to bring those stories to a wider audience. 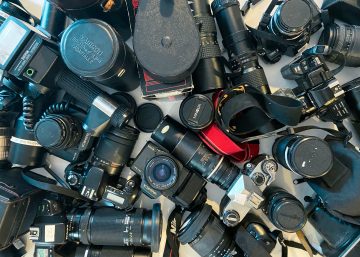 Thank you for everyone who attended our recent camera sale and our retrospective exhibition. We... 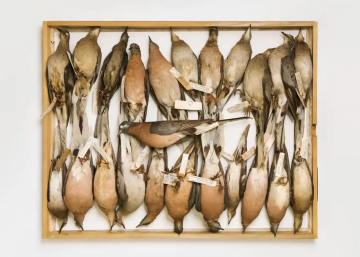 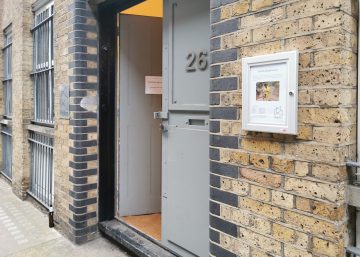