BRACED – Building Resilience and Adaption to Climate Extremes and Disasters

Building resilience in communities vulnerable to climate extremes and disasters in high-risk locations in Ethiopia.
BRACED – Building Resilience and Adaption to Climate Extremes and DisastersPhotoVoiceSeptember 16, 2015June 29, 2022 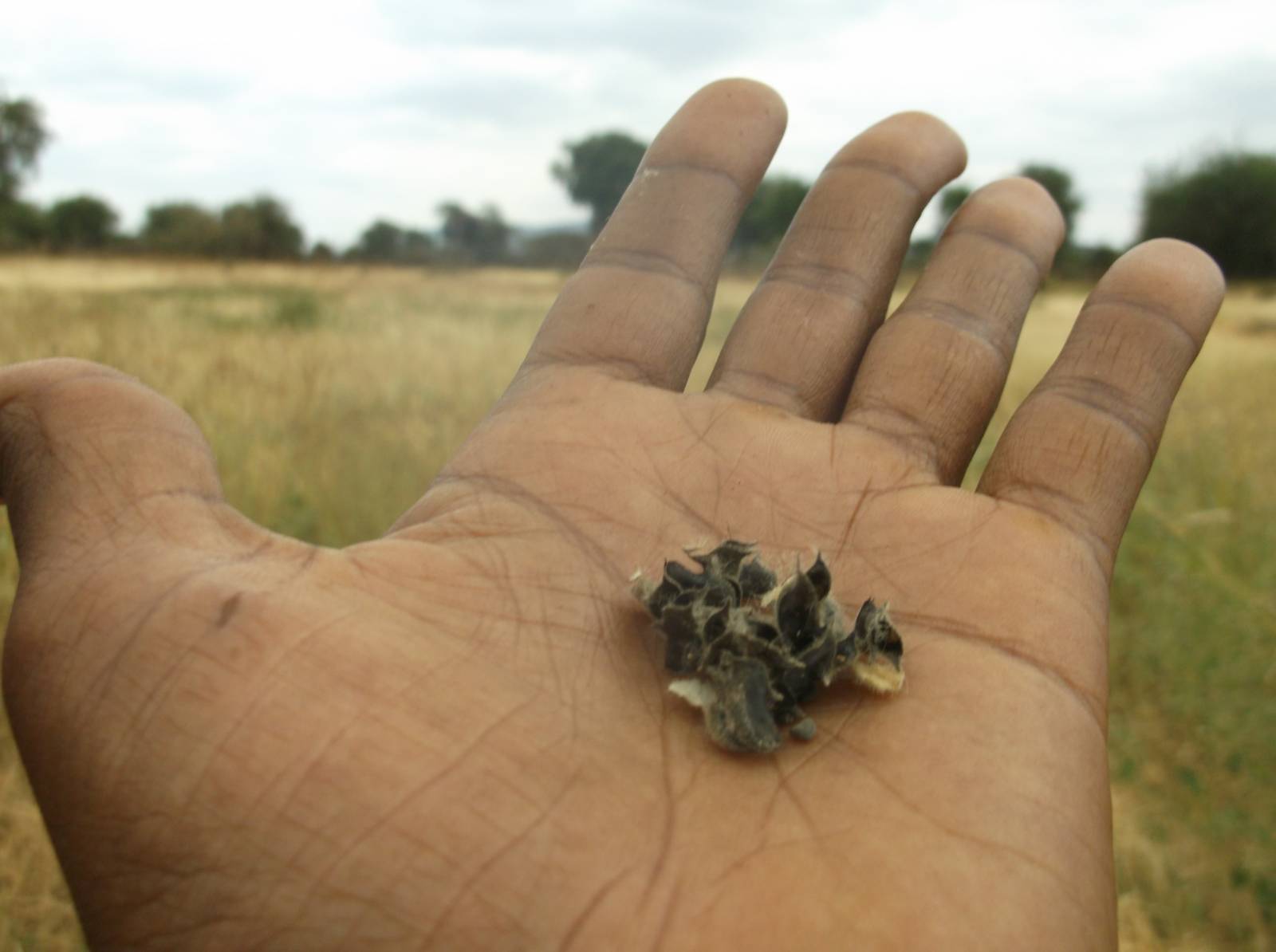 Building resilience in communities vulnerable to climate extremes and disasters in high-risk locations in Ethiopia.

PhotoVoice worked in partnership with Christian Aid as part of on-going programme called BRACED, which aims to build the resilience of vulnerable communities to climate extremes and disasters in high-risk locations of Ethiopia.

PhotoVoice delivered workshops to community members in the Oromia region of southern Ethiopia, training 11 Local Monitors to use photography to capture the benefits, challenges and successes experienced through the BRACED programme over its first year. The project aims to build individual capacity within vulnerable communities whereby their insight will inform BRACED programme over the coming 3 years, and their voices will be included in the development of future climate change resilience  building programmes,

Climate change is having significant impact on climate extremes in East and West Africa. It is increasing the frequency and intensity of droughts, and threatening already vulnerable livelihoods and the existence of some remote rural villages.  It is also undermining the traditional indicators (such as livestock behaviour) that farmers in these regions have used to predict the weather and seasonal climate, limiting their capacity to adapt and protect their livelihoods.

In rural Ethiopia, these challenges are made worse by communities livelihood dependency on livestock and agriculture, limited access to externally generated weather and climate information, and the low capacity of local actors to respond to climate extremes. Barriers to communities responding to climate-related shocks include misconceptions and a lack of knowledge surrounding the causes of problems such as drought; attitudes and social norms among some groups which discourage changes, such as livestock reduction and crop diversification; as well as low levels of resources to respond to these threats. Addressing these difficulties and building the resilience of vulnerable people to climate shocks and stresses is an immediate priority and the aim of the Christian Aid-led Building Resilience and Adaptation to Climate Extremes and Disasters (BRACED) projects.

BRACED is a 3-year, DFID-funded programme, which began in 2015 and which aims to help people build resilience to climate-related threats in 13 countries. Christian Aid is leading two consortiums in Ethiopia and has partnered with local NGO HUNDEE to deliver BRACED initiatives to pastoralist communities in Adegalchet, Oromia, with the aim to influence climate policies and practices at the local, national and international level. The initiatives seek to build the resilience of vulnerable people to climate shocks and stresses through strengthening climate information services, risk communication, behavioural change and the sharing of skills and technology.

In order to record the progress of the project, Christian Aid has partnered with PhotoVoice to provide selected community members with cameras and training as Local Monitors. In August 2015, PhotoVoice began by training staff from local partner organisations in participatory photography theory and practice, providing the skills, which will be utilised by the organisations in their ongoing engagement work. PhotoVoice then travelled to the Adegalchat locality in the Yabello District where participants, representing a wide cross-section of the Adegalchet community were provided with participatory photography training and a platform to voice their opinions and identify the most important developmental and climate change issues affecting their community and determine the evaluation areas based on their personal experiences, expectations, fears and aspirations regarding these issues.

Over the course of the next year, these Local Monitors will document their experiences of change within their community and lives as a result of BRACED project, promoting participant and partner learning and providing insight which can inform future BRACED programming.

“Previously, information was shared in words, but this practice is better as photographs can speak and create more sound than words […] The training has enhanced our community’s awareness about the impact of climate change and we are now engaged to consider the measures that should be taken to reduce its impact.”  – Project Participant

The workshops provided valuable insight into the direct impacts of severe weather on livelihoods and contributing factors which can limit or expand capacity to cope with climate change, including local knowledge on opportunities to build resilience and minimise the community’s vulnerability to these impacts.  A local community engagement event and exhibition showcased selected Local Monitor baseline photographs to celebrate the achievement of participants.

The exhibition was attended by the participants themselves, and members of the community, community leaders and Elders and members, and representatives from local government and other NGOs, and was a powerful opportunity to inform the wider community about the participatory photography project and community monitor network, and spread awareness of the aims and activities of the BRACED project.  The Village Head reflected on the impact of climate change to the community and the value of projects such as PhotoVoice in highlighting these issues and amplifying the voice to those directly affected by them:

“In the past, we have experienced so many different interventions from NGOs. The PhotoVoice project was different and stood out as it supported the community to tell their story through photos. I greatly appreciate the hard work that the Local Monitors and trainers have done in raising important issues – we are proud of them and, as a whole community, it has helped us realise the problems we have so that we can work towards finding solutions.”

In March 2016, Projects Manager Kate Watson returned to Yabello to conduct follow up field work which focused on the evaluation of the project. The participatory evaluation workshops captured the experiences of Local Monitors and provided insight into the impact of the PhotoVoice project in Christian Aid’s ongoing participatory monitoring and evaluation the BRACED programme, informing recommendations for the further future incorporation of the photovoice methodology in future BRACED programme activities.

In the Adegalchat community, strong progress has been made in addressing issues relating to climate change and increased resilience to cope with the changes this issue brings . The project has successfully managed to build the individual capacity of Adegalchat community members, creating a strong group of skilled Local Monitors who are now able to include their own, and the wider community’s voices in the development of climate change resilience building interventions. The images produced provide a clear picture of the issues around extreme and/or erratic weather events at both a personal and community level, and offer valuable insight into the ways in which communities like Adegalchat can work with Christian Aid and local implementation partners, HUNDEE to adapt and modify behaviour in response to the challenges climate change brings.

Participants report increased empowerment and agency in identifying and communicating priority areas for development and climate change adaption, and their work has led to an increased awareness of the issues and resilience building strategies in the wider community. Increasingly, participants are able to communicate their priorities and perspectives and have influence at various levels of decision-making, including HUNDEE, the community and at a local and Wordea governance level, both in relation to issues around the BRACED programme and in other community priorities.

“Though we are illiterate, we have studied hard during our training, we have discussed the challenges of this work and explored the solutions. Were can use these skills to explore and communicate issues- property, drought and resource management. Now we are ready and equipped to cooperate with HUNDEE and engage in representing out community…We are able to participate.” – Local Monitor

“They don’t just take photos to show the challenges the community and they as individuals face, but they have also become analytical and critical in their description of the images and their captions, using them to propose solutions and promote behaviour change. This gives us hope as Administrators that with support, the community has the capacity and potential to be involve and direct positive change.” – Wordea Administration Government

The project has successfully led to an increased confidence within the community and wider stakeholders in working together towards achieving BRACED programme objectives in a model that is strengthened by local insight and a collaborative approach to change.

Local Monitors have effectively adopted the role of community representatives and are able to bring their own expertise and concerns to community development planning, and importantly, advocate on behalf of the wider community, highlighting collective concerns and opportunities and raising the voices of less represented community members.

Local partners, HUNDEE credited the PhotoVoice methodology as an extremely useful monitoring and evaluation tool, providing their organisation with new insights into the experiences and expertise of their beneficiaries, and are keen to explore its potential in ongoing communications and advocacy work.

Ethiopia Through a Lens – Christian Aid

Feature Image: © Kula Taro Wariyo / Christian Aid / HUNDEE / PhotoVoice / 2015  “I want to show the effects of drought – everything becomes dry, including the seeds which bring resources. On the ground the seeds weren’t visible so I have learnt to be active and use my hands to place things in order to reveal the reality of the situation.” 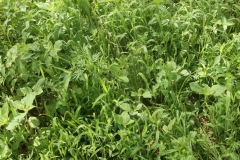 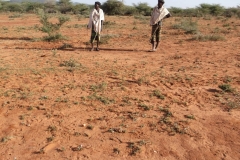 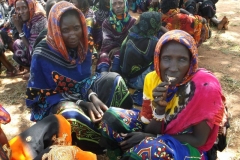 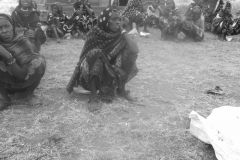 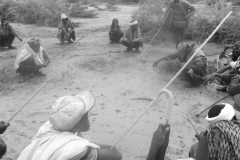 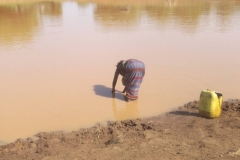 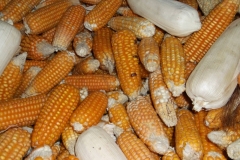 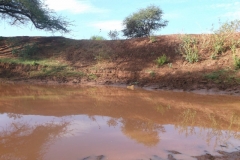 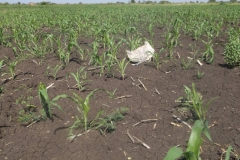 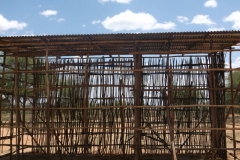 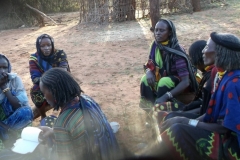 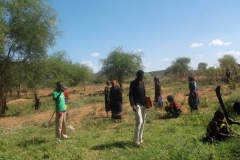 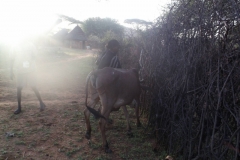 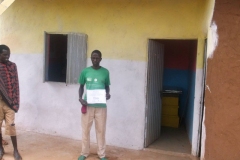 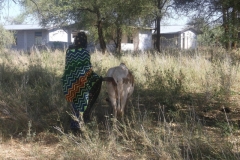 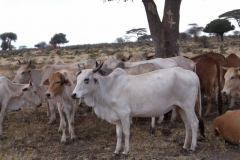 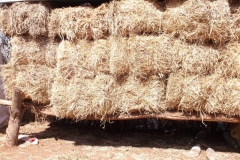 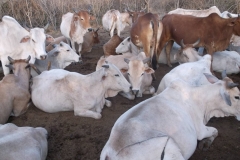 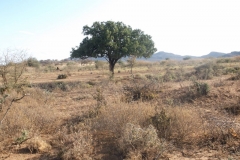 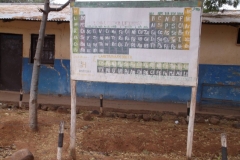 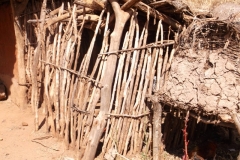 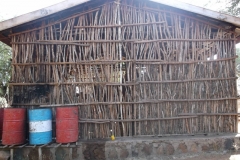 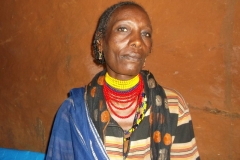 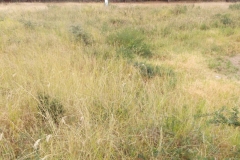