Children as Agents for Change

Travelling up a mountain in a foreign country at night, in the pouring rain, and the only inhabitant of a two carriage train was not quite how I expected my first speaking engagement with PhotoVoice would start. But there I was, on my way to the Caux hotel in Switzerland to attend a conference titled ‘Children as Advocates for Transforming Society’.

It was nearly midnight by the time I arrived, and the hotel was mostly quiet. I knew that the conference had a delegation of children attending from across the world, and I assumed that most of the hotel’s occupants were asleep. Still, it seemed empty, not my usual experience when attending conferences.

In the morning, I looked out of my hotel room window. A thick layer of fog made it difficult to see past the road below. I put on my suit, and headed down for breakfast in the large dining hall. I was somewhat taken aback by the sight of hundreds of children sat happily eating breakfast. Others were serving food, clearing tables, and helping out in various other ways.

Luis, one of the conference organisers, sat next to me and gestured at my tie. “You might want to tone all this down a bit.” he explained, “we’re pretty informal here.” He was right, but that didn’t stop the conference from dealing with some really important issues.

I was giving a talk in a session called ‘Children as Media Makers’, which explored how children can use different forms of media for advocacy and communication. To my delight, I discovered that four children who’d been participants in previous PhotoVoice projects in Albania and Romania were also attending the conference. They joined me, and helped transform what might have been quite a dry presentation targeted at adults into a moving account of their own experiences as PhotoVoice participants.

Children and young people talk of their places through their photos. @PhotoVoice @CATS_Caux #CATS14 pic.twitter.com/siUKLep3ov

Our session was staged to look like a television programme, and I was one of the guests on a chat show. Puppets gave breaking news reports from across the hall, advert breaks managed to communicate important information, and floor managers held cards aloft which encouraged the audience to cheer and clap.

A professional conference like no other. More kids, less ego! Inspiring! #CATS14 pic.twitter.com/4RPZtLCz5I

When the fog finally lifted, I was presented with a stunning view of Lake Geneva, making me realise even more just what a special setting I was in. Over the next two days, I met some wonderful people, learned about some amazing programmes taking place throughout the world, and got to see first hand the powerful impact of our projects by getting to know four children who’d been part of them.

We also ate fondue to celebrate Swiss Day, marched even higher up the mountain to watch fireworks, and were entertained by presentations and performances devised by the children.

It was the second year of the conference, with another three scheduled at the same place, and I’m sure it will continue to explore important topics, gather views from around the world, and find ways of seeking solutions to some difficult issues. As the conference closed, and the train took us back down the mountain, I noticed children hugging their new friends, all emotional, and some crying with the sadness of having to say goodbye.

For me, I couldn’t have asked for a more wonderful – and frankly strange – experience for my first public appearance as CEO of PhotoVoice. And after three days up the mountain, I completely understood how those children on the train platform felt as they waved farewell. 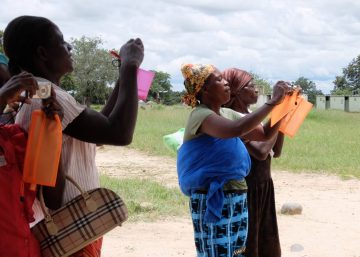 A thousand more words on the photographs of Alan Kurdi, one year onKate WatsonSeptember 5, 2016July 22, 2019 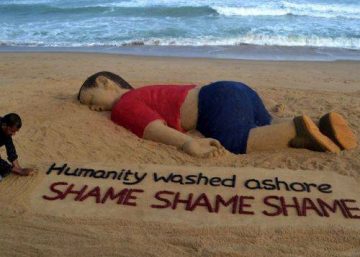 September 5, 2016July 22, 2019|BY Kate WatsonA thousand more words on the photographs of Alan Kurdi, one year on

12 months ago, Russell Watkins, a PhotoVoice trustee wrote ‘A thousand words on the photographs... 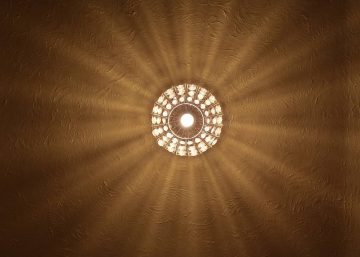 11/08/2016 For young people who have experienced or are at risk of sexual exploitation; defining,...