#Dysturb & The Expansion of the Frame

Kyla Woods from #Dysturb, a community that aims to make photojournalism accessible to a wider audience by placing large scale news pictures in the streets, writes for PhotoVoice on the future of photojournalism.

It has been on the lips of every photographer, picture editor and producer for the past five years, and each year photography festivals have, without fail, devoted numerous panel discussions to it – yes, the media industry is experiencing a revolution. So, what is actually happening? We are seeing a major shift; the freelance industry is booming (sometimes to our detriment), publications have dramatically cut investment in photography, media outlets are moving away from traditional formats and public distrust in larger mainstream media is on the rise. But there is one other thing that our industry needs to consider, and it involves the expansion of the internet.

The convergence of technology coupled with an abundance of social networks has left our entire profession a little bamboozled. You might hear peers ask “Are you on Instagram?” or “SnapChat has the most unique users, do you use it?” Whether it be Periscope, Peach, Twitter, Facebook, Vine – if you work in media, this is your moment to show the world what you’ve got.

It was in the midst of this exciting period that #Dysturb was born. Two years ago, we gathered a group of photojournalists and brainstormed a new way to highlight our stories whilst simultaneously disseminating them to a larger audience. Instantly we knew the streets would be our canvas, and social media our tool of choice. The reason for this? We want to make photojournalism accessible. 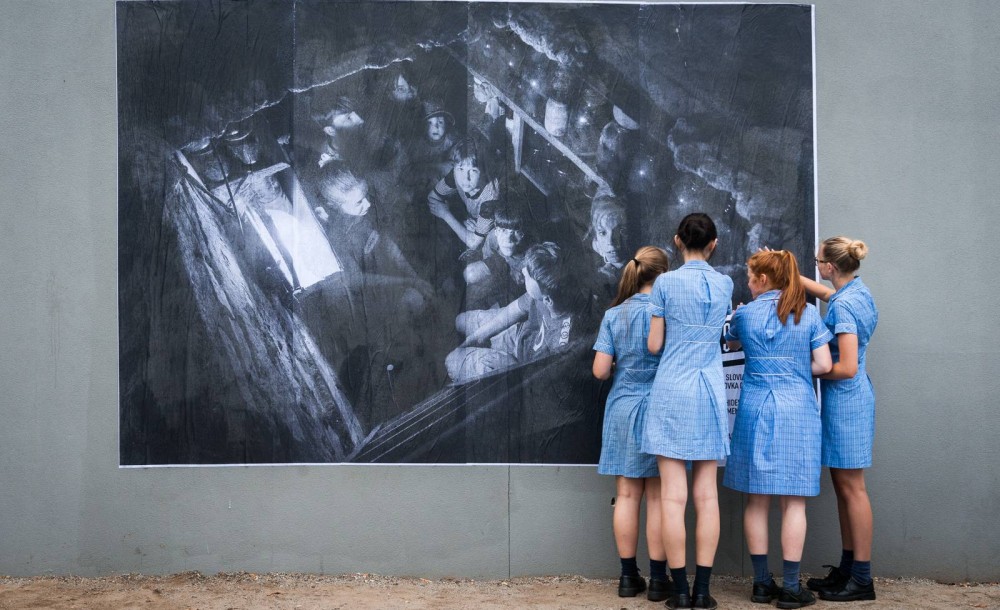 The importance of the image is reinforced throughout our everyday conversations. In particular, photojournalism not only conveys current information, but also challenges stereotypes, triggers debates and ultimately raises awareness about international news that is impacting our society as a whole.

Since the creation of #Dysturb, we have pasted approximately 500 photographs taken in more than 25 countries. With over 200 photojournalists actively contributing to our project, we’ve crossed oceans and #Dysturb-ed major cities such as London, Paris, Sydney and New York. We’ve also participated in numerous festivals, taught at schools and universities, and have collaborated with the large organizations such as the United Nations. It really has been a journey, but we are looking to go further.

In December of last year, we worked with Magnum Foundation, Yale School of Forestry & Environmental Studies, and students and research residents of the Interactive Telecomunications Program (ITP) at NYU Tisch to create our first interactive campaign. Titled #reframeclimate, we coincided this project with COP21, and combined the research conducted by Yale FES with award-winning photojournalism and an SMS interaction that allowed users to access photojournalists’ telling the ‘story-behind-their-image.’ Although we looked to primarily engage a specific audience within France, we ensured that this information could be readily accessed by the international community by adding English audio and text. 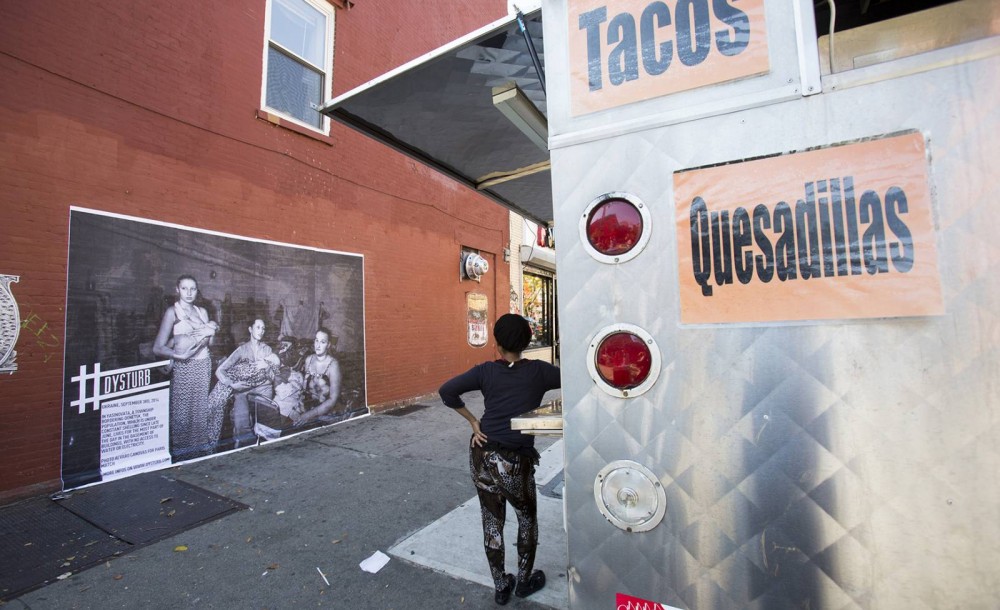 ‘Ukraine, September 3rd, 2014 In Yasinovata, a township bordering Donetsk, the population, which is under constant shelling since late June, lives for the most part of the day in the basement of buildings, with no access to water or electricity. Photo Alvaro Canovas for Paris Matc’ (Alvaro Canovas for Paris Match pasted in New York, photo by Capucine Bailly / Dysturb)

The collaborative International Women’s Day 2016 campaign was another more recent example of how we’ve attempted to engage a global audience during a campaign. #Dysturb joined forces with the European Parliament to paste images in three countries, with the intention of raising awareness about female refugees who have journeyed through Europe to escape their war-torn countries. One of the biggest challenges of this campaign was to have the imagery interact with the country’s inhabitants, yet also with a global audience. The #Dysturb team traveled to Barcelona, Paris and Brussels with images taken by Marie Dorigny, Sergey Ponomarev, Marko Djurica (Reuters), Mads Nissen, and more, and each paste-up included a caption in the country’s native language. We then disseminated information regarding the paste-ups and photographers in both English and the country’s own language – the feedback was overwhelming!

It has been a long road, but these steps of experimentation are leading us to more exciting collaborations and it is this willingness to experiment that will help others in our industry to move forward.

Feature image – ‘October 25th, 2014, Hong Kong. A protester stands at the police from the crowds in Mongkok in Hong Kong. While the main protest site remains peaceful Mongkok is still a potential flash point. Sunday will start a two-day referendum to gauge protesters response to government proposals to end the street occupation that have been going on for a month.’ Paula Bronstein / Getty images pasted in Paris (75013), France. (Photo by Benjamin Girette / Dysturb)