Founder and Executive Director of Cameras for Kids, Daniel Wessell writes for us on his passion for participatory photography and the story behind his organisation.

Life has a funny way of unfolding. One door leads to another and before too long you’re swept up in a whirlwind.

Back in 2013 I was a photography student at Columbia College of Chicago where I was studying for my Photography BA. I was charged up in my convictions and politically motivated. I was teetering on the fine line of photojournalism and documentary photography. I had taken a course called ‘Human Rights.” It was that course which made me think long and hard about how I could bring about some sort of social justice through photography.

I had learned about the Universal Declaration of Human Rights, seen footage of the Nuremberg trials, and I was interested in creating documents of my own, which I would eventually use to hold others accountable for their actions. Needless to say, I was ambitious in my sincerity.

I began to research what I believed to be different types of human rights violations. The offenses regarded use of lands that had been annexed by the United States Government. One such case was in South Dakota, after pushing the Lakota people off of the Black Hills the U.S. government began extracting enormous amounts of gold to pay for future wars. However, there was a much worse problem at hand, which still plagues the Lakota people today. The U.S. government began issuing permits for uranium mining near the Black Hills and the Pine Ridge Indian Reservation.

One trip after another, I searched the local region for signs of this encroachment. I met a Pakistani man named Rohit Sharma who was developing his dissertation on the effects Uranium mining had on ground water. He gave me the coordinates for where he found his highest concentrated samples of the uranium byproduct, radon. I plugged the location into my GPS and set out in my rental car. It wasn’t long before I was off-roading through what seemed to be a Robert Frost poem before I bottomed out my car and came to a cattle fence reading “trespassers will be shot.” After some disappointment and self-reasoning I realized that this part of the story was too big for me and I decided to go back to the reservation and learn more about those I knew were being affected. 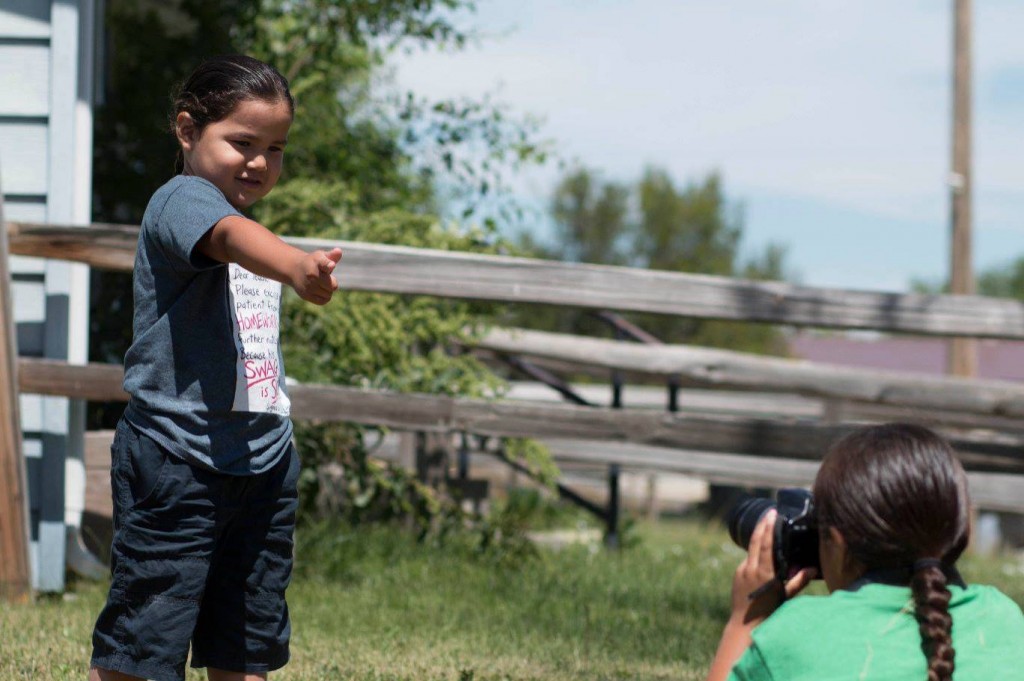 After a series of long and lonely car rides back and forth to South Dakota, it was becoming evident to me that there were community members who were tired of outsiders painting their plight. All of the national news outlets had published arguably harmful exposés on various social issues plaguing the Lakotas, from alcohol abuse to a youth suicide epidemic. So, I decided that I should put down my camera and instead children of the Lakota community should take their own photographs. Everyone has a story to tell. We just need to hear each other.

We built our first pop-up darkroom on the reservation in May of 2014 and a fellow classmate donated our first batch of plastic 35mm cameras, which our students would use for years to come. The way that the young people’s eyes would open up and grow wide as the images slowly appeared in the developer gave me purpose. Witnessing their wonderment was what made me think; “We can’t stop here, we must come back.”

For three more summers I returned to the town of Kyle, South Dakota with a team of volunteers. 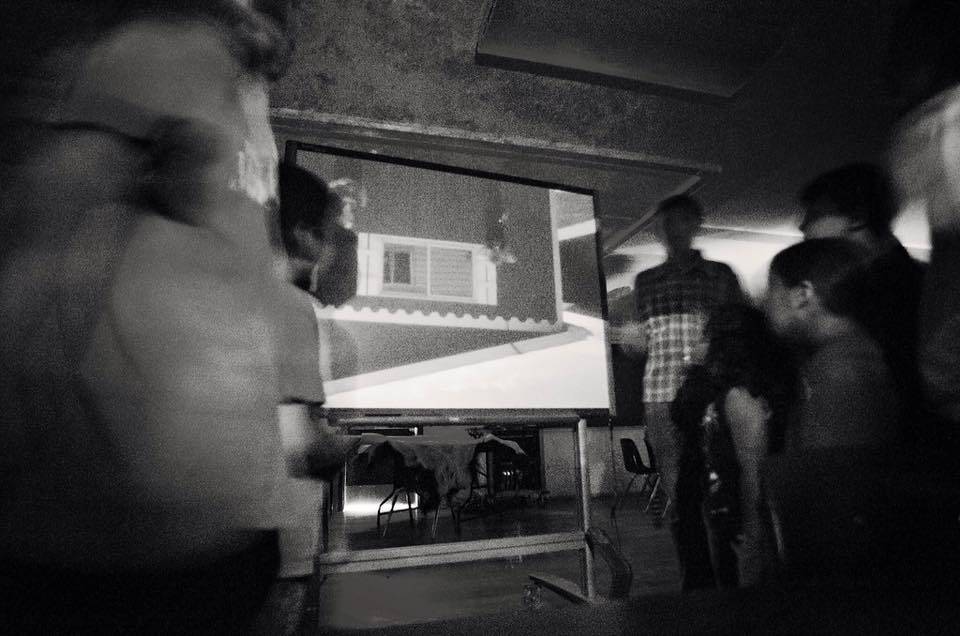 In the fall of 2016, my partner Audrey and I moved to Ho Chi Minh City, Vietnam for Audrey’s work. I had come to Vietnam prepared with seven digital point and shoot cameras and eventually I began to look for a new place to hold a Cameras for Kids workshop. A young man I met aided me as a partner and as a translator between myself and local shelters and organizations. After teaching a couple of 1-day workshops at various youth shelters we found Bung Sang, a youth shelter and learning center for the blind and visually impaired. Working with the kids at Bung Sang really bent and twisted my understanding of photography and how I saw the world around me. I discovered technology that helped the visually impaired see through raised tactile imagery.

While time has passed my love for teaching children photography has not waned. A little more then a week ago we launched our first GoFundMe campaign to fundraise for digital cameras and a printer! In June of 2018, we will be holding our 5th Free Annual Cameras for Kids Workshop on the Pine Ridge Indian Reservation and we’re looking ahead to holding our first-ever workshop in Milwaukee, Wisconsin in the fall.

Sometimes, I ask myself what am I doing? Why have I come to Pine Ridge? Why am I not making my own work? And then it hits me, the work of these children is my work and they give me great purpose.

You can support the Cameras for Kids fundraising campaign here.