Having fled their homes in the hope of starting a new life free from violence, refugees have found themselves victims to hate crime fuelled by prejudices and racism. Photojournalist Cinzia D’Ambrosi has been capturing these underreported stories in the hope of changing misconceptions and ending hate crime.

In June 2015, I was invited to a photography residency in Athens by M55, a photography residency and gallery.  It was during this stay that I was drawn to the stories of victims of hate crimes and began a long term photographic documentary project called ‘Hate Hurts’. I began capturing the lives of refugees in the Greek capital in refugee centres, those left in the streets, in camps in Piraeus’s harbour and in the disused airport Ellinikon. My attention was quickly drawn to the stories of unsolicited stop and search from the police, maltreatment, physical, verbal and psychological attacks. Victims have shared horrific tales of brutal attacks and episodes of discrimination.Yet, these crimes often go unreported because of the victims’ vulnerability and mistrust in law enforcement. The very people meant to protect them are often among those maltreating them. Refugees of African origins seem to be the most vulnerable and at risk of being targeted. Many have reported that they have randomly been taken into custody, kept in for hours without any explanation, water or food, before being released. The unlucky ones have been in and out of detention centres. 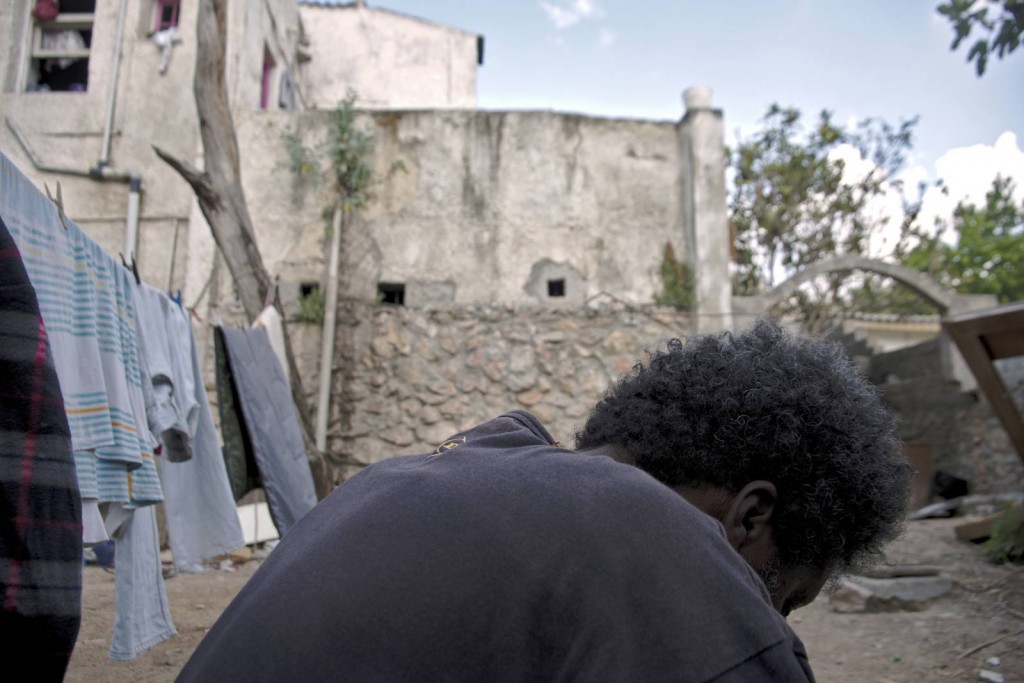 © Cinzia D’Ambrosi ‘Arbitrary stop and search is very common particularly if you are black. If you cannot show a permit to stay you are taken to the police station or you end up back in a refugee detention centre where initially you came from’ H.

This project is also focusing on the many refugees that are forcibly living at the margins of society, at times even for years in what it is perceived to be a political decision of containment adapted by most governments in Europe. Built on layers of impenetrable bureaucracy, prejudice and racism combined with unscrupulous media reporting for political gain, governments in Europe have created a fictitious ‘justification’ for ‘those unwanted’ to be kept in a state of geographical and psychological limbo. In other words, it seems that after fleeing from conflicts, turmoil, drought, food scarcity and ISS, refugees in Europe are facing a darker fight: racism.

The scale and repercussions are still under-reported, whilst current media reporting has created further misery for refugees and migrants. Being portrayed as terrorists, invaders and job snatchers has further alienated them from our societies. With ‘Hate Hurts’ I am hoping to open a greater understanding of the effects of racism and prejudice on the lives of refugees and migrants in Europe. By exposing these crimes, whether silent of viciously marked on the bodies of the victims, I am highlighting the need of a greater awareness on the dangers of far right thinking in our countries. I also hope that this project is humanising the refugee crisis by providing a voice to those that came to our shores in need. By shedding light on hate crimes this project aims to become a catalyst in putting a stop to these injustices before they become normal occurrences. 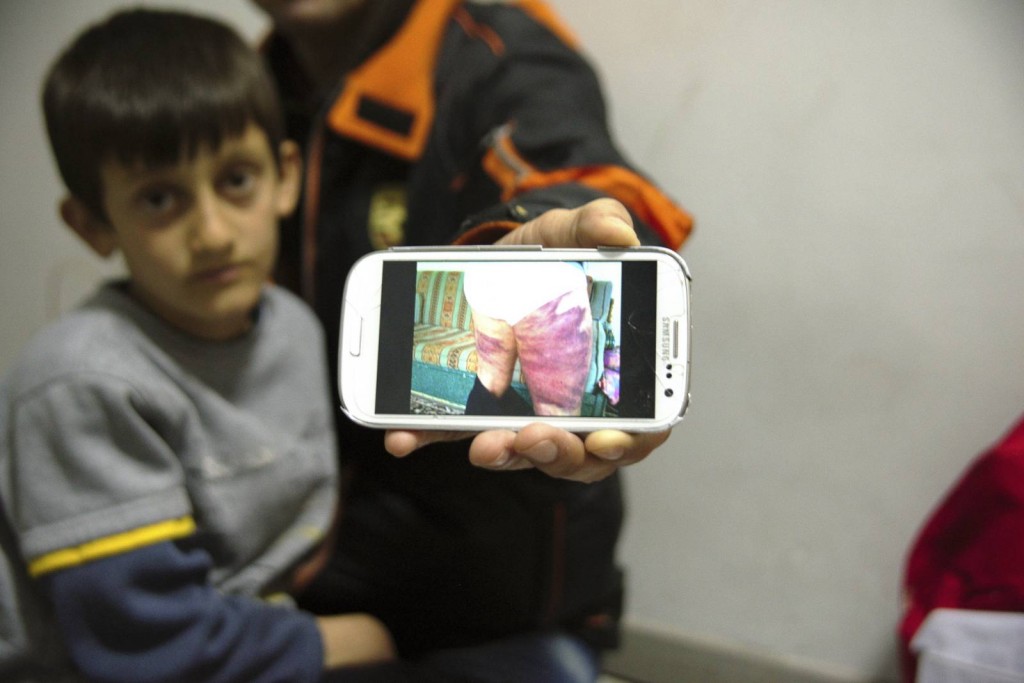 © Cinzia D’ambrose ‘Argi has escaped from Kobani in Syria with his family. He has been a victim of tortune. Now, he walks with the aid of crutches. He explains that he had to leave to save his life.’

‘Hate Hurts’ is a long term journalism documentary photographic project which aims to bring to light stories and socio-political situations in various countries in Europe. My objective is to continue with this documentary work in researched areas that have a higher influx of refugees and hate crimes and to bring forth collaborations along the way. To date, ‘Hate Hurts’ has had the support of Amnesty Greece with a solo exhibition in Athens along with a talk event with invited speakers from Amnesty Greece, Tina Staurinaki, coordinator of Racist Violence Recording Network and UNHCR, and myself (March 2016). The Italian human rights organisation PerDirittiUmani has presented the project in Milan in a dedicated exhibition at the Centro Asteria and a talk event with Paolo Pobbiati, spokesman of Amnesty International Italy.

You can find further information about Hate Hurts here and articles on hate crime by Cinzia D’ambrose here.

Please do not hesitate to get in touch with Cinzia if you wish to support the project in any way. All support, either in endorsements, donations or partnerships is what makes the project possible.

Feature image: ©Cinzia D’Ambrosi ‘I heard people behind me shouting “Malaka” [wanker] and immediately after someone started to slapping me. I asked ‘Why?’ but they just carried on attacking me, throwing me back and forth like a football ball. Then I saw a knife been taken out and I was knifed. I collapsed. I was left for dead on the pavement before the police was called six hours later. The police station was 2 minutes away.’ Sila, asylum seeker from Guinea.