21/02/2018 Deborah Strauss and Vitali Krivich share with us their participatory photography project at the Holot detention centre in Israel, working directly with refugees before they face deportation.

In a few months Sudanese and Eritrean refugee seekers currently living in Israel will be deported. They have two options: take a flight to Uganda or go to jail in Israel.

Israel has a population of 40,000 approx. African migrants. The majority have travelled from Eritrea and Sudan to escape ethnic violence in the hope of finding a better, safer life. When they finally reach Israel, they find that its government sees them not as migrants but as ‘infiltrators’. It is believed that government policies were put in place to actively demoralise and displace migrants so that they would ‘voluntarily’ leave Israel.

“Until I have the option of deporting them, I’ll jail them in order to make their lives miserable” – then Interior Minister, Eli Yishai, 2012

One such policy stipulates men below the age of 60, who are not supporting a wife or child in Israel, be summoned to a detention centre for 12-month periods. The detention centre ‘Holot’ located in the middle of a remote dessert is soon to be closed and asylum seekers will be deported. Members of the facility are currently holding a hunger strike and around 800 asylum seekers demonstrated outside the Saharonim prison in Negev on Thursday. Protesting the detention of the first candidates for deportation, the protesters shouted, among other things, “We are not criminals”.

The Last summer at Holot Residence is an application of the photovoice method with a group of asylum seekers imprisoned in the Holot facility. Using the language of photography, the participants chose to represent and share the reality of life as an asylum seeker in Israel. Participants, Abdala, Atakali, Yehshelu, Thomas, Hagos, Salomon and Bimant hope that their voice can challenge and influence the social discourse of thousands of asylum seekers in Israel. 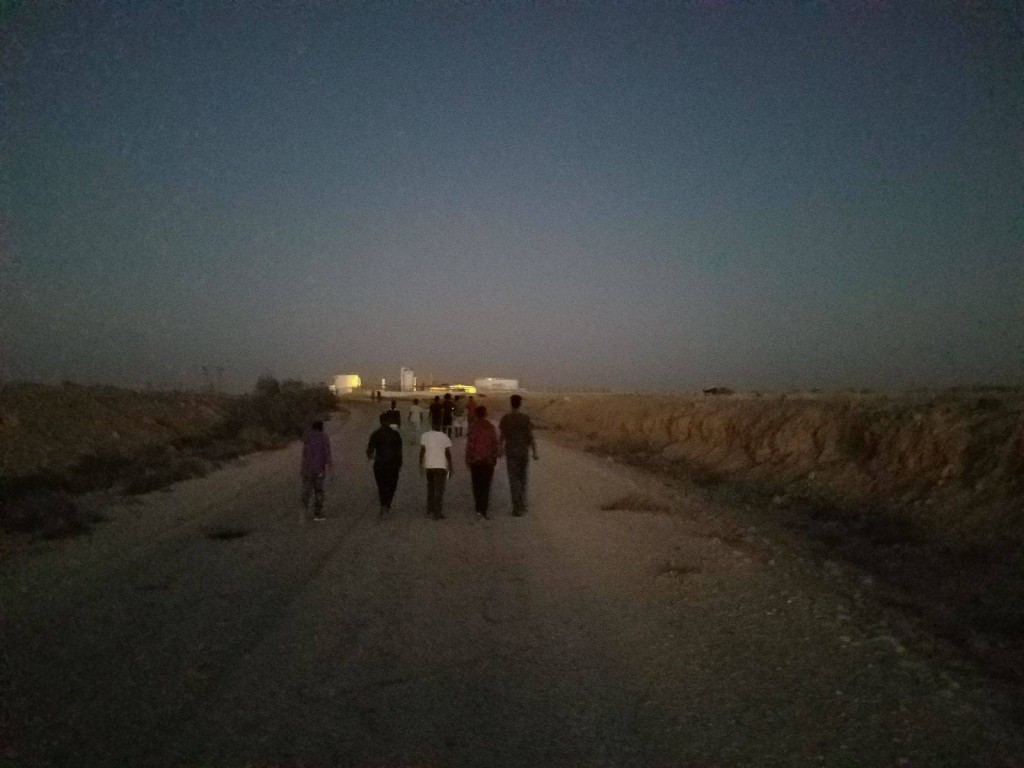 “People walk in the dark. People who are in a time of darkness. No one knows where to go. Refugees do not know where to go. Everyone ran away Like most young people, I did not really understand what was going on in the country, until I saw my friends being forcibly removed from the army. They have not returned to these days. I ran away twice, in 2006 to Israel, and then I was brought back and again in 2009.” – Thomas 28 years old

Participant, Abdala writes: “I left Eritrea in 2011, arrived Israel through Sudan in 2014 when I was 21. Today I am 28. I remember a long bus ride after they picked me up from the border. The next place I remember – a central bus station in Tel Aviv. There, they took everyone who came with me and simply told us all to “get along”. I did not know anyone here. After a brief period in which I slept in public gardens, I gradually began to manage. I found a job and a small room with a bed. Most of us somehow managed to settle down and start a new life away from home. Here comes a new blow, no less heavy than the previous ones.

“Expulsion will also destroy the life we barely managed to build here in Israel. They throw us like dogs and treat us like slaves, without any rights. At least no one threatens to kill or cut me. The really bad things I passes on the way here- I do not want to remember it and I do not want to go through it again.

We are not criminals and we do not kill people!!

“I do not understand why Israel wants to expel us to countries that are not good for us. There they will come immediately and take us to Eritrea to the army. Who wants it? This is the reason why we ran away. Till this day I find it hard to understand why they brought us from the border to Israel, but no one really cared about us and our problem properly. We looked for a temporary shelter here.

“We have a group of people in the Holot Residence  who think together how to change the situation here and in Eritrea and how we will be able to return safely. But in Israel you cannot be stronger as our friends who are in Europe or the United States. There somehow people managed to get along, got all the appropriate permits and started working and earning a living with dignity. Their place is safer than ours. They get help, work properly; and here all the time there is pressure, all the time politics, people do not understand what happens because every moment decide new things and every reality changes inside you.

Here I am in the same situation as I could be in Eritrea. I think about it all the time. Why is it like this?” 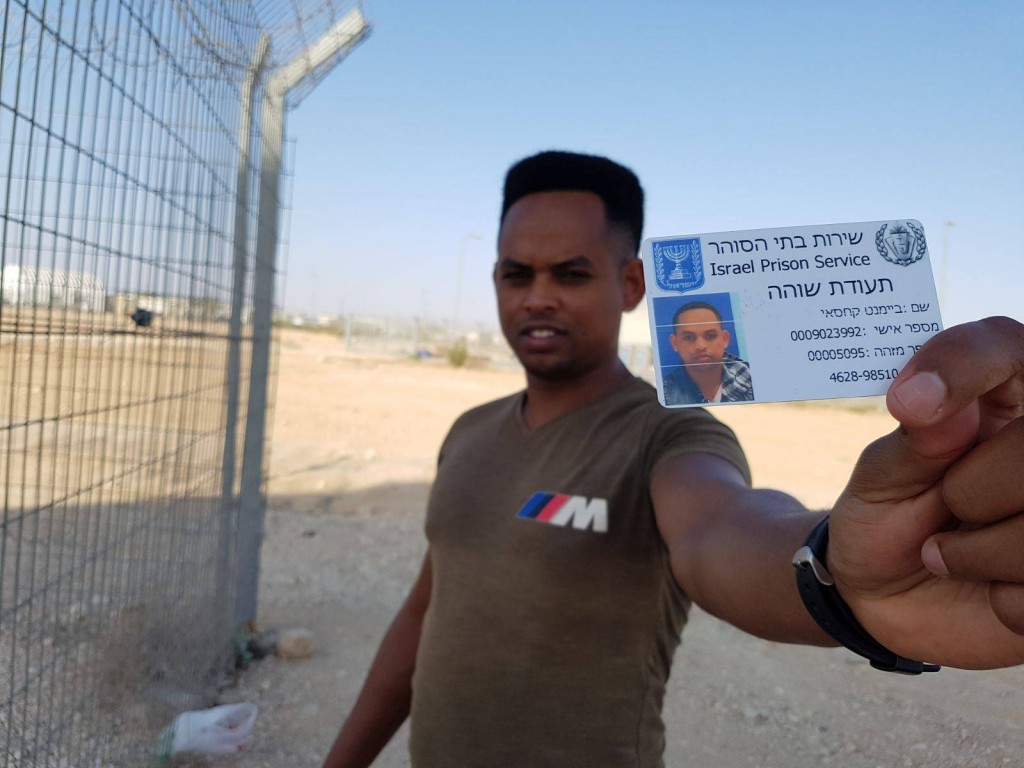 “I saw many mothers who sent boys to the army. A year and another year passed and they did not return home.
I did not get to know my father. He was taken to the army when I was little.
That’s why I ran away because I did not want to have a fate like my father”
– Bimant, 28 years old, 8 years in israel

Participant, Salomon writes: “I find myself just thinking in bed – why should I be here? Why so?  A prison is not a place for a person who wants peace. I did not get here because I wanted. In Eritrea I studied agriculture and I had to stop school because of everything that happened with the government. They arrested people for no reason.

“My dream is to feel human, to have some freedom, get marry have children and be a father. Of course I want to go home but it can only happen when it will be  peace . I left Eritrea in 2007 – In Israel from 2008” – Salomon

Featured image:
“We have no place
We’re engaged now
Justice does not exist
Everyone lives in fear
A man escapes from fire, from what frightens him
We all live in fear.
There was no way to know or to check which country was good for us. I did not know what was going on in Israel. I ran away.
I submitted documents in order to obtain refugee status. Two years have passed and I have not yet received an answer.”