Life between water and sand

Supported by her PhotoVoice training and the PhotoVoice manual, PhD candidate Elaine Flores undertook her own participatory photography project funded by the London School of Hygiene and Tropical Medicine

“Promoting resilience and mental well-being among communities affected by El Niño-related floods and landslides in Peru: Life between water and sand”

There is a strong association between the occurrence of natural disasters such as floods and landslides and the consequences to mental health, especially in vulnerable populations. Unexpected and more frequent disasters arising from the prevailing climate conditions – such as those related to the “El Niño” phenomenon – can be anticipated to occur with more intensity. Areas next to or near natural riverbeds are considered high-risk and should not be inhabited. However, they are usually the only affordable areas available to the poorest citizens from coastline communities, in Carapongo, Peru.

Funded by the Public Engagement small grants scheme of London School of Hygiene and Tropical Medicine, the project took place 19– 28 December 2017 in Virgen de Carapongo health centre. It sought to promote mental health and resilience among the adult residents of Carapongo’s shantytowns. Nine months previously, they were badly affected by the “huaycos” or landslides and floods.

For two-days, photography workshops based on the PhotoVoice methodology provided affected residents with non-verbal tools to select and portray their own resilience motifs – identifying the factors that helped them overcome the difficulties imposed by “El Niño” and engage in an open group dialogue on their shared experiences and mental health needs. 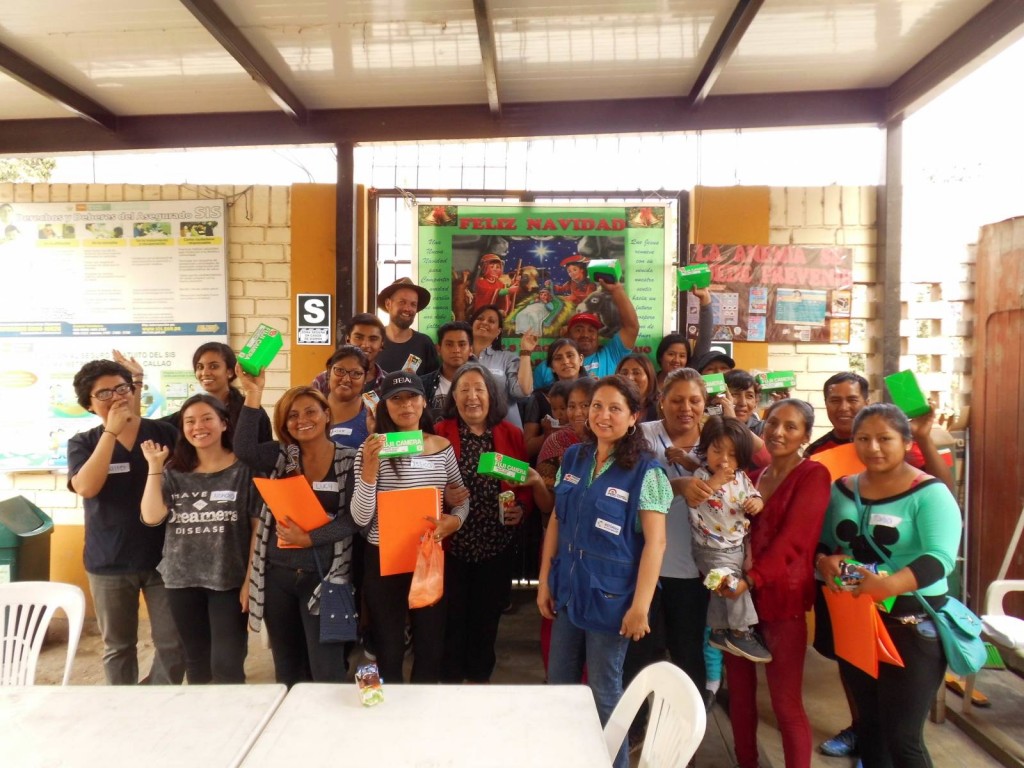 Workshops involved both theoretical and practical activities from taking pictures to express emotions to constructing stories for them to develop their own photo-project. Each participant used a film camera for three days and were encouraged to identify and portray the factors of their resilience process.

“For me, resilience is the capacity of taking out strength from where there is none left”. Participant, age 37

All reported very little previous experience using cameras but the results made a lasting impression on the organising team as well as the participants themselves. They expressed positive feedback on participating and learning new uses of photography as tools for them to share their point of view, personal experiences, emotions or social reporting.

“The workshop was useful for me. Now, I have a camera. I can buy films for it, and continue taking pictures, for example of the works that need to be done (at the river) and I can show them if they are doing it right, or not”. Participant, age 55

One of the overwhelming impressions were the similarity of experiences shared and expressed by almost all of the participants.

“All of us have lived very similar experiences…all who live in the strip (near the river) have lived through the desperation…on trying to get out, how to escape, what to grab…it has been like that… Participant, age 27. 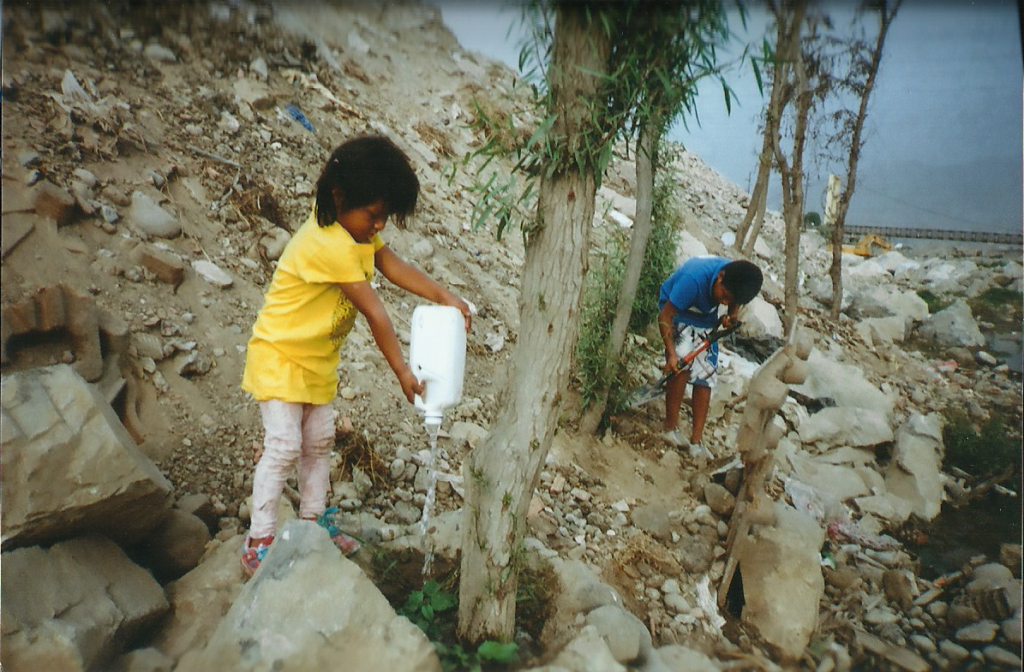 “Fighting against the destruction…helping the nature prevail”

The majority of pictures depicted the Rimac river, where the flash-floods and landslides occurred. Others indicated the harsh living conditions where the participants, lacking basic services such as running water and sewage, live. Their images  highlight their current needs, feelings of despair and worry for similar future scenarios. They do not perceive effective changes or security.

“After showing our pictures, I feel that…especially for whoever live outside Carapongo…that I wanted to make them aware of what we have lived and suffered in this place…I want to share my pictures, spread them, so that they can reach someone…or an organization that may be, would be able to support us…I do not know”. Participant, age 27

It is clear that nine months after the events related to “El Niño”, resilience and mental well-being are topics that are still painfully relevant to these communities who continue to struggle. We would like to thank PhotoVoice for sharing their methodology and providing the participants with a useful tool to express their voices.

Featured image: “We need to be careful of the river…and also take care of it”