My Life in South London: a participatory photo project

My Life in South London: a participatory photo projectPhotoVoiceJune 21, 2016June 21, 2016

James Hopkirk, a writer, editor and photographer for Afghanaid, ClimateCare and the Alzheimer’s Society writes for PhotoVoice on his participatory photography project with the South London Refugee Association.

This week is Refugee Week and in the build up, over the last few months, I’ve been working with the South London Refugee Association (SLRA) to produce a photography project with some of their clients – which was launched this week.

With cameras kindly loaned by PhotoVoice, I ran a series of workshops with a small group of SLRA’s clients at their Streatham HQ and Balham drop-in centre. In these sessions we discussed common media representations of refugees and asylum seekers. The group concluded that they were largely negative and almost always one-sided. Where was the refugee’s own perspective? 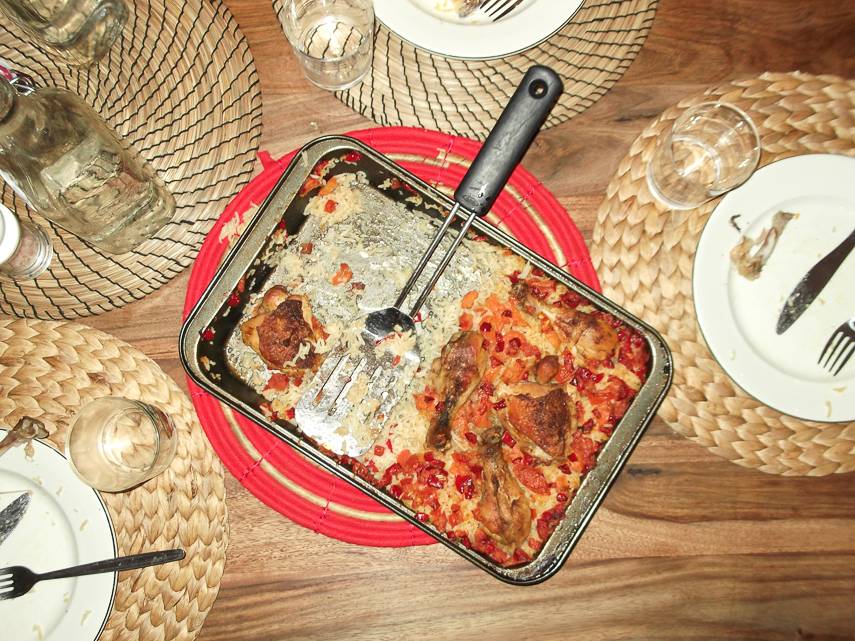 Mirela is a 32-year-old asylum seeker from Albania. She has been in the UK for nearly four years. Her case is ongoing. “This is what I cooked. It’s Albanian chicken and rice. The people whose house I stay in, they love this. Cooking is my passion. If the food doesn’t come out the way I want it to, I get very upset.”

We talked through visual storytelling techniques, deconstructed examples and I offered some general photography advice. The participants were then sent off with cameras and given two weeks to each shoot a story about their experience of life in London – hopefully offering a different view.

They decided what stories they wanted to tell and how to tell them, and in follow-up sessions we talked through their pictures and which would make the final edit. I adapted their comments to provide the accompanying text, but they checked and approved every word before we published.

I wanted them to have as much control over the process as possible, to ensure they reflected their own feelings and experiences, rather than being influenced by my preconceptions. Liz Orton – a photographer and long-time PhotoVoice collaborator – offered me invaluable advice while I was planning this project.

As well as producing a series of photo stories for SLRA and Refugee Week, this was also vital research for me. I’m six months into a two-year photographic and journalistic investigation into the impact of austerity on people living in Lambeth. I’m looking at a single London borough in detail to understand the human cost of this national policy. To do this, I’m working in partnership with seven local charities, of which SLRA is one. It is provisionally titled Lambeth: Living with the Cuts – and you can follow the blog here.

The participatory approach was an experiment for me, but it has confirmed and strengthened my desire to work collaboratively with the people in Lambeth whose stories I want to help tell. I want them to be active participants, not passive subjects. 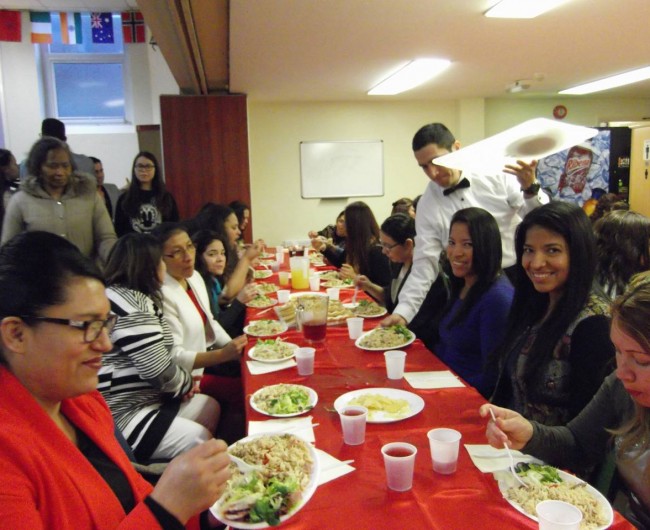 Cecilia is originally from Ecuador, but was forced to leave to escape political violence. She fled here with her family just over a year ago.
“When I first came to the UK I spoke no English. I didn’t know what to do. My friend from Ecuador told me about this church in Battersea. They have helped me so much. Often, after the service, we eat together like this.”

While this has been a hugely valuable experience for me, the project’s primary purpose is of course to help raise awareness of the situation refugees and asylum seekers find themselves in when they come to this country. Hopefully it will also highlight the vital work that SLRA does in south London.

Each participant offered a very different view. Some were highly personal, while others looked at the bigger picture. Some were sadly unable to complete their stories due to the intense circumstances of their lives.

The four stories that are presented on the blog don’t pretend to speak for all refugees or asylum seekers – but I believe they do offer a very different perspective on life in south London: http://south-london-refugee-association.tumblr.com/

You can find more of James Hopkirk’s work here

Feature Image: Rooba is Eritrean, but was born in Ethiopia. She has been in the UK for 14 years. She came as a teenager seeking asylum but now, at 30, is finally a British citizen.
“This picture is of my sister, but it used to be me like this, on my own, missing home and my family. This could be any refugee.”
RELATED POSTS
THIS-ABILITYKate WatsonJanuary 17, 2019May 1, 2019