An Antithesis of the Establishment – Reclaiming Our View in Photojournalism

An Antithesis of the Establishment – Reclaiming Our View in PhotojournalismPhotoVoiceJune 27, 2017March 4, 2022

Laura Beltrán Villamizar, Co-Founder and Editor in Chief of Native, a photography agency for photographers from Latin America, Africa and the Middle East writes for PhotoVoice on photojournalism and ethical issues.

If photojournalism keeps on being a sensationalist factory, what happens when those leading a still very white industry keep on fuelling it with content that entertains with spectacular, clichéd imagery, instead of contextualising the world around us and accurately representing complex and multi-layered societies?

One could fear for the future of photojournalism and reporting. Many distortions and recent scandals are also making it much harder for people to have a reliable sense of what is happening, both far away and even close to home. Let alone seeing young, up-and-coming photographers mimicking the established western-gaze, in the hopes of getting to the top fast. While doing so, they can bend (read: break) the rules of ethics in journalism to an extent in which the issue is no longer knowledge, but transparency.

I have seen, again and again, pieces on the need to change our behaviour in the industry, and for those leading it, to do so by example. Yet, we are failing into actually questioning our own behaviour, our own actions. I am convinced that our failure to hold editors, photographers and judges accountable is entrenched in the workings of a still racist, white-male-dominated industry, with an overarching western-gaze, lacking self-criticism toward questionable practices from those who will do anything to succeed. 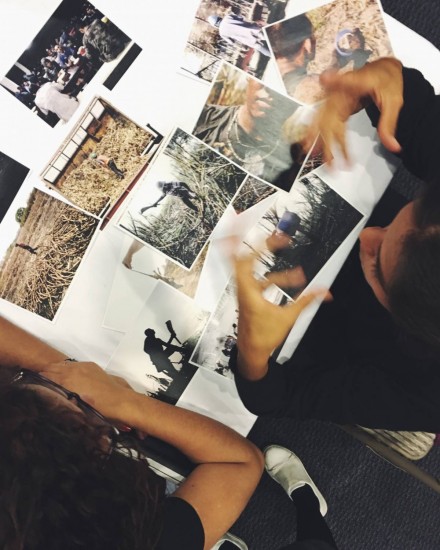 While this statement might trouble the status quo, I believe that it provides an enormous opening for creative disruption. Particularly, it becomes necessary for many of us, storytellers from underrepresented communities, with the desire and fortitude to build our own narratives, our own statements, and tell our own stories. Migrant, second generation, non-western, female photographers: we want the freedom to articulate our own visions, not the expectation that we will simply imitate ‘the classics of photography’. We need to reclaim the place of our view – a complex, multi-faceted one indeed – in the industry, and reshape its toxic economy. The question begs itself: How can we do this?

News needs to be new

As paradoxical as it might sound, news is hardly ever new, and the same is happening in  visual journalism. Photographers are mimicking the work that is given prizes, grants or a front page. This results in a loop of ever-repeating, predetermined narratives, which eventually result in homogenous, views of a complex world.  We are making news rather conservative, instead of something that is alive, that evolves, that mobilizes us, and that prompts our critical thoughts, actions, and reactions. While the kind of information changes, as well as the form in which it is presented, we change our habitual reactions to it, and make it ours.

Storytelling needs to be personal

For stories to stand out, they need to be meaningful, personal. Photographers still portraying a western idea of how the “other” should be represented are not only falling into their own clichés, but are not encouraging the industry to transform itself and for photographers to stand out with their own, personal voices. When classic, western-gaze narratives dominate the industry we are not only restraining the freedom of localised, migrant, female photographers to articulate their own visions, we are also limiting our own perspectives and limiting the audience to approach and understand and relate to issues differently. 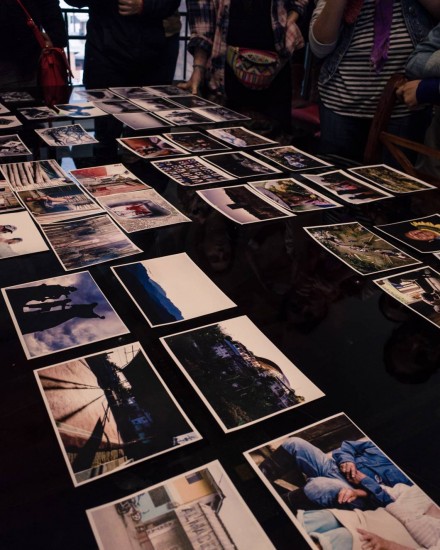 Storytelling needs to be contextual

Again and again, we see big events happening around us – war, climate change, economic crises. Yet, we hardly get to see these issues put into context, or find stories providing answers not to the what, but to the why and, by doing so, allowing for new perspectives to a problem or new ideas to arise. We need more space for stories that make us think instead of stories that think for us.

If we, as editors and professionals in the industry, do not question our own standards, our own behaviour and the nature of what we see as ‘news’, we will never escape the fatal road of falling into stereotypes and eventually killing the creative spirit of the photojournalism industry; we will lose those potentially world-transforming, thoughtful, diverse and contextual stories that help us understand the world we live in better.

For this reason, I’ve taken it upon me to co-found and lead Native Agency, a platform for professional, up-and-coming, visual journalists from Latin America, Africa, and the Middle East to be nurtured, to feel supported, and to get guidance, not in how to replicate what’s already been said and done about our regions, but to reclaim and highlight our very own views of our world.