The January Photography Competition Winner is…

The second PhotoVoice photography competition, in partnership with Professional Photography magazine was inspired by an image from PhotoVoice project ‘Having Our Say 3‘. Photographers were asked to submit up to six images inspired by the theme ‘Youth’. Christiane Monarchi, Editor at Photomonitor selected Amy Romer as the winner.

I was really engaged with Amy Romer’s still images, and intrigued by the idea of being able to see into the world of someone with Asperger’s Syndrome, produced in a collaborative and sensitive way.  I followed the link to her site to watch her video and am completely gripped to find out more about this amazing world she presents, with Alfred as her subject and co-author.
On her site, Romer writes: ‘Alfred and I have plans to continue his story so we can record the changes as he grows towards adulthood. I can’t wait.’

I can’t wait either.”

We interview Amy on her photography and winning image taken from the project ‘In A Sense’, a collaborative piece with 12-year-old, Alfred who lives with Asperger Syndrome.

How did you get started in Photography?

High school. I was one of the arty kids and took a double GCSE in Vocational Art. We had a photography degree student on his work experience placement with us and he and my art teacher made it their mission to empty out our store cupboard, which was actually a darkroom that hadn’t been used since the 1960s.

The darkroom was set up, and I instantly fell in love. I think it’s that smell… Lucky for me, no one else was really interested so I ended up with the keys to the cupboard! I was probably a bit of an art nerd.

How would you describe your work and your practice?

I’m a documentary photographer, drawn always towards stories that raise awareness of issues that are lesser known or mostly ignored. I’ve taken on projects such as UK modern day slavery and am at the beginning of a project about assisted deaths. A big part of my practice is about trying to dig deep in order to reach the very heart of my subject and their story. This is coupled with a keen interest in power relationships and the idea that photography can and should be used as a tool for empowerment. In A Sense is a direct result of these interests. 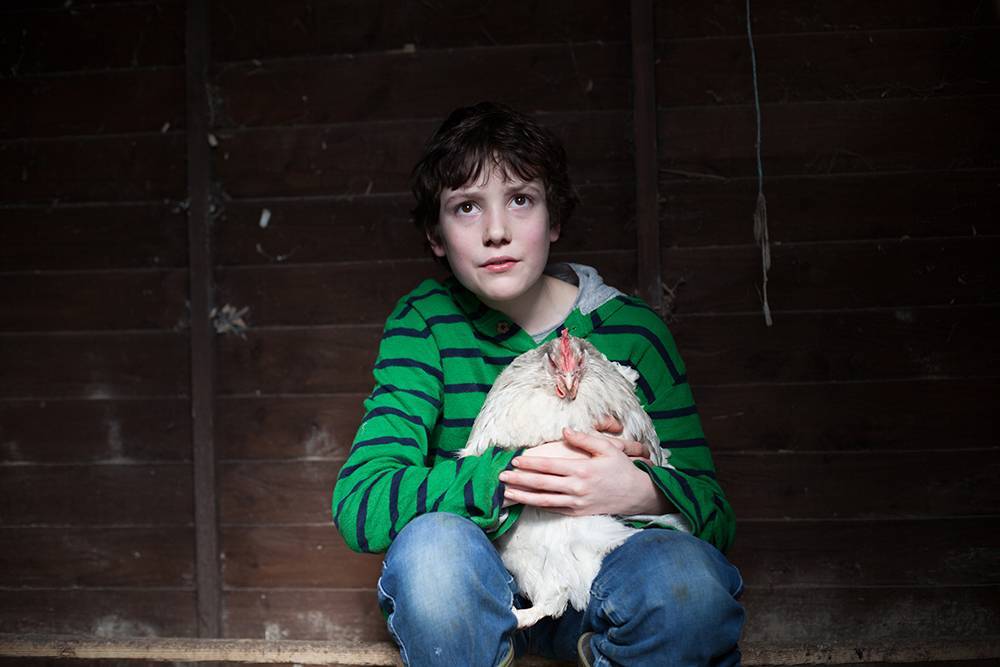 Tell us a bit more about your winning image and the series that it is from.

The winning image is from my series and video In A Sense, which tells the story of 12-year-old Alfred (now 14!) who lives with Asperger syndrome.

I’ve known Alfred all his life and started making pictures of him 3 years ago when I found myself interested in Asperger’s and the autism spectrum. Alfred and his family agreed for me to photograph his daily life living with Asperger’s, so I started hanging out with them, learning from Alfred’s parents about his behaviour, making my own observations and trying to capture his unique world.

When I shared my photographs with Alfred for the first time, I was devastated, but interested nonetheless to learn that he didn’t like them. The still image in its denotative form, for Alfred was his world taken out of context. An ethical debate all photographers face! He was upset to see pictures of his meltdowns (a symptom of his Asperger’s in which there is a temporary loss in behavioural control due to overwhelming situations). My pictures showed Alfred’s anger clearly directed towards his family, whom Alfred is incredibly close to. In this melt-down state, Alfred had never been a witness to himself, and my pictures brought this to light in a way Alfred couldn’t bear.

Alfred had once told me that when he grows up, he wants to teach the world about Asperger’s syndrome. So in light of his feelings, I asked Alfred whether he’d like to help me make a video, where this time he would get to tell his story. From here on, Alfred’s story was built through a collaboration between the two of us, using Alfred’s video and my stills.

I gave Alfred a GoPro camera and asked that he record videos that would help tell his story in his own time. This took away all the pressure of being asked questions on the spot by me, which Alfred sometimes struggled with. I crossed my fingers and hoped he would engage! When his Mum and I watched the footage back, we were both completely blown away by his level of commitment to his own story. His contribution was not only authentic but incredibly touching and entirely unachievable had I not given Alfred total freedom.

The winning image is my picture of Alfred with his orange ski goggles. Living with Asperger’s means you experience sensory sensitivities and for Alfred, bright sunlight can cause stress and anxiety, which can potentially lead to a meltdown. The orange tint in the ski goggles allows Alfred to remain calm when exposed to bright light. 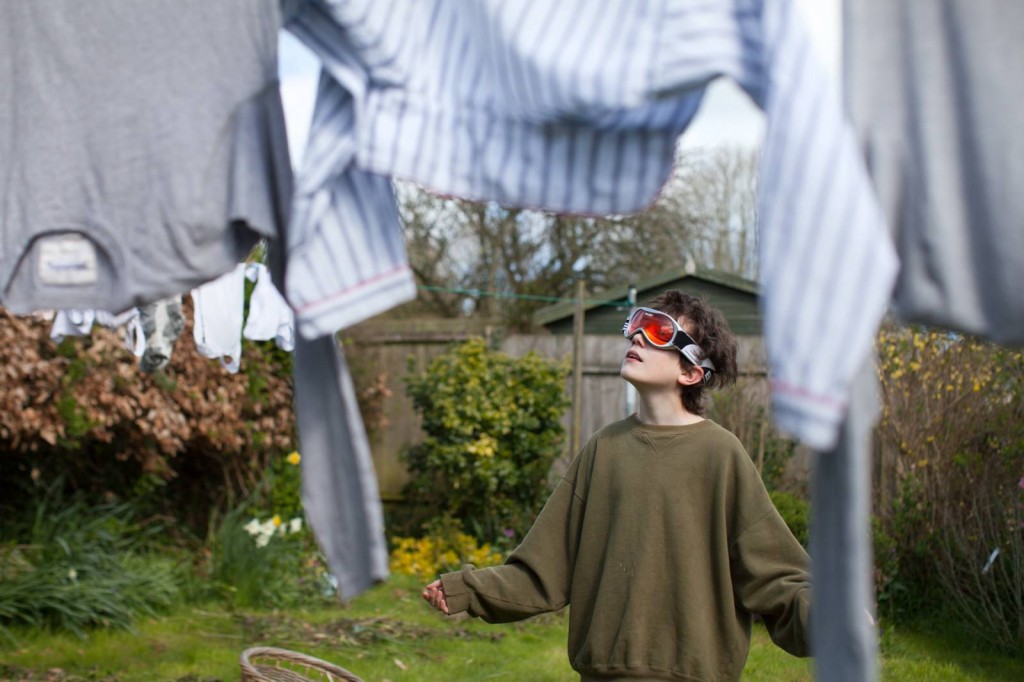 ©Amy Romer, In A Sense

What do you think the future for your photography will be?

It’s difficult to say as it’s not really something I feel I can plan. Who knows what opportunities are around the corner. The good news is that I hope to continue work with Alfred to follow him through his later teens.

I think in an ideal world I’d love to be in a position where my main job is to tell the stories that need to be told, whether it be through stills or through film, whilst knowing fundamentally that the people in those stories are not subjects of my ego, but are being empowered by their own storytelling. (This is no easy task!)

Whatever happens I will continue to make work in the hope that somewhere down the line, I am able to make a more considerable positive impact.

Are there any other up and coming photographers that you think people should know about?

The everyday citizen is most definitely the one to watch out for.

It’s becoming intrinsic to valorise the opinion and testimony of ordinary people. The work of non-professionals is craved as it’s seen as authentic. Their transparent, self-involvement (and lack of financial incentive) is reassuring and audiences can empathise and relate to their motivations. There is a visual language that is more everyday and is not attempting to construct an elaborate, larger statement.

This is the kind of photographer that really interests me at the moment and is what made In A Sense such a pleasure to be a part of. 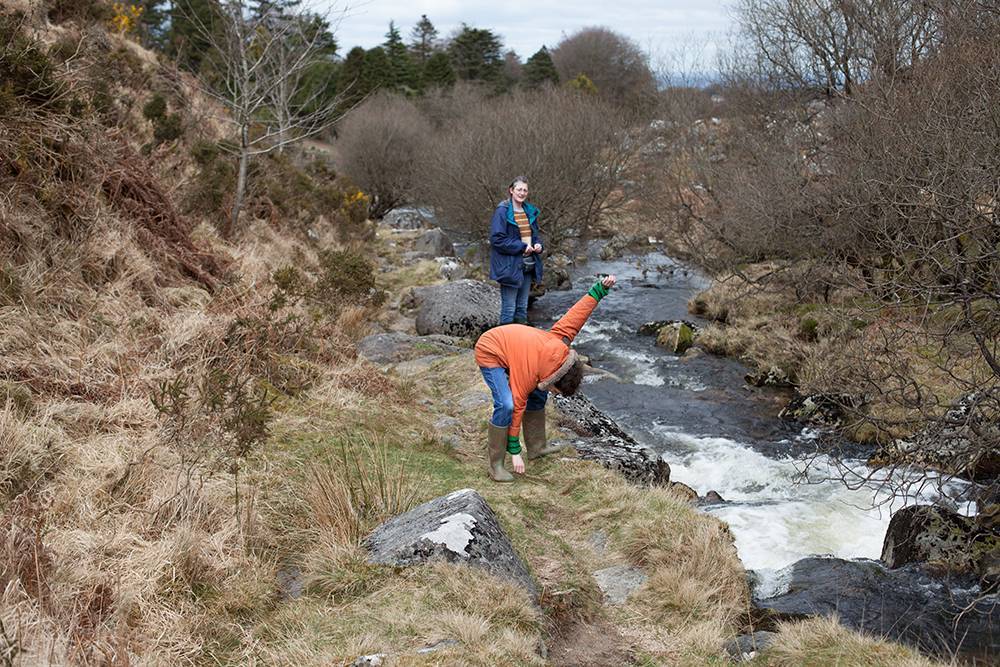 How did you hear about PhotoVoice and how do you think your work relates our vision and mission?

I’m fairly sure I heard about PhotoVoice through Alfred’s Mum when we were talking about the idea of Alfred making his own videos. But I also wrote my university dissertation questioning the role of the professional photographer in a practice that seeks to “empower” the subject. Needless to say that organisations like PhotoVoice were a significant part of my research.

My work with Alfred gave me a taste of PhotoVoice’s vision – giving Alfred the opportunity to represent himself and tell his own story. It’s certainly changed the way I think as a photographer. Unfortunately until now, I’ve struggled to find an opportunity for my UK modern slavery project The Dark Figure* to be able to give that same voice, as I’m dealing with a deeply hidden crime. So I’ve had to find other means to tell the story. But that doesn’t mean I’ve stopped trying. These stories are the long game and I’ve only really just started.

You are the experts of your own experience! ⁠⠀

⁠ We would like to thank all of the participants

'Being under the Mental Health Act was a wake-up c

'Care leavers can't just get a house and at the la

'It's hard to take the first steps to better menta

'Mental health is unique to everyone. To understan