PhotoVoice is pleased to announce a new project working with the International HIV/AIDS Alliance. Over the next twelve months, PhotoVoice will be delivering a series of participatory photography workshops in three countries, Uganda, Myanmar and Nigeria, in support of one of the Alliance’s programme, Partnership to Inspire, Transform and Connect the HIV Response (PITCH).

PITCH aims to strengthen local organisations’ capacity to advocate, generate evidence and develop robust policy solutions for  upholding the rights to HIV and sexual and reproductive health services for men who have sex with men, sex workers, transgender people, people who use drugs and adolescent girls and young women.

PhotoVoice will be working with a range of different organisations supporting these communities to develop new tools for advocacy, based on community engagement, participant photography, and capacity building for key local advocacy groups.

The PITCH project is a partnership between the International HIV/AIDS Alliance and Aidsfonds, and has established that the need for such activities are clear:

In 2016, 36.7 million people are living with HIV. HIV prevalence is estimated to be:

The first of these projects is currently underway in Uganda, where Kate Watson, PhotoVoice’s Senior Projects Manager, is currently training local staff across a range of organisations in how they can use participatory photography workshops to strengthen their advocacy messages. Later workshops will involve other community advocates being trained in photography, communications, and self-advocacy, and supported to create new materials which can help strengthen the case for improved services, protection, and rights.

The project will also generate new participant-created images to be shown at the AIDS 2018 conference in Amsterdam this July. 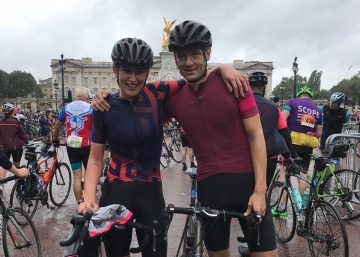