PhotoVoice were asked to judge the London International Development Centre’s photography competition ‘Lens of Development’ and our chosen winner, Stephanie Vandenberg writes about her winning image and use of photography for positive social change.

Thirty seconds old. The crash of my world into them and theirs into mine. I had travelled to rural Angola as a wide-eyed, under-prepared medical student, armed with a stethoscope and a camera. I had not expected this baby in this place, one born with the help of an emergency surgery in a poor village with no electricity, four hours away from any city centre, with no physician in sight. After all, wasn’t Angola, despite the oil wealth of an elite few, one of the most impoverished countries in Southern Africa? Yet here we were, clothed in the costumes of a surgeon, watching caesarean sections being performed by trained nursing staff in a simple operating room, saving women from years of labour-related complications and, in some cases, death. How was I going to explain this? How was I going to be able to resolve the facts I knew about infant mortality (Angola has one of the highest rates of children dying before they reach their 5th birthday) and maternal death (also high in Angola) [1] with the type of “first-world” health care I was seeing? My stethoscope was not going to help me communicate this. I reached for my camera.

From an epidemiologic point of view, the patterns are clear. No matter which way you slice it, the poor in any country have shorter lifespans, they die more often from preventable diseases, accidents or illnesses that we have simple treatments for. As Paul Farmer, American doctor, anthropologist and humanitarian puts it, “the poor are sicker than the nonpoor”[2]. While statistics and statements like the ones above convey sterile information, photographs hold the distinct honour of bearing witness and transporting these realities directly into our collective consciousness. This photo, entitled “Kalukembe”, captures a moment in a human life, a moment that holds decades of healthcare advocacy and a stubborn belief that health systems can be radically empowered to care for a traditionally poor population, no matter which passport they hold. The story goes like this:

There is no more fitting a name for this rural community of Kalukembe. In the mother tongue of the tribal people, it is called Kalukembe – a name meaning “stay here”. In the 1970s a Swiss physician and a Zambian born, Canadian surgeon joined the community at the invitation of its leaders. By the 1980s and for thirty years to follow, a brutal civil war raged. When given the chance to be evacuated, the physicians stayed, showing solidarity with their Angolan counterparts. Today, the 188-bed hospital is staffed completely by nurses with a physician/surgeon flying in monthly to lend a hand with the more complicated surgeries. The baby in this picture is testament to social change by a group of people advocating to bring safer maternal health care.  He is one of a set of twins born by caesarean section – a surgical delivery used when the mother encounters difficulty in natural labour. The same physicians who stayed to help care for wounded Angolans during the war set up a surgical training program that resulted in the certification of two senior nurses in the surgical techniques required to perform a surgical delivery. This seemly small capacity building project has saved the lives of countless mothers and babies. 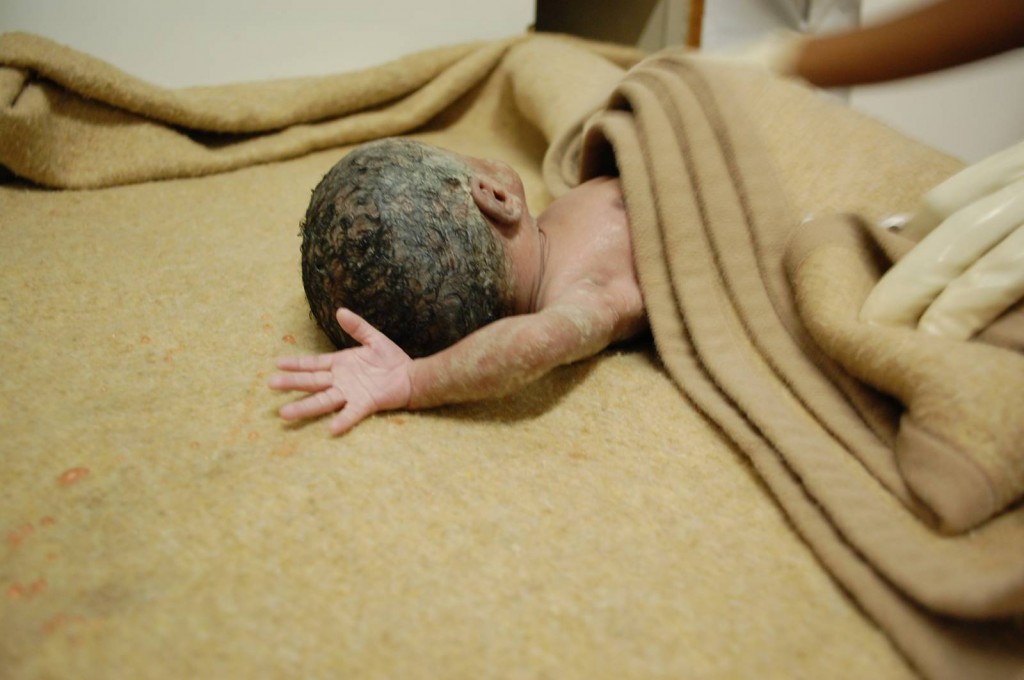 The story and responsibility of this photograph weigh on me because the image holds me accountable to this child’s future and the future of the mothers, fathers and families that come after him. To be held accountable means that we are implicated in the structures that improve or destroy their opportunity. Robert McAfee Brown, paraphrasing the words of the Uruguayan Jesuit Juan Segundo puts it succinctly when he writes, “unless we agree that the world should not be the way it is … there is no point of contact, because the world that is satisfying to us is the same world that is utterly devastating to them”[3]. It has become a part of my practice of “photography as advocacy”, to hold myself and others accountable to a radical belief in social change and I will forever be thankful for a glimpse into a world that was a little less devastating because of the vision of a community committed to promoting women and children’s health.