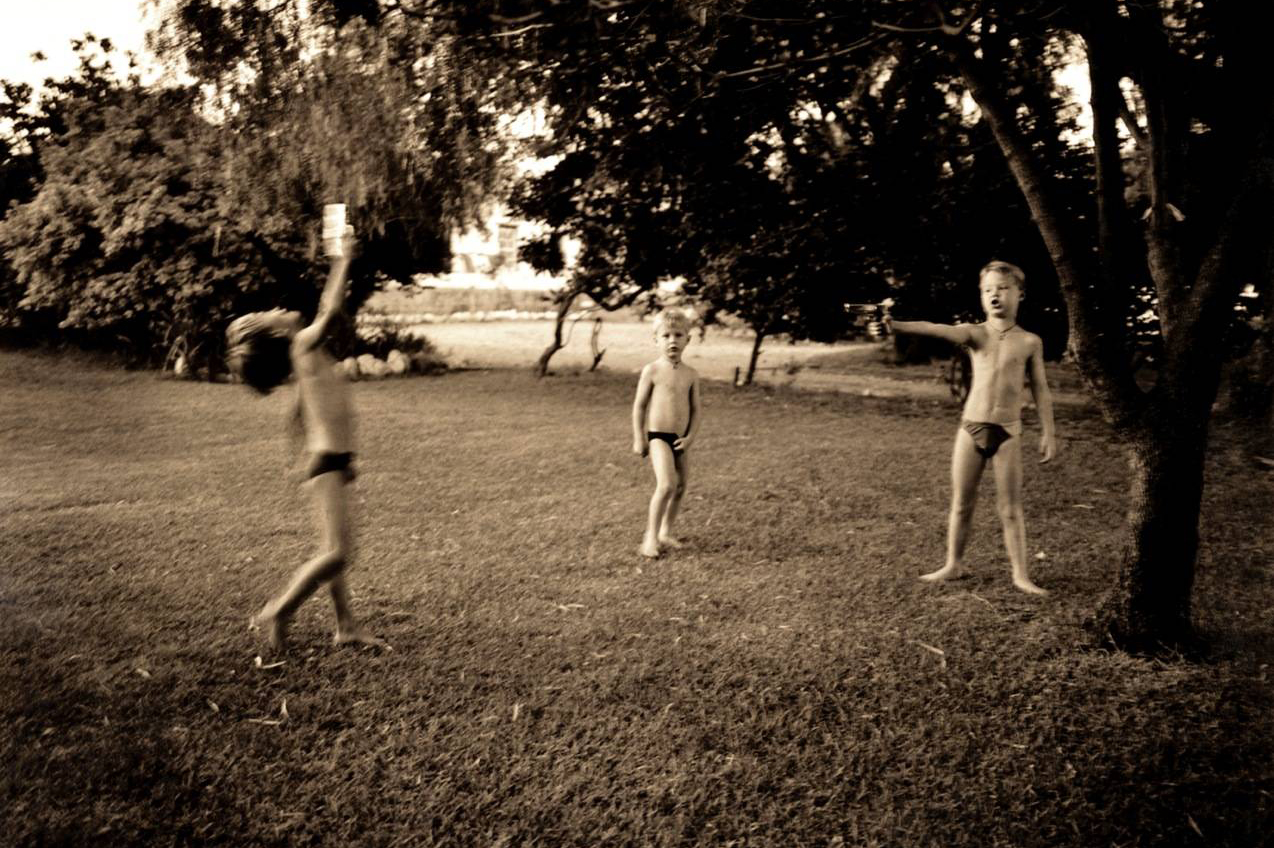 Jillian is an award winning photographer and her portraits have appeared in many publications including The New Yorker, The New York Times Magazine, The FT Weekend Magazine and Vanity Fair, amongst others.

I joined the Film and Photographic Society on my university campus. I used to print in the darkroom there – seeing the prints emerge in the print tray was like witnessing some kind of magic. It gripped me from the get-go. That coupled with the surreal political landscape of Apartheid South Africa in which I had grown up, led me to photography as a medium. I believed I could challenge the authorities, I optimistically thought I could try and shift political opinion through my images. It offered me a creative outlet.

I would say that it is real, reflecting the subject matter or the essence of the person I am privileged and honored to be portraying.

I do my best to produce images that are different in some way – the relationship I build with the sitter, in the short time I have with them, is paramount to effect that in the final result. 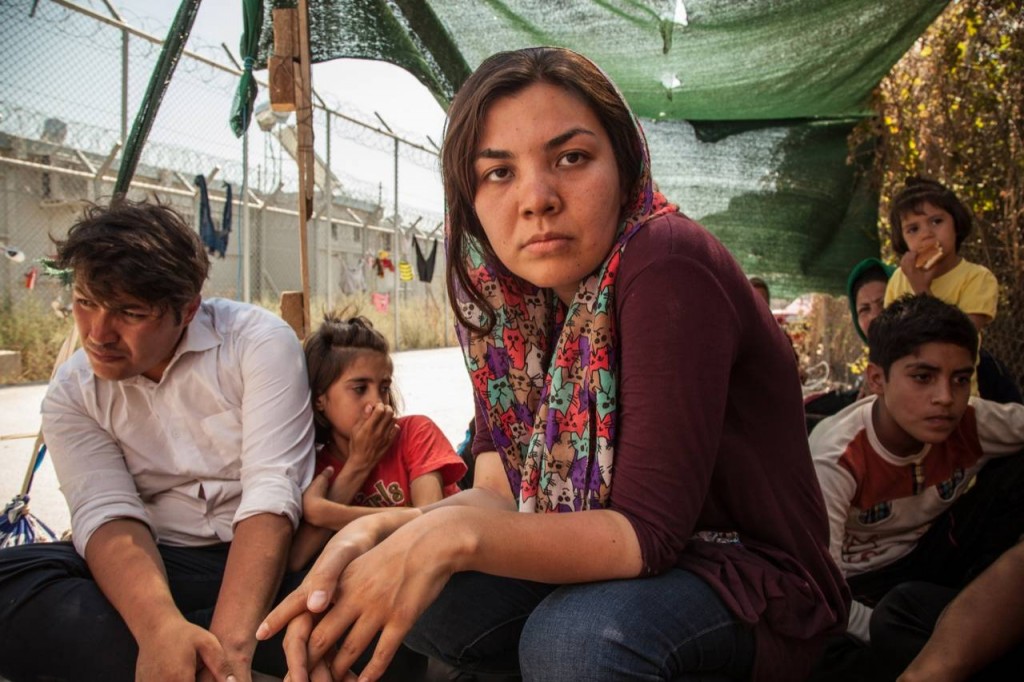 © Jillian Edlestein, Hassan from Afghanistan, pictured left, travelled to Lesvos with his family from Turkey in July 2015. I first met him when he had just got off the large rubber dinghy as it landed on the shores of Skala in the north of the island. He was trembling violently while trying to call his parents back home; then he collapsed.I had to run for a doctor who happened to be close by, luckily. A day later I found him at Moria camp in a tent on the outside perimeter of the camp. The camp resembled Guantanamo Bay. The heat was suffocating. The closest store to buy food or water was a long walk away on a highway with no shade. He looked positively dejected.

A photographer’s sensibility is so personal. What I see, what I choose to see is so linked to my biography. Sometimes (especially when I am travelling) I wish I could turn off the visual framing that goes on in my head continuously – it’s a blessing and a curse. It may be that a moment strikes me because I see a surreal edgy quality or it might be a conversation that demands attention and interpretation.

Not one specific image but the opportunity to photograph Nelson Mandela was an unforgettable moment in my career.  To be in his presence was incredibly humbling, such a powerful experience that it’s hard to describe.  I am always taken back to the moment when, after holding my light meter in front of him, he tried to grab it, confused by what it was. When I explained that I was taking a light reading, the iconic world leader referred to himself as “just a country bumpkin.” 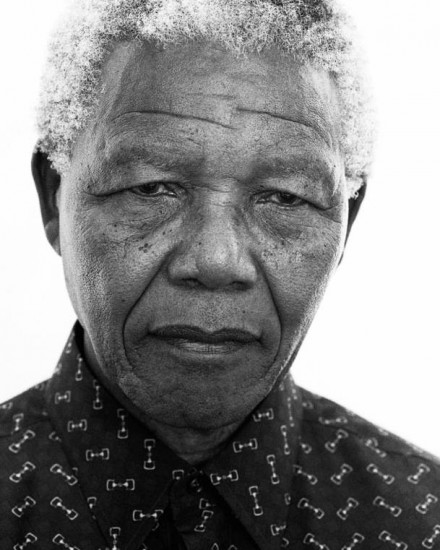 © Jillian Edelstein, Nelson Mandela 6th February 1997 for The New York Times Magazine at Tuynhuis, the Presidential home. I was given this directive: you have 10 minutes, no flash under any circumstance. The retinas of the President’s eyes had been damaged working in intense light in the limestone quarry on Robben Island.

I think it has been proven time and time again that it has a role to play in effecting change. The impact of Dorothea Lange’s image of the mother and her family during the Great Depression in 1930s America is clear.  Images of suffering, such as conflict and displacement, can contribute to shifts in government policy and mindset. For example, hopefully, here in the UK due to tragic incidents like Grenfell. If there were no image makers, or if image makers were not permitted to work (as in repressive regimes), we would not see changes for the better both locally and internationally.

Yes, but I think it’s kind of plateaued now. People have developed fund fatigue due to incessant crowd funding, and being bombarded with images on social media. Charities and photographers need one another. Long may that relationship last.

I think it is important to respect your subjects, to seek permission.  I feel uncomfortable when there is no collaboration – I make better images when the process is interactive.  As for manipulation of the image, I use it sparingly. 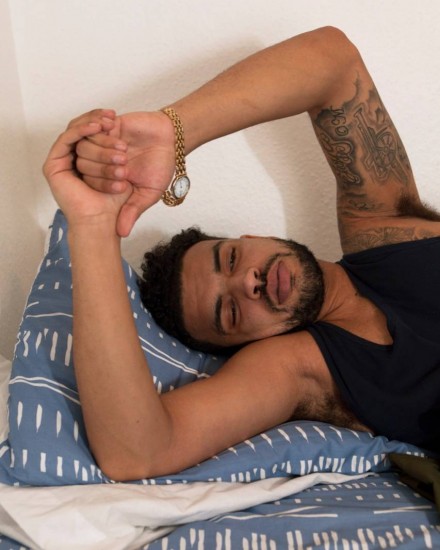 © Jillian Edelstein, Josh Campbell at home, Elthorne Estate, North London: While mentoring underprivileged youth at North London’s Arsenal Football Club, I noticed regular, alarming newspaper reports about the deaths of local young men in knife related stabbings and high levels of male suicide. Josh Campell’s worst fear was ‘That my daughter would grow up like I did’

I am proud of my project based work – most of them a minimum of five years in the making. Some published, some exhibited, some yet to be published/ exhibited.

Truth and Lies: Stories of the Truth and Reconciliation Commission, Affinities (portraits of Creative Collaborators), Valley of the Ancestors (Sangoma, the traditional healers of Badimong, who are called by their Ancestors to heal), Here and There (currently being crowd funded with UnBound Publishers), new work related to Poverty in the UK with the Joseph Rowntree Foundation, The Road to 2012 (portraits of the producers of the Olympic Games for the NPG) and the Capturing Hope exhibition and blog I created for FXB International.

It’s the means to the end. Essential. I could not ‘speak’ without my cameras. I do love writing as well but making beautiful light when it is not there is what augments the portrait, the place, the choice I make as to where I point the camera in the landscape is part of the arbitrary, magical process of image making.

My first photo editor said to me “you’re as good as your last picture… don’t come back with excuses” – he was like a military commandant! I think those lines rang in my head for years when I went out to photograph.  Another art director said “talk about breaking the boundaries of portraiture, Jillian’’ when I came back from a commission knowing I hadn’t quite ‘cut the mustard’.  Hone your craft.  Be as prolific as you can be. Be as persistent as you can be.

To find out more about Jillian’s work, please click here.

Featured image: © Jillian Edelstein, Warmwaterberg 2000, This is image is memorable for the fact that I was travelling with my two young children. Behind me was a thermal pool. They were in it. I saw the boys playing and wanted to capture their play and their interaction. As I held my camera, I did worry about leaving my kids for a moment to capture this image.