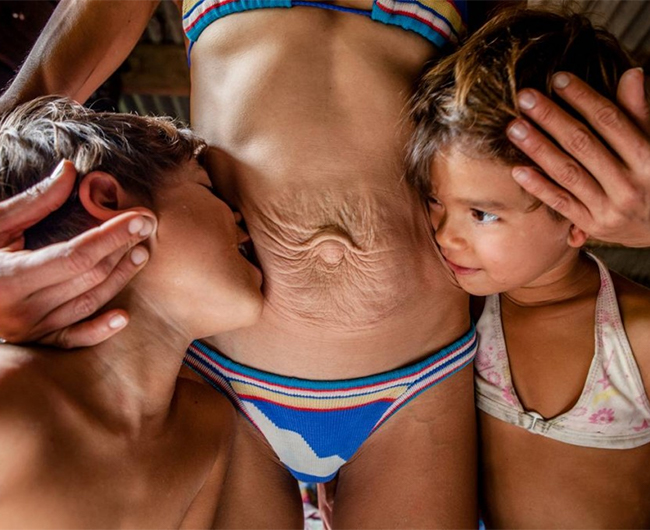 Leticia was born in Brazil and studied photography and fine art in London. Her work has been featured in a number of group and solo shows and she is a Portrait of Britain 2018 winner.

Curiosity and a passion for telling stories was my first drive. Photography has allowed me to interact with people and make meaning of my own story. I studied a fine art degree in London at the end of the 90’s. Initially, I was interested in various mediums from performance art to printmaking. However, halfway through the course I discovered the photography department with its now “old fashioned” darkrooms. I spent most of the time left on my course (two years) out and about with a camera or bathed in red light and smelling the chemical fumes. I love the fact that I learnt photography in the analogue era.

I then got a small grant and borrowed a Pentax K1000 from my university to go back to Brazil and photograph girls on the streets. A reality I had been brought up with, as kids on the streets is a decades’ long issue in my country of birth. However, I was passionate to tell their stories in a different way, not as a conventional photojournalist with black and white photos of poverty. Inspired by the girls I worked with, we explored femininity, something they could not do freely given they lived in such rough areas and needed to hide from male attraction.

This work which started so organically and with such basic equipment became a book with a travelling exhibition and won prizes, including the Ian Parry Award. I was also given my first proper camera by Nikon UK and was sent around the world as a photojournalist for the Sunday Times Magazine and other British and International publications. 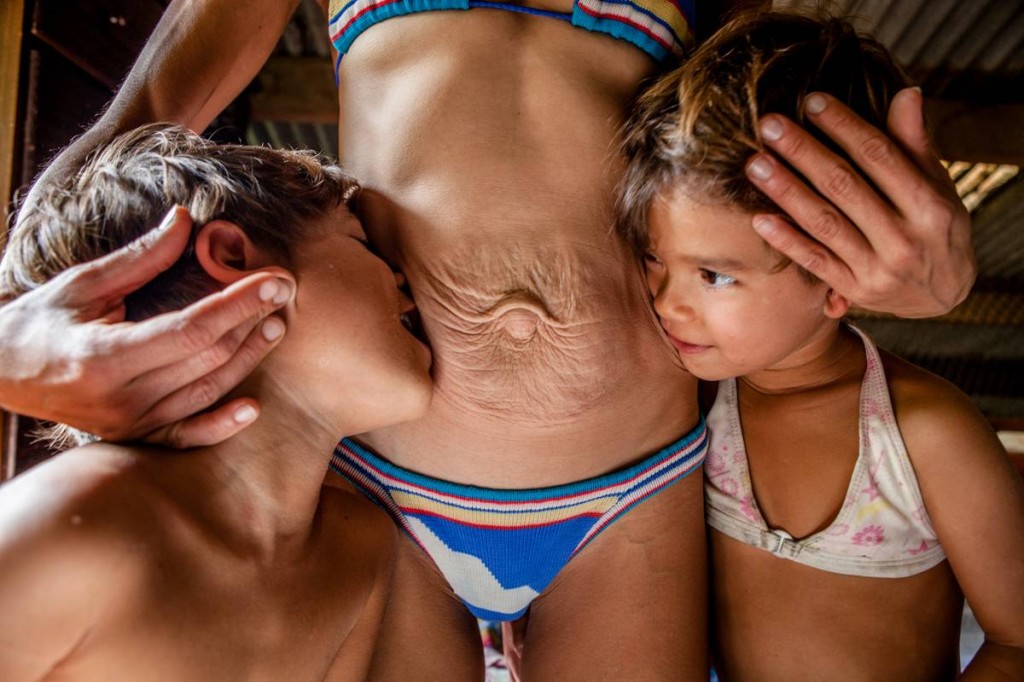 I would say I am a human in love with other humans. I feel drawn to other peoples’ life stories. I also feel a sense of responsibility towards my subjects. I don’t try to be “invisible” as I believe it’s not possible to enter a situation in someone’s life with a camera and not transform that reality in some way.

Nowadays, my images are very much a consequence of my encounters with my subjects and an invitation to participate. If anything, the final images are only a brief record of what has happened. This is especially true of my personal projects where, together we transform, play, cry and laugh. But there is space for silence and reflection too.

Some of my personal projects are about the individual in public spaces, while others explore the private and intimate space of an individual. I am always hoping for a meaningful connection between my subject and myself. I seem to be looking for certain subjectivity, for the self; for myself.

Focusing on simple but universal ideas that can mean a lot to people my work – public or private – hopes to touch upon notions of identity, belonging, memory and dreams.

It mostly seems to be an instinctive process and it’s great if I can then follow that up. It’s almost more about the interaction between myself and a subject. Something attracts me to an individual or group and there is a perception they are ready to open up, have a story to tell and I am there to enable that.

In my choice of personal projects, I am often looking for themes that resonate with my own story.

It is hard to say because I believe the work that defines me best is the one I am creating at the time. Every personal project is a reflection of who I am, and who I was then. I use photography a bit like photo therapy, to understand and make meaning of what my subjects are going through but also what I am going through myself. I have explored femininity with girls on the streets of Brazil as a way to explore my own femininity (Brazilian Street Girls project). I have worked with groups of asylum seekers inviting them to cross invisible boundaries of a big city, while I myself was trying to negotiate what those boundaries were for me as a foreigner in an unknown metropolis (Real Postcards Project). I explore with other mothers the emotional and physical marks brought to us by maternity (Birth Marks project). By inviting women to re-visit an old garment worn once, decades ago (Wedding Dress project), I get a glimpse of what is to come, regarding getting old. But I also explore the past, my family female lineage is being “investigated” with my Portuguese grandmother’s project (“Dear Ana”).

Perhaps as an exercise to find a defining image I can choose two images that have just been chosen for the Portrait of Britain book and were exhibited on public screens nationwide for the month of September. One of Joseph, a very elderly man and the other of Ellie and Heidi, a mum and baby. 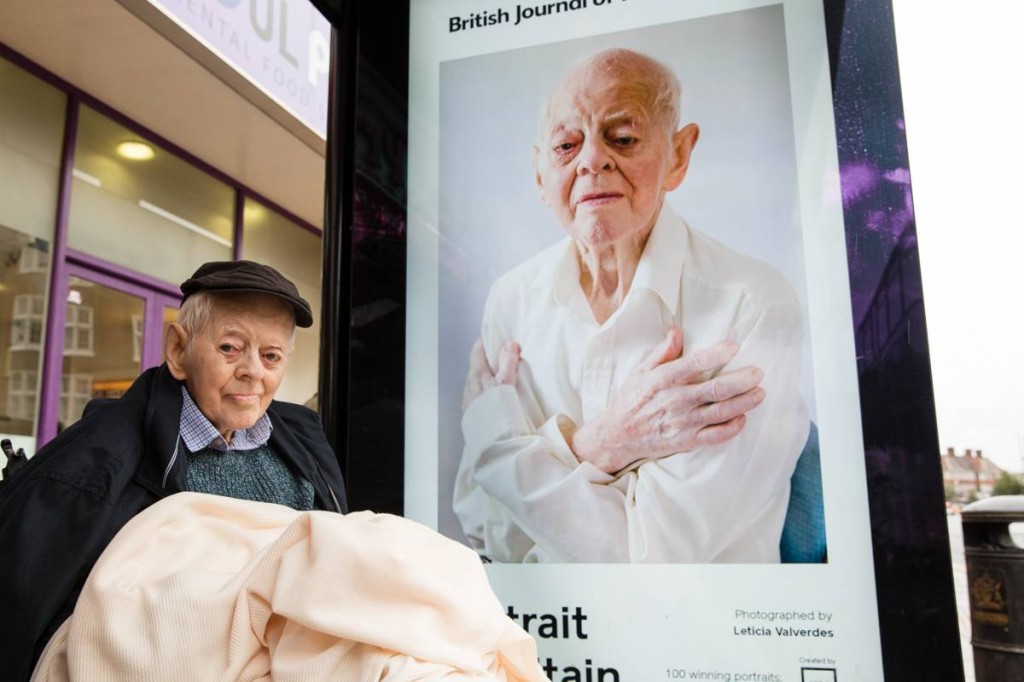 I believe photography can be empowering if used in a positive way. Change can come for an individual or in a bigger social context. For the photographed and for the audience. I have had mothers writing back to me after being part of my Birth Marks project saying how much taking part in the project had changed the way they perceived themselves, their bodies and their mothering. I have had people coming to an exhibition of my work with street girls or asylum seekers and saying how refreshing it was to see those groups through a “different lens”. To realise, for example, that dreams and aspirations are so universal, despite your status and social conditions.

I believe so. International aid charities seem to be increasingly aware that there is a degree of compassion fatigue in relation to the traditional image that shows an individual in a victimised place. In an era where we are so bombarded by images, it’s a challenging task to engage viewers without showing photos that lack dignity.

Of course, there are many different types of charities and photography can be used as an empowering tool in so many ways for all sorts of ends. For example, in the UK I have been working for a long time as an “Associate Artist” of a London based charity called All Change Arts (AC). Together we create participatory engaged art projects with diverse groups that range from young mums to older people. AC partners different genres of artists up so together we can create work that is multimedia and socially engaged. This cross-genre approach has been really stimulating for participants and artists alike.

I see my personal projects as a partnership with my subjects.

I try to do projects long term, whenever possible.

I will never show an image someone might not want me to show. It’s not the norm, but I actually have a couple of photos that will probably never be seen as the photographed person feels that vulnerable and at present unable to show the image to a bigger audience, even though the session was empowering and consensual. It’s frustrating for a photographer of course, but completely understandable and my responsibility to honour the trust bestowed on me. 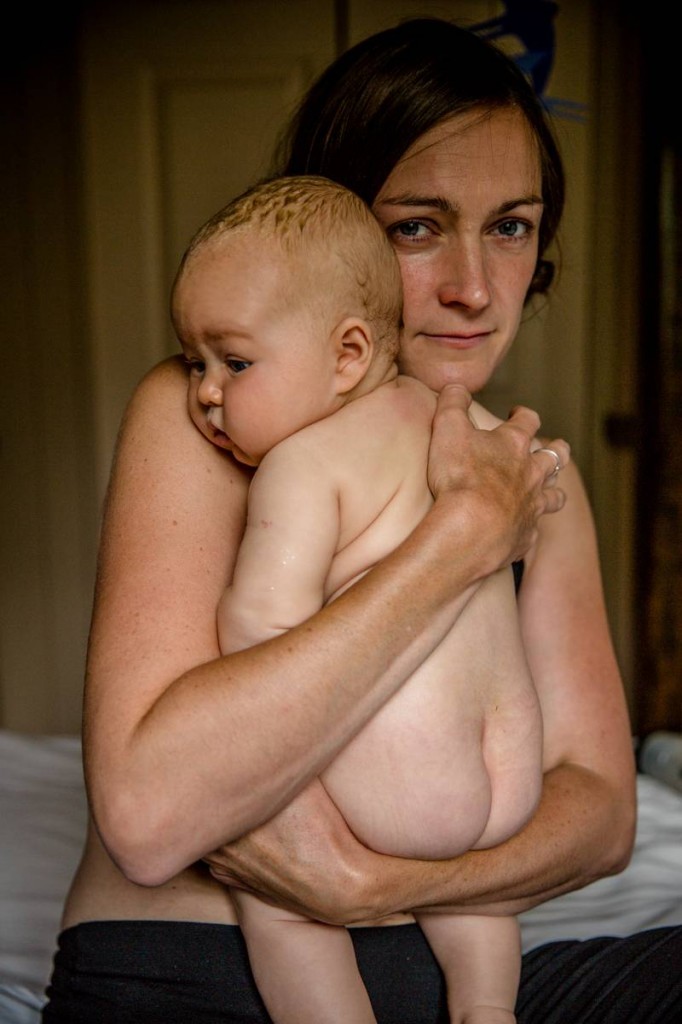 At first, I would say it is to have been commissioned to travel to many parts of the world with my camera and to have work published in many magazines or to have talked about my personal projects on radio and TV programmes like Women’s Hour or BBC Breakfast News. Then, at a more profound level I would say that my greatest achievement is the relationships I have established with some of the people I photograph for my projects. I keep in touch with many of them.

It’s great to have a good camera and lenses with quality glass. Technical quality can be a merit in a photograph but that’s not all. Good equipment is so much more available nowadays than when I started my first project with a very basic borrowed camera. Once I know how to operate a camera I try not to let worries with the equipment get in a way of a good human to human interaction.

I’m still learning and trying to figure things out myself but I suppose my advice would be: follow your heart and instinct. There are so many photographers out there that trying to rationalise their approach to fit into what the “market wants” (curators, agencies,etc) which seems a bit pointless to me. I know we all want our work to be seen, or to be commercially viable, but as a result we see a super homogenisation of images, with everyone having to shout louder and louder on social media with work that can look (and feel) the same as the next person on Instagram. In personal, or even commercial projects, the honesty of your work will always shine through. If you believe in it others will too.

Dare to be different and to follow your heart. 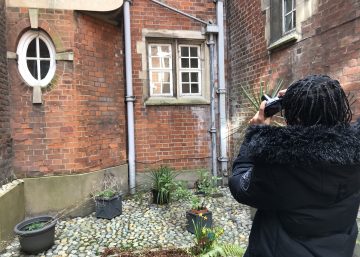 Utilising peer-generated and creative tools to safely explore healthy and unhealthy relationships with children at...