PhotoVoice is interviewing established photographers to gain a wider insight into the power of photography and the different approaches to ethical issues. This month, we interviewed Lottie Davies on her photography and passion for the medium.

Lottie Davies is a renowned and award winning photographer whose cinematic style portrays tales, myths and personal histories. Her narratives have been featured in Guardian Magazine, Aesthetica Magazine and Blink Magazine amongst others.

When I was 14, my father bought a small darkroom kit from the local newspaper for my younger brother. I was always keen to do the same things as him, so I learnt too, which meant by the time I went to university, I could develop film and print my own photographs. I don’t remember if they were any good, but I was the only person who knew how to use the darkroom at the student union. Through my enthusiasm for costume-making I became involved in student theatre, where I learnt stage management and directing, and also became the de facto theatre photographer. So that’s how it began – along with my very academic degree, I spent time with actors, teaching other students how to use their cameras, and playing around with Cokin filters and lurid print dyes on black and white prints. I’m not sure that I consciously chose photography exactly, it just became the thing I was doing. One day I woke up, saw a box of Ilford FB Multigrade 16″x20″ and thought; “that’s what I want to do.” I’ve often wondered if I’d gone to art college instead of studying philosophy, perhaps I would have taken up sculpture or painting, but then I’m pretty sure I can’t paint, and photography allows me to make pictures.

I have so many different facets to my photography (editorial portraits, travel, fine art, commercial…), and each requires a slightly different approach. At least, I think I take on a different photographic personality for each. So that’s a tough question, but the first thing that springs to mind is that I am always trying to show every person I photograph with dignity, be they a famous person or a child refugee. That might sound a bit trite, but I find photography that points a finger or ridicules the person in the picture deeply uncomfortable. The act of photographing a person requires trust, and if I have approached someone, asked to photograph them and then an image of their face, their person, becomes mine, it’s important to me that I have valued and respected that transaction. 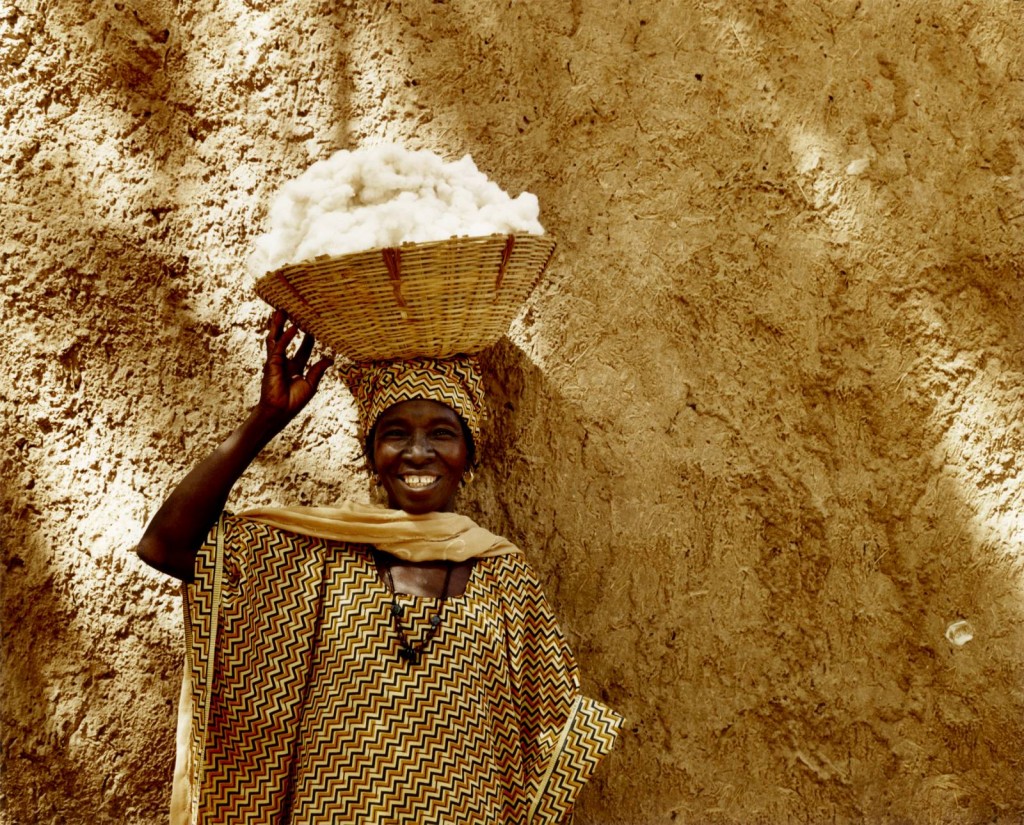 That feels like a question for my journalistic personality, whereas for the commissioned photographer, the answer is simply ‘is someone paying me to take this picture?’ When the photographs are for me, or for a story, anything and everything is ‘worth’ capturing, if it is relevant to what is happening, or the thing I’m trying to say. It doesn’t have to be a beautiful thing, but it can’t be simply decorative, there has to be some import in it. The meaning can be tangential or illustrative, but there has to be some ‘meat’ in the content.

Well, there are two images which I suspect come to mind for people who know my work; ‘Quints’ which won the Taylor Wessing Prize back in 2008; and ‘Viola As Twins’, which has become known through exhibitions and The Young Masters Prize which I won in 2012. I don’t think photographers (or artists in general) have much choice in the work which ends up defining them in the eyes of the public, or their audience. Both those images are from a series I made in 2008-09 and I have made quite a bit of work since, so I’d like to think that in the future there will be others which also spring to mind. Also, as time passes and I become older, and my work is seen in different places by different people, I feel less connected to it, and what it meant to me when I made it, so the work that defined me in 2008 is not the same work which defines me in 2016. 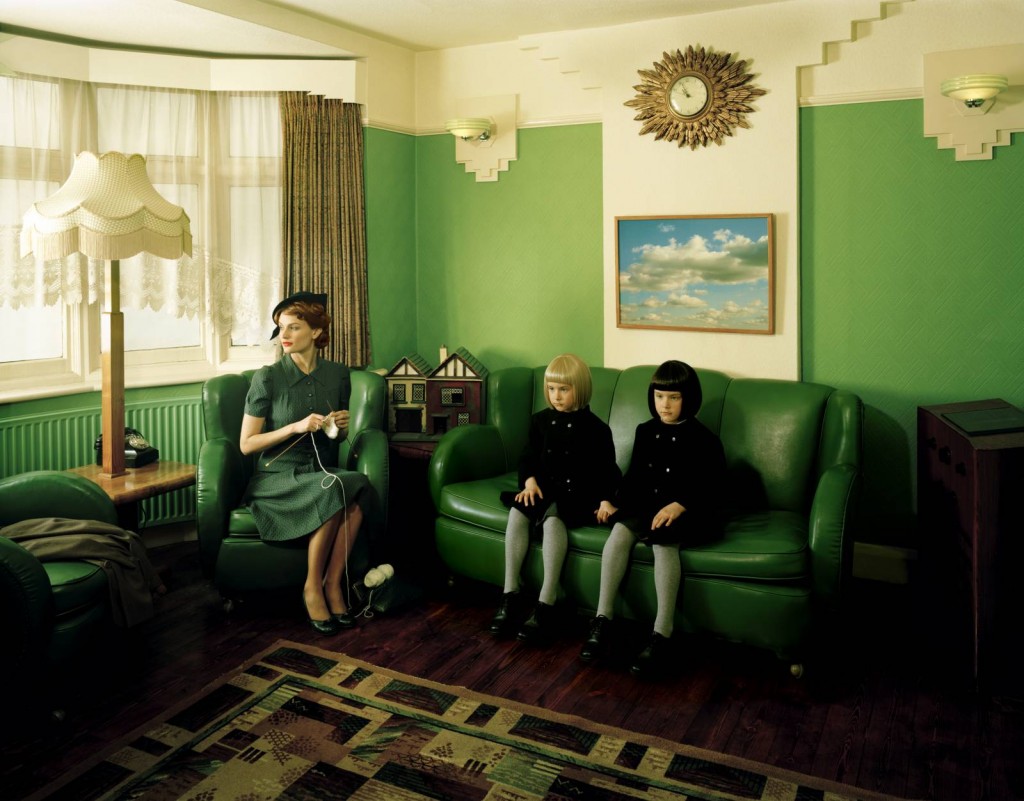 © Lottie Davies ‘Viola As Twins, from the series Memories and Nightmares (2009)’

In short, photography plays a much smaller role in social change than it once did, but yes, I think it can sometimes. One of the reasons I wanted to become a photographer originally was because I wanted to do something useful, something to contribute, and I saw photojournalism and the way it alerted the world to those people who needed help in famine and war and so on. At that time, there was no internet, no mobile phones (let alone smartphones), and home video was expensive. Photography, and photojournalists, were crucial to social change because they showed us what the world was like outside our own bubble. Now, that role is fulfilled by people everywhere uploading videos of their personal experiences all over the world, so photography is not needed in the same way. That said, there are still brilliant photographers illuminating the world and working for change, but they have had to adapt to a changing environment which makes it much harder to create this kind of work and also make a living. The most effective way photography can bring about positive change now is by empowering people all over the globe to tell their own stories. The ubiquity of the smartphone and the advent of the internet has obviated the need for a ‘foreign’ photographer to document every crisis; now everyone can be a journalist or a photographer – that is where the power of photography is based in the 21st century; everywhere.

I have never been commissioned by a charity, so I’m not sure this question really applies to me, but I have worked with charities in the past, where they have helped me make work by introducing me to people. My work in Botswana, Guatemala and the Thai-Burma border was all done with the help of charities, and in return they had use of my images. It was a fair exchange, but I did find that I was very much on the outside of the communication, an addendum to the charities’ purpose for each trip, despite having invested a great deal of my own money in each trip, and offering a great deal of valuable photography in return. I suspect that had I been commissioned it would have been different – people generally don’t value what they don’t pay for, a lesson it has taken me a long time to learn.

As I said earlier, I try to approach everyone with respect and photograph them with dignity. The camera always lies and every photograph is from a single perspective, that of the photographer, and so I try to be honest. 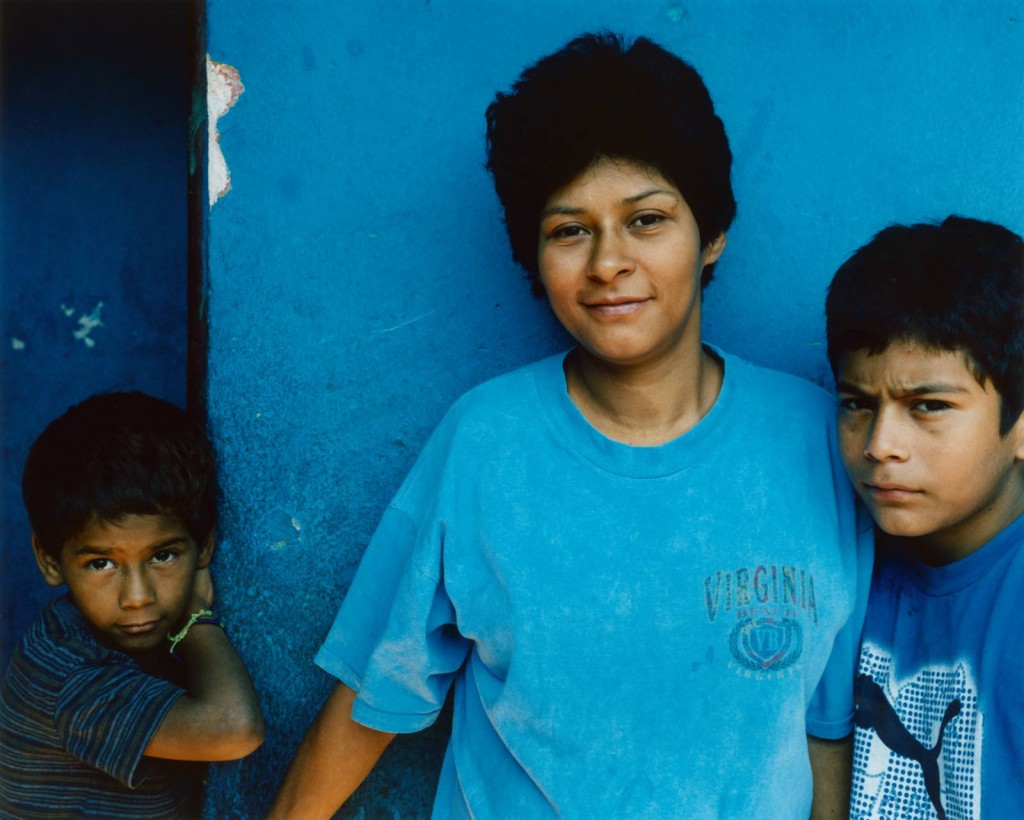 That is a super-weird question. Technically I suppose it would be winning the Taylor Wessing, since that’s the most prestigious prize I’ve won. I could say something horrific like ‘my greatest achievement is learning to be humble’ or some such wankery. But really, it’s probably just that I’m still here.

Both very and not at all. Unhelpful, I know, but you know what I mean.

Do you have any advice for aspiring photographers? Ask yourself ‘why do you want to be a photographer?’ and if the answer is anything to do with fame, money or a stable life, do something else. I’m not trying to be obtuse or clever with that answer, it is genuinely the most important question – why do you want to do this rather than anything else? Find a clear answer to that it will define your way forward.

You can find more from our ‘Ten Questions with…’ series here