PhotoVoice is interviewing established photographers to gain a wider insight into the power of photography and the different approaches to ethical issues. This month, we interviewed past PhotoVoice participant, Dr Tanvir Bush on her photography and passion for the medium.

Tanvir was a participant on the PhotoVoice project ‘Beyond Sight’, a sensory photography project with blind and partially sighted people. She is a novelist, film-maker/ photographer and Founder of the Willie Mwale Film Foundation, a film company dedicated to ethical practice, collaboration and community participation in Lusaka, Zambia. Her feature documentary ‘Choka!- Get Lost!’ was nominated for the Pare Lorenz Award for social activism in film in 2001. In 2015 her first novel Witch Girl was published by Modjaji Books and now she is crowd sourcing with Unbound to publish ‘Cull’ a dark satire about the current welfare system.

It chose me, really. In my 20’s, whilst training to be a film maker, I was diagnosed with a degenerative eye condition and thought that I would never amount to much as a creative artist. Instead, I moved to the production side of film, leaving the visuals to the directors and cinematographers.  Later, when my sight deteriorated further, I returned from my work in the field in Zambia to England and was becoming increasingly depressed and isolated when I stumbled on a photography course for visually impaired and blind people organized by PhotoVoice and Mexican NGO Ojos que Sienten A.C / Sight of Emotion. Amazingly, in spite of my prickly and defensive attitude, with guidance from facilitators and my fellow participants, I began to engage with photography as an emotional short hand. I was transformed, lit up with ideas and the rest, as they say, is her-story!

My mother is an artist and my father, a GP, was also an excellent amateur photographer.  Consequently, my childhood home in Zambia, was always littered with wonderful glossy art and photography books, gallery catalogues and various magazines like National Geographic. My approach to photography is much more informal, messier and haphazard than that. My need of if, the impetus, comes in waves and then diminishes. Although it remains both essential and empowering, I drift in other directions too, writing novels mostly, and have fallen between cameras, so to speak. I look forward to giving myself some pure photography-play space again soon. 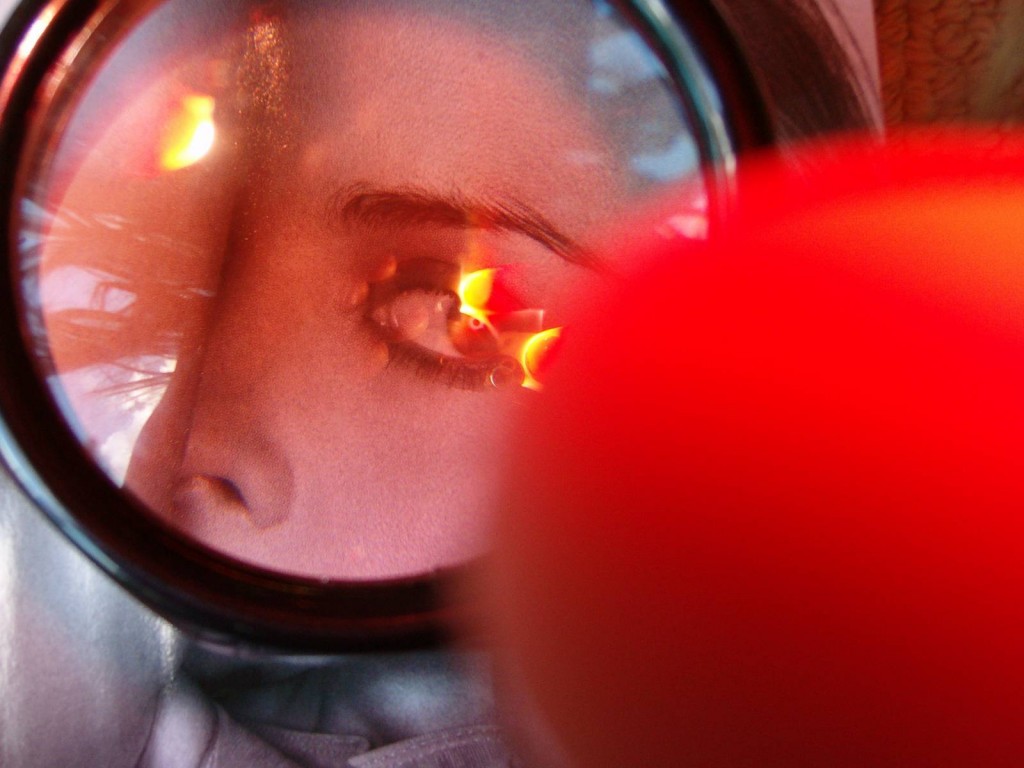 Obfuscate
“My eyes are sucked slowly by sickness,
Gobstoppers going from hue to blue
To black.
I want my sugar back.
My horizons are broken into jags of jigsaw;
My mountains have bite marks,
My seas are squeezed:
And all the time,
While the trees strike my face
And traffic is a game for cardsharps,
I am desperate to breathe.
Colour is oxygen and light becomes
My bread and wine.”
©Tanvir Bush 2007 | PhotoVoice | Sight of Emotion | ‘Beyond Sight’ | UK

It’s a feeling more often than anything else. Sometimes this feeling is triggered by a glimpse of some action ahead and the idea of the photo will appear in my head, blurry – a half formed thing but like an itch I need to scratch with my camera.  Sometimes I am caught by just a slash of colour or a particular feeling about a place, the light, the person.

Bubblehead. This was the photograph I took that changed how I felt about my own work. It captures the claustrophobia, menace and daftness of visual impairment better than I could have hoped. I had not expected the flash to affect the image as it did and this inspired me to try more experiments with bouncing light! 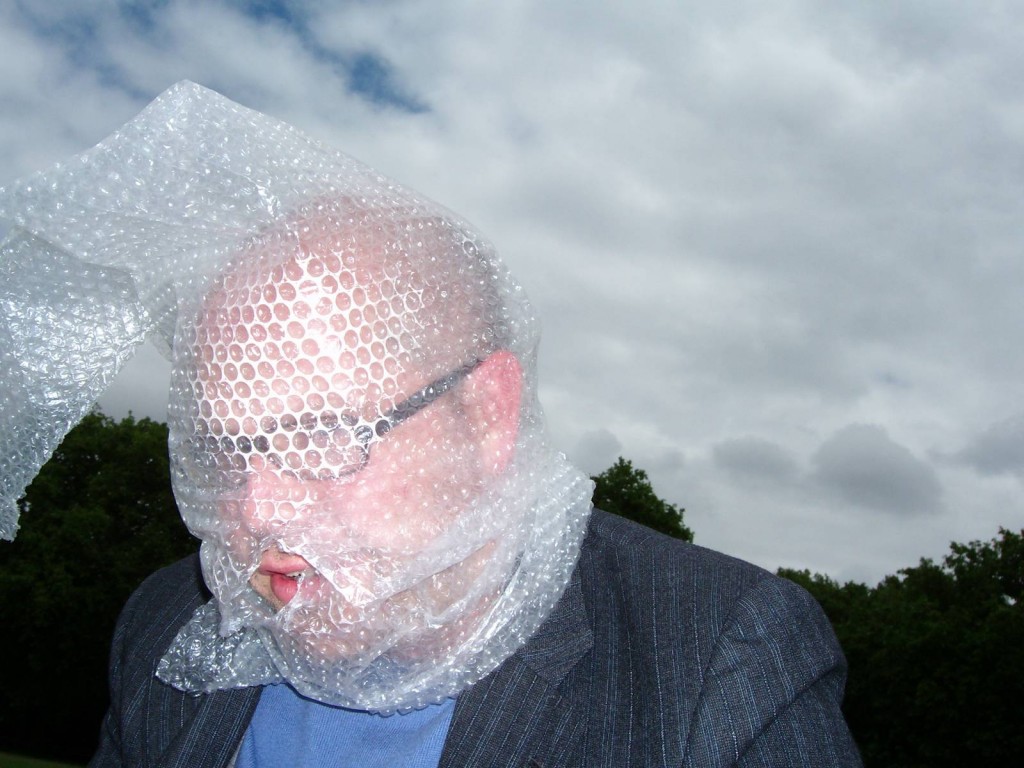 We know of photos that have become iconic – the lone figure of the man at Tiananmen Square in front of the tanks, the naked Vietnamese girl Kim Phuk, running, screaming from a napalm attack. Photography holds a particular time and place accountable, it says this happened, or is happening, take note. The little Syrian boy, Alan Khurdi, on the beach changed, albeit briefly, the world’s conscience. Yet, also as powerful, is the way in which a whole series of photographs can tell a story, exposing common humanity, shedding light on what is hidden. This in particular, can bring about positive social change and lead to greater empathy and understanding.

Yes, previously it was mostly about generating pity. Now there is, thankfully, much more charity photography centered around empowering and engaging communities, creating empathy and sharing stories.

I think it is important to ask people if you are going to take and possibly share their picture and to explain why.  On occasion, when getting permission is impractical or impossible, being considerate of the context is equally important. As a documentary maker I know how one-sided a person’s view of a situation can be – especially down a lens. Not everything is ‘fair game’. Honesty with oneself and one’s subject is, I feel, best policy. 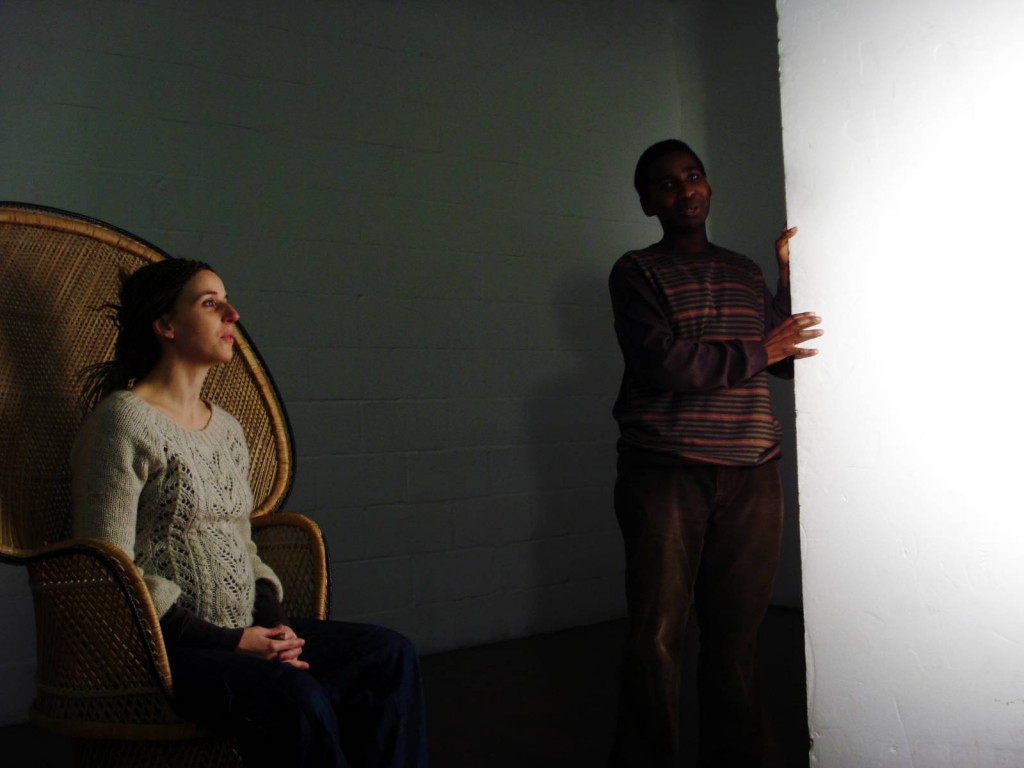 I don’t think I have achieved greatness yet! I am proud of being able to share the process of sensory photography with others; sighted, blind and all vision in between. And it is always hugely encouraging to see people light up when they realize their work is important, that it can tell a story or help them share an emotional journey too.

I am nervous of expensive equipment, more so since my vision loss, and I worry about pressing the wrong buttons or misreading a dial. However, I know how much sharper and sweeter my photos were when taken on the Canon SLR.  For the kind of photography I do currently, I prefer a light-weight and simple set up, something I can put together and use swiftly. My camera also needs to be quite hardy – poor thing. It will get dropped, dumped into a handbag, scuffed and dusty.  I often use a ‘sports’ setting so I don’t have to figure out the light quality on the run as this is very difficult for me to do without help now.

Get your camera out!  Don’t prevaricate as the moment will be gone.  Get high, get low and get in the way…but be careful.  Don’t be a brat about it. Remember everyone is a photographer these days and unless you are prepared to experiment, mess about, make mistakes and learn your own process, you won’t figure out why YOU are an outstanding one.