The Ethics of Photography in Calais

Having previously taken the PhotoVoice training programme Rob Pinney writes of his experiences in ‘The Jungle’ in Calais and his future participatory photography project.

‘The Jungle’ — the term used to refer to the shanty town settlements that have become synonymous with Calais — has no fixed location. But it is most commonly associated with a former landfill site not far from the ferry port that at its peak is thought to have held a population of some 8,000 people.

The political discourse around the jungle thrives on generalisations. Labelled a ‘swarm’ and a ‘bunch of migrants’ by British Prime Minister David Cameron, in the eyes of many the people here are not individuals but a collective mass. The reality is far more complicated. Many have fled war, conscription and political persecution. Others, notably from Afghanistan and Iran, left to avoid being made to fight for a cause they did not believe in. Many will show you photographs on their mobile phones of family already living in the United Kingdom, whom they hope to join. And some have spent years, occasionally decades, living and working in the UK, only to find themselves suddenly ejected. For them, the journey is not one of migration but a return home.

On my first trip, I came as both a photographer and a volunteer, but ended up working mostly as the latter. On the few occasions I did take my camera out of my bag, the reaction was decidedly mixed. Cameras are treated with utmost suspicion here, and hostility to them is common. Many feel a sense of anger towards the way that some photographers and filmmakers have chosen to work, and especially over the ‘theft’ of their image in the form of a photograph taken without permission. Having had almost everything systematically taken from them — families, home, security — in my view it’s no surprise that they would like to have at least some agency over the taking and subsequent use of their image. 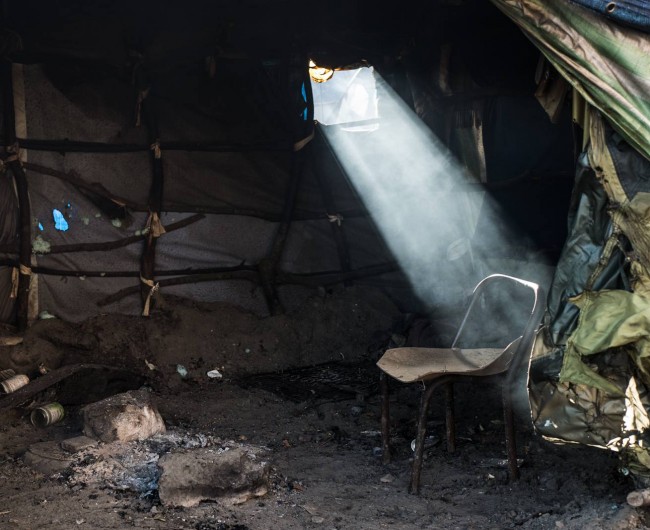 But there are other reasons too. From a legal standpoint, many fear that photographic evidence of their presence in Calais may be used against them in any eventual asylum claim made in Britain. Under the Dublin Regulation, asylum seekers are obliged to claim asylum in the first EU country they reach, and so an identifiable photograph of them in the ‘Jungle’ could conceivably set in motion the process of deportation. Others fear the repercussions that evidence of their flight may hold for family members still living in their countries of origin: reprisal from the Afghan Taliban, or from the Eritrean government for having fled conscription, for example. And others still are simply ashamed of the appalling conditions they now find themselves in. I have met a number of people who choose to tell their families that they are working in Paris, Berlin or elsewhere for precisely this reason. 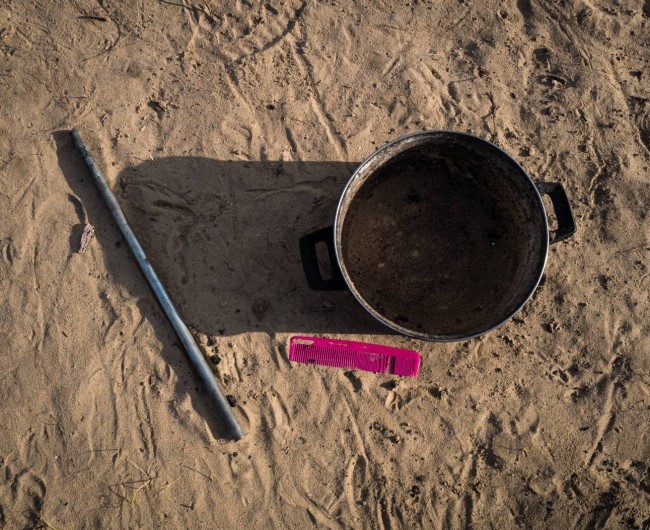 But these concerns were not tantamount to a total indictment of photography and its potential for good. A close friend from Darfur decried the way in which many photographers come simply to ‘make their own business’, but also told me that he wanted ‘a strong media’ that advocates for the cause of refugees ‘stuck in the Jungle’. I began to think about how I might be able to produce a body of work in which the plight of the people of the ‘Jungle’ was clear, but one that abided by, rather than broke, the ‘rules’ that many inhabitants of the ‘Jungle’ would like to exert over the taking of photographs.

Photographing a humanitarian crisis without picturing its victims presents a particular challenge – it is, after all, usually the human element of catastrophe that elicits a response. But I also realised that this seeming limitation could be used in a more interesting way to say something about the status of refugees in modern-day Europe. Through their explicit exclusion from the frame, the people of the ‘Jungle’ – and importantly the extreme political precarity under which they currently exist – are, I hope, actually made more visible.

But while these photographs are intended to be ones that the people of the ‘Jungle’ would find acceptable, it nevertheless remained the case that it was my voice, and not theirs. It was this that brought me to participatory photography. 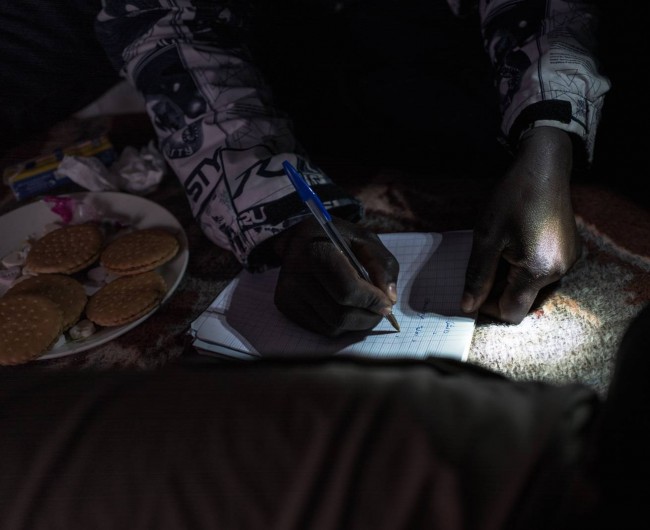 Following in the footsteps of ‘Welcome to Our Jungle’, I decided to set up a participatory project in tandem with my own ongoing work. I booked myself onto PhotoVoice’s training programme and self-published a book of my own work from Calais, in order to fund some basic camera equipment. While it would be naive to expect major policy change as a direct result, I hope that it will allow at least a few individuals to present their version of the Jungle, one that has so far largely eluded our collective attention.

As I write this, French authorities have just completed the eviction and demolition of the southern half of the camp – which charities estimate to have contained some 3,500 people. As the demolition began, fires and the use of both tear gas and baton rounds by French police became commonplace. Many have chosen to leave, simply packing a small bag and walking out from underneath the bridge that had become its main entrance. Those that I asked on my most recent trip, in March 2016, did not know where they would go.

Those that have chosen to stay have had to squeeze themselves and their shelters into the northern half of the camp, condensing different communities into an ever smaller area and exacerbating already simmering tensions. Since the demolition of the southern half of the camp, there has been at least one large fight with many injuries and, tragically, one reported fatality. 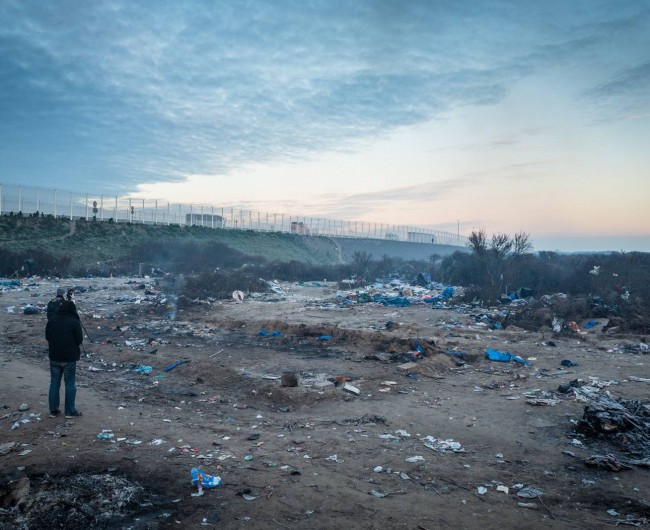 © Rob Pinney ‘At dawn, camera crews film an area of the camp evicted by French authorities.’

I had planned to begin running the project in March 2016. But as the training with PhotoVoice made clear, as a facilitator your responsibility is not only to enable participants to express themselves in a way of their choosing, but also to ensure that you aren’t inadvertently exposing them to excessive risk in the process.

Given the volatility of the camp at that time, and great uncertainty over the future of the remaining northern half, it was necessary to delay the start of the project. At the time of writing, the situation has calmed, and indications from the French authorities are that the northern half of the camp will remain standing for the foreseeable future. I’ll be travelling to Calais again in the near future to put in place more concrete plans.

Rob Pinney is a documentary photographer and researcher with a particular interest in war, post-conflict, displacement and migration issues. He graduated from the School of Oriental and African Studies (SOAS) in 2011, and recently completed an MA in the Department of War Studies, King’s College London. To see more of his work, you can visit his website, or follow him on Twitter and Instagram.