The International HIV/AIDS Alliance is exhibiting ‘Love a Positive Life’ at Brighton Fringe Festival this month. Amongst other thought provoking imagery that highlights how the Alliance is supporting young women affected by or living with HIV, images from the PhotoVoice project ‘Mysterious youth eyes’ will also be exhibited. The exhibition curator, Gemma Taylor shares her perspectives on positive imagery.

Nahimana at the pool table; Nadia celebrating having just won a game; Rashida applying her lippy; a group of friends giggling over condoms; and Daphine splashing around at the beach with her mates.

These are some of the pictures featured in the exhibition “Love a Positive Life” at Brighton’s Jubilee Library from 5-28 May 2017 as part of the city’s Fringe Festival.

“I thought after my mum’s death I would die any time,” says Daphine, 19, from Kampala, Uganda. “I thought HIV positive people never become happy. [Now] I really love the positiveness in me, I really love to live a positive life.”

The exhibition hopes to raise awareness of the little-known fact that HIV is the second largest killer of adolescents globally, with young women most affected. Young people are also the first generation never to have known a world without HIV. However, they are also the generation that can change it. 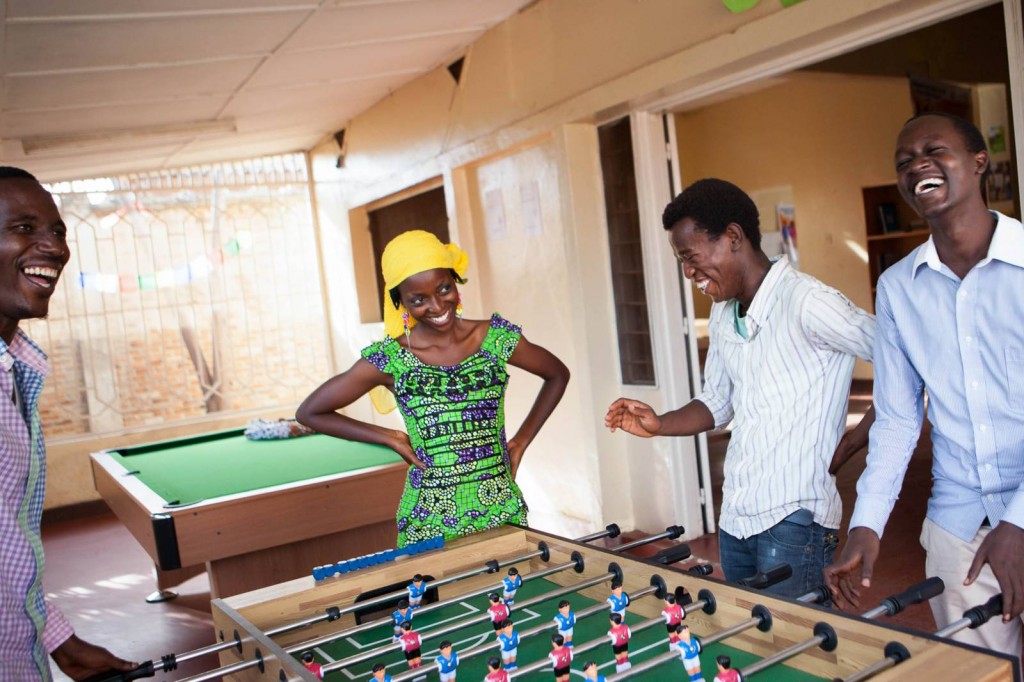 That last point is really important. Young people are going to inherit the world, so they want to shape the future – and they are. It was essential to me in curating the exhibition that the photos and stories show how strong, capable and creative these young women – and men – are, and to step well away from clichéd charity photography which all too often portrays people as victims.

I have a serious bugbear with charity imagery that distills a complex person down to one adjective, such as “poor”, “desperate” or “hungry”. It’s dignity-stripping and does more harm than good by creating or reinforcing stereotypes. It can be argued that “it works” for fundraising but it encourages short-term pity, not long term interest and care.

I’ve met most of the people featured in the exhibition, and to portray them as victims would be to ignore the strength in Mariam, the feistiness in Daphine, or the burning activist that is Arkar.”

Many of them have gone through some heartbreaking challenges, but are using their experiences to make life better for others, either in preventing HIV, or showing that you can live a healthy, fulfilled life with HIV.

Mariam became pregnant by an older man when she was 12, because of which she was bullied out of her home town and then later discovered she was living with HIV. She remembers feeling “happy but also sad” during the birth of her daughter who she named Gift.

“I want to see young women in leadership positions so they can inform policy by articulating women’s demands,” she says. “I can’t believe I’m this person because I thought my life has really ended with what happened when I was 12… I am pursuing my Bachelors in Social Work and Social Administration. I feel I have come a long way.” 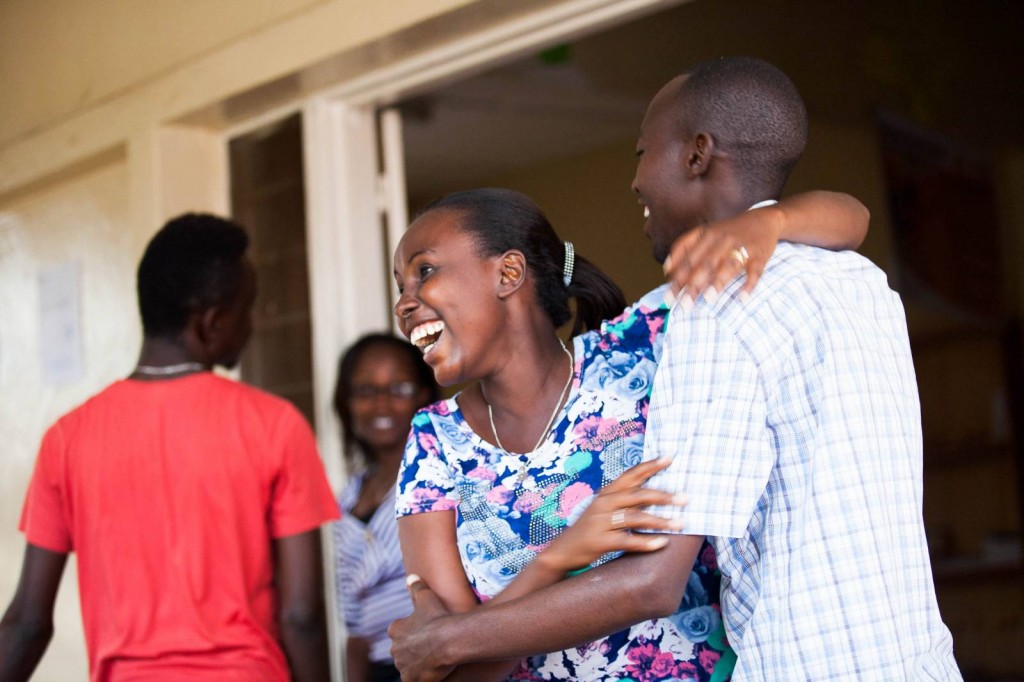 Mariam’s outstretched arms show something of her pride and her enthusiasm. There’s no getting away from the incredibly tough time she’s had, but when I took this image, I wanted to show what more there is to Mariam, and I hope she leaves a more lasting impression on you than if we only talked about her as a victim.

Similarly, with the photo of Daphine at the ‘beach’ (Lake Victoria) I wanted to create an image that on first glance wouldn’t be presumed to be a ‘charity image’ and to reflect what Daphine had chosen to share. Her film “Love a Positive Life” is also part of the exhibition. Produced by duckrabbit for the Alliance, it won the 2016 Golden Radiator Award for the most engaging charity video “without using stereotypes”.