The role of the arts in Partnership and Solidarity Between Borders

The role of the arts in Partnership and Solidarity Between BordersPhotoVoiceJune 23, 2016June 23, 2016

2015 marked the 40th year of Morocco’s occupation of Western Sahara, which caused thousands of Sahrawi people to seek refuge in the Algerian Sahara desert.  An estimated 165,000 Sahrawi refugees now live in the Tindouf Camps, yet their situation is little known in the UK.  On the 9th November I organised a conference alongside Kaya Hayon-Davies at the University of Manchester to explore the situation and the role that the arts is playing in the struggle for liberation.  Dr Alice Wilson, from the University of Durham provided a useful introduction to the situation, and David Stothard and Becky Finlay-Hall – directors of Olive Branch Arts – spoke about their projects in the refugee camps.  Becky Warnock, Projects Manager at PhotoVoice was also invited to speak about a participatory photography project she ran with children in the camps in 2011.  I’m not an expert on the situation, and also want to avoid speaking for those who are deeply entrenched in this conflict.  I’d urge you to check out the films Sons of the Clouds: Africa’s Last Colony and The Runner.  Both give much deeper insights into the conflict than I can hope to.  A few blogs also exist, such as Sahrawi Voice and Sahrawi Women – both are maintained by refugees living in the Tindouf camps.

Many claims have been made for the potential of the arts in international contexts: Jane Plastow (2010), a renowned academic and practitioner using theatre in community development projects, argues that through the arts participants are able to speak to power, influence policy and become decision-makers. Arts-based projects by organisations such as PhotoVoice demonstrate the power of the arts to amplify the voices of communities and beneficiaries in the UK and overseas; and for these voices to influence policy and social change – confirming Plastow’s view of the special role the arts can play in getting ‘experts’ to listen.  Uses of the arts, then, can be thought of as particularly effective in terms of what can be achieved when they are applied to meet social outcomes. But, as James Thompson (2009) argues, to reduce the arts to the effect that they can have – or in other words to overly instrumentalise and reduce the arts to a tool for governments and technocrats to wield – reduces the impact they can have.   Working through the arts provides an opportunity to be creative, have fun and – as Olive Branch’s work suggests – develop rich, supportive partnerships between artists and communities.

This is what is so refreshing about Olive Branch’s work in partnership with the Sahrawi people in the Tindouf camps.  The affect their work is having was clear to see when I accompanied them on a trip to the camps in 2012.  Olive Branch worked with a group of around 20 young women to create a piece of theatre.  Alongside the participants having fun and enjoying some rare time away from chores at home, the performance was affective in how moving the audience found it.  As David Stothard recounted, audiences were appreciative of seeing something beautiful and symbolic but that still spoke to their situation in the camps. Beneath the surface of working together to create art, there is a sense of agency, creativity and deep interest in what can happen when different cultural perspectives are shared.

Olive Branch work under the ethos that they will only return to the camps until the invitation to do so stops – an interesting alternative to an approach where usually Western artists travel and invite communities to work with them.  Over a relationship of more than 5 years, with many trips to the camps, Becky and David have also been asked to explore how the arts might bring something of value to specific issues faced by the Sahrawi.  For example, drama-based approaches to working with landmine victims, or to educating children with special educational needs. 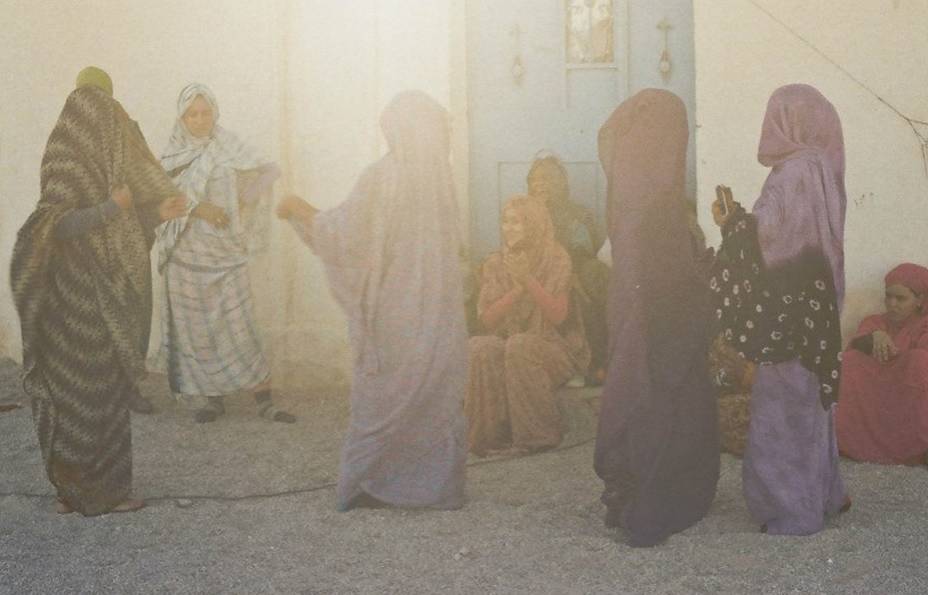 The work has also grown to include photography projects – a book with wonderful photos by Emma Brown that gives an insight into life in the camps alongside exhibitions which continue to raise awareness of the issue here in the UK.  Becky Warnock’s project with children in the camps used photography as a means through which to have fun, be creative but also to show life in the camps from a child’s perspective.

Alongside photography, film and drama Sam Berkson, a poet, has worked with Sahrawi poets to translate existing work into English as well as to create new poems.  All of this supports the cultural identity of the Sahrawi people, so at risk of being eroded.  It also responds to a request by many living in the camps – that if you come to visit, you share their stories and the plight of the Sahrawi when you return home.  The arts are a powerful, beautiful and very human way of raising awareness and respecting this request and acting in solidarity with the Sahrawi.

You can see more of Bobby Smith’s work here 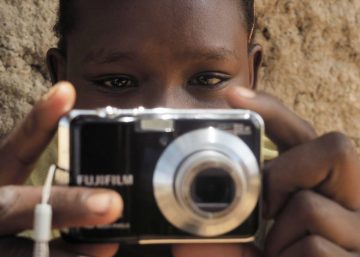