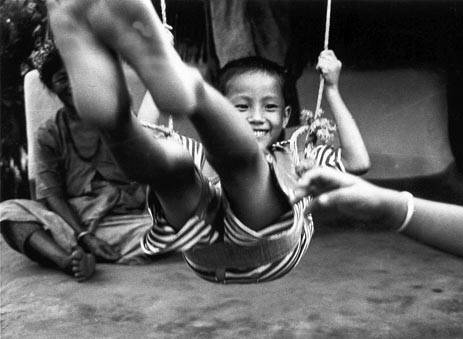 Project description:
In 1998, Tiffany Fairey, PhotoVoice’s co-founder, arrived as a social anthropology student in the Bhutanese refugee camps with the aim of setting up a photography project for the refugee children. This became a reality and projects that supported young Nepalese refugees who had crossed the border into Bhutan were set up. From its humble beginnings working with a group of 13 children the project went on to involve over 3000 refugee youth who expressed their hopes and fears through photography, art and writing.

Delivery:
The project began as the ‘Rose Class’ which delivered workshops to 13 young people with the aim of enabling them to express life as a refugee through photography. During its initial years the project survived on limited funds and was driven by the energy and enthusiasm of a small group of young people. In 2002 the Rose Class was renamed the Children’s Forum after PhotoVoice started working with local partner, The Lutheran World Federation. In 2003 PhotoVoice secured Comic Relief funding enabling the project to expand.

As the project progressed it began to provide the participants with the vocational skills with which they can earn an income in the future. One of the original participants began working as a journalist and another runs an art business. Some young people have also generated income from their skills to fund their further education.

“Before, I was living in this camp and thinking there was nothing I could do for my community. Now I feel that I can make a useful contribution to our community. I am grateful for that. I do not want my life to be futile. The word refugee does not mean devoid of desire, curiosity and interest. I have to express my opinion.”

Project Outputs:
PhotoVoice was involved in the development of a new building where in addition to photography workshops camp events and exhibitions, workshops with local Nepali children, video documentaries on child trafficking, camps wall bulletins, writing and journalism workshops and art courses took place. The young people also published a monthly newspaper: 2000 copies of which are read by the Bhutanese refugee community both inside and outside of the camps. A number of the original participants now teach and co-ordinate activities for the younger ones.

The work produced by the Children’s Forum has been exhibited around the world including in Kathmandu, London, Paris and New York. The project has received significant press coverage in both print publications and tele-media including on the National Geographic, The Observer, BBC online and Radio Nepal. 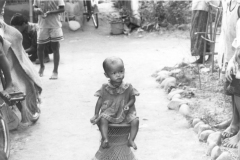 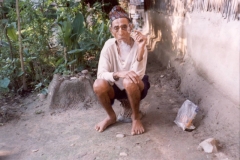 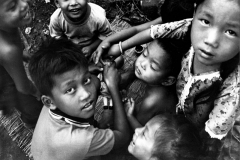 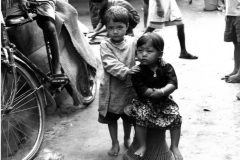 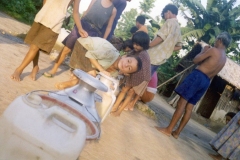