Whose story? Representing a charity’s work

Gemma Taylor, Publishing Manager at the International HIV/AIDS Alliance, reflects on her experiences of documenting the impact of an international charity’s work, and representing the people involved with the charity’s work in supporting LGBT rights and health in Namibia.

“It looks like a GAP advert” was one response I received when sharing photos after a trip to Walvis Bay, Namibia for the International HIV/AIDS Alliance. “They could be in Brighton” was another, both remarks accompanied by uncertain giggles.

The response took me slightly aback. Clearly these were not the ‘type’ of pictures that people expect to represent the Alliance’s work, or overseas charity work more generally. My considered conclusion: thank goodness for that. I’d gone out with the aim of challenging stereotypes; it’s obvious that we can’t keep creating images that contribute to a damaging vision of one, homogenous Africa or generic person in need.

This is Marc and ‘Mr Gay Namibia’, or Ricardo. For this photograph Ricardo laid out their outfits so they could coordinate. Together they decided on the location and how they wanted to be photographed. 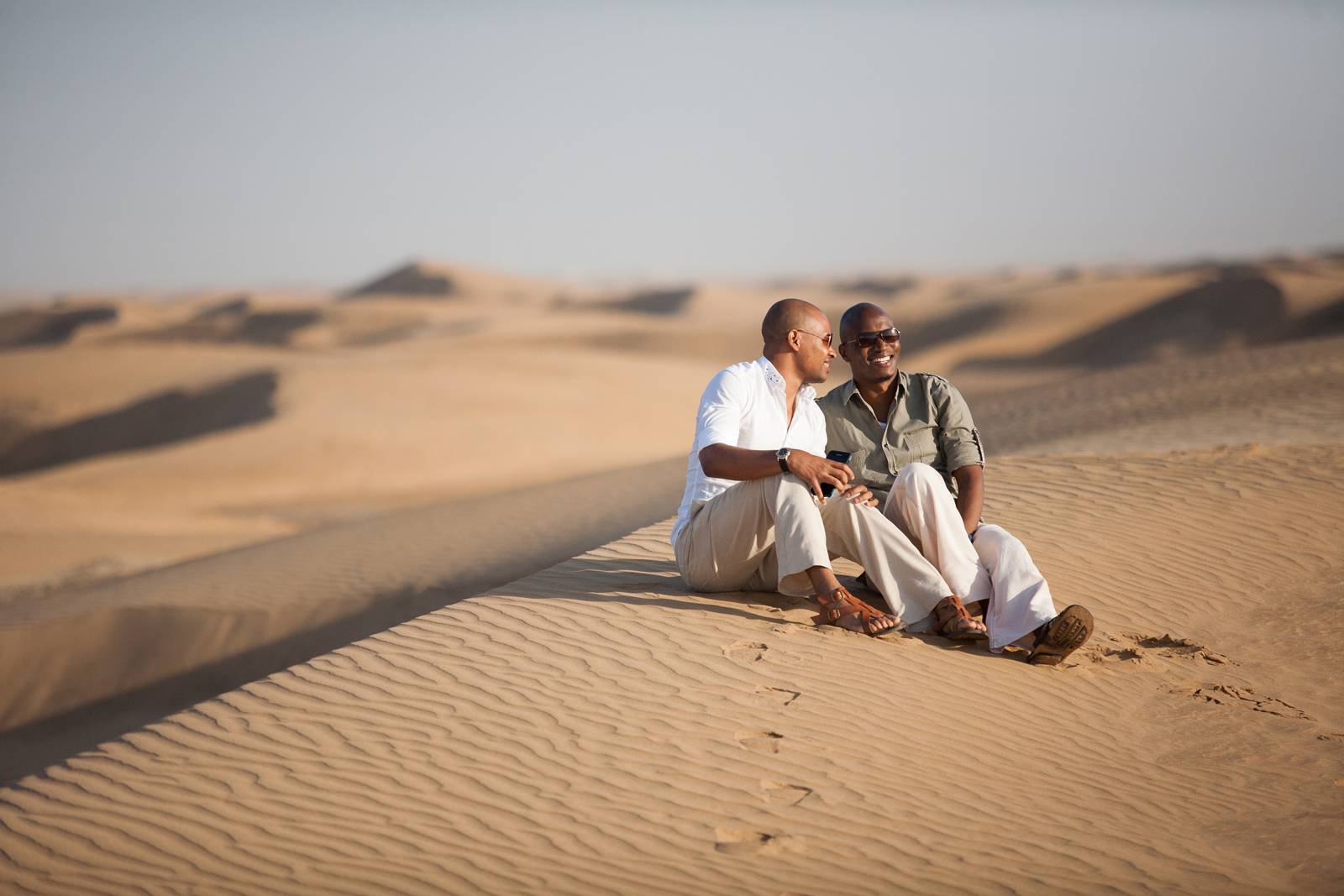 Marc and Ricardo, a married couple, relaxing in the sand dunes on the outskirts of Walvis Bay © Gemma Taylor for the International HIV/AIDS Alliance

Ok, so they may not have people rushing for their wallets (cry the fundraisers), after all he’s wearing a nice watch, and so what.

“I chose happiness over someone else’s idea of what normality is,” states Ricardo. “It’s all about love at the end of the day.”

Also in Walvis Bay I met Rachel. Rachel is proud of her identity as a transgender woman, a sex worker and founder of Voice of Hope, which offers support to sex workers.

I came to meet Rachel with ideas about how to challenge prejudices, mainly by showing all the dimensions to Rachel, as a friend, colleague, business woman, and a sex worker yes, but not in an obvious or gratuitous way.

One evening when Rachel was getting ready to go out she put on a mini-dress. My first thought was to wish she’d put something else on, something which wouldn’t make for the obvious, ‘what people are expecting a sex worker to look like’ type-image.

However, Rachel made it clear to me that she loved glamming up and expressing her femininity and her sexuality. “I like the attention I get. I feel like a diva, I feel like a celebrity, I feel like Beyoncé! It’s like when Beyoncé enters a room everyone focuses on her.” 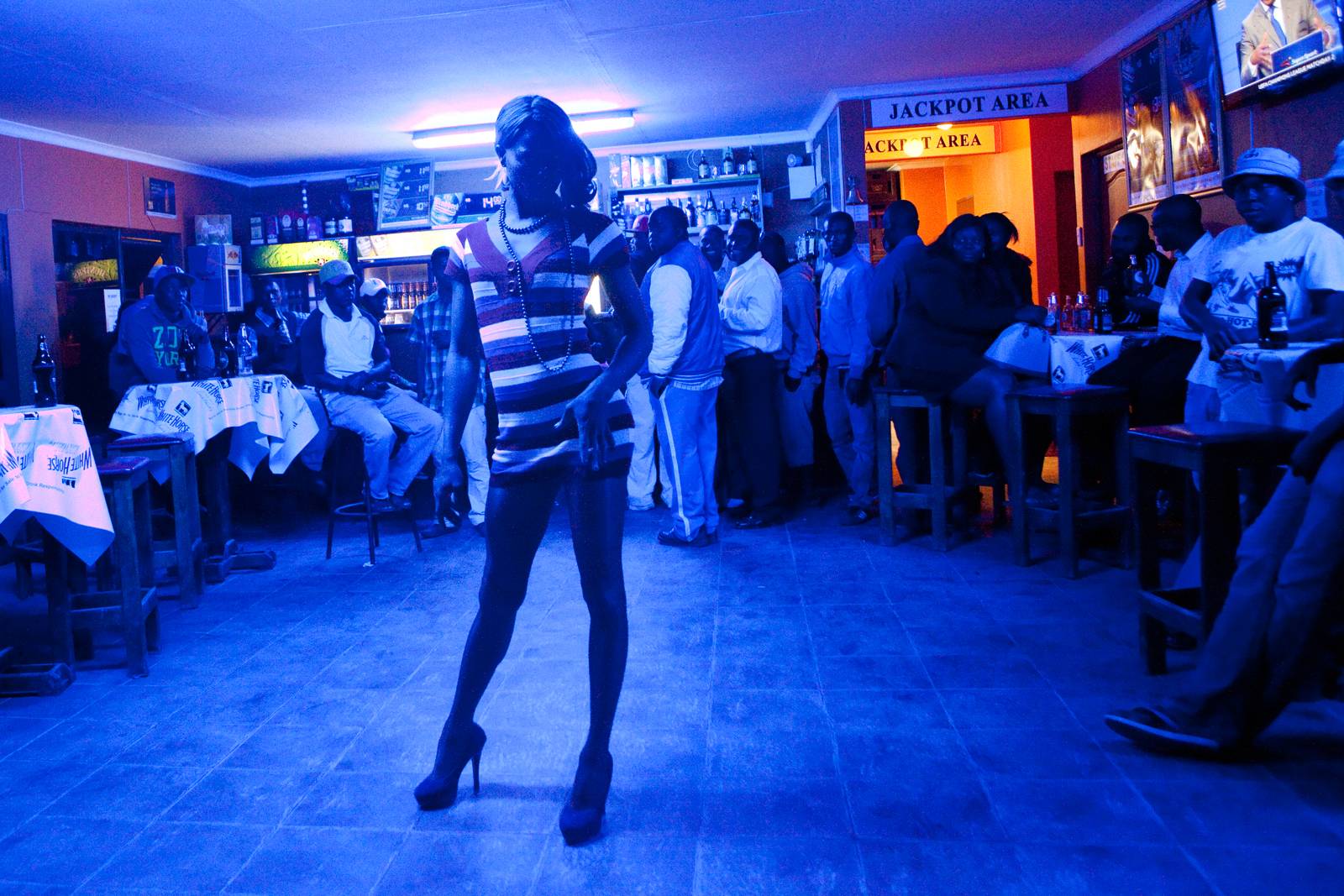 “People think sex workers just wear miniskirts all the time. I can wear a miniskirt but I can also wear a summer-dress, or a business suit, or jeans and a t-shirt,” says Rachel. I think this simply sums up how short-sighted people’s one-dimensional views are. Plus a sharp reminder for me that it’s not my story.

So what’s my point?

While I’m constantly learning and challenged, I firmly believe that you can’t stand for the rights and dignity of people and then show people in an undignified way for the purpose of shocking audiences or raising funds.

But it’s complex. There are tragedies which genuinely rob people of their dignity and these can’t be ignored, but I still think there’s ways of approaching this. I’m not up for glossing over or rose-tinting reality but showing there’s always more to a person than their circumstances, so they’re not snapshotted into being just a victim.

I also now realise that you shouldn’t head out on a shoot with a pre-determined ‘right way’.  The person whose story and life it is should have more agency over how they are represented than the person clicking the shutter. Thanks Rachel.

Featured Image: Rachel, a proud transgender woman, sex worker and founder of a community organisation, at her home in Walvis Bay, Namibia © Gemma Taylor for the International HIV/AIDS Alliance 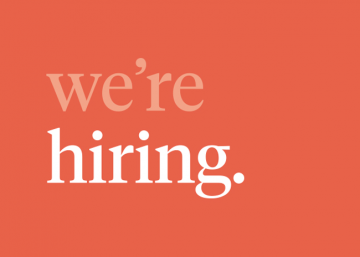 PhotoVoice is currently recruiting for a new Engagement Officer 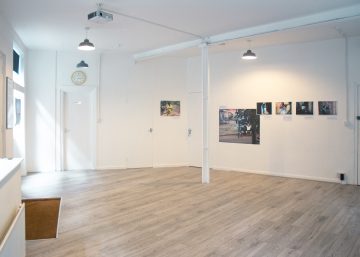