Why is your English so good?

Daniel Adams’ collaborative photography project ‘Why is your English So good’ shines a light on racism in the UK and Ireland to provoke discussion and promote positive social change.

Being an international student in a foreign country can be challenging – language barriers, cultural differences and religious differences are just a few that come to mind. However, I’ve always found that people are willing to put aside their differences to learn the ways of others. That is, until I grew up and realised that not everyone is as open minded as the people that I had met over the last 20 years of my life.

I decided to study photography in England because there is a larger appreciation for it in that part of the world. Photography, I feel, is still an up and coming art form in Asia while in the Western world, it is already established. However, as an international student, I started to notice the smallest things, living as a foreigner in another country. 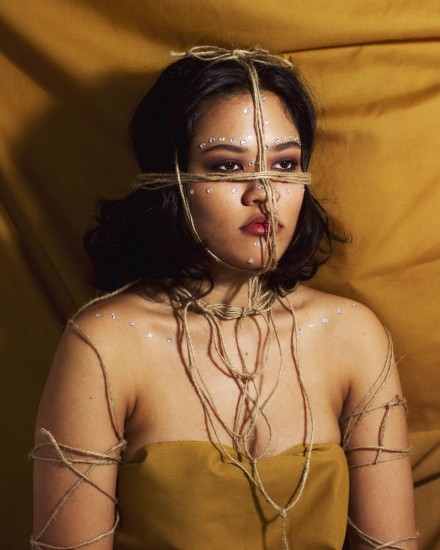 An Ode To Slavery
“In my first year, while discussing why so many Asians are intimidated by White people to the extent of locking themselves in their room to avoid conversation, I reminded by English housemate that through colonisation, many of us are still aware of the power that the UK hold over it’s previous colonies. To this my housemate responded, “Well, I’m sure you guys enjoyed the slavery.” My housemate, a Politics student, thought it was appropriate to joke about slavery to a table of Asian and Jamaicans. He did not apologise, and assured that it was a joke”
TASNEM ALJOFFERY: LONDON, ENGLAND

I was born and bred in Kuala Lumpur, Malaysia so I haven’t known much else other than living and breathing the so-called Malaysian life. I had never experienced racism, until the day someone in London muttered “Go back to where you came from” to me. I was shocked because to me, London is such a multicultural city but I was also naive; I thought everyone was just as accepting of everyone else.

This project, “Why Is Your English So Good?”, highlights this aspect of racism in the Western world. Bearing in mind that this is a very situated piece of work that is based upon a specific country and experiences towards a specific group of people, I wanted to shine a light on the experiences that a lot of my fellow Malaysians have experienced whilst living/working in the UK and Ireland. This is where the inspiration for this project originated – from my own experiences. I wanted to give a voice to others who have experienced a similar situation.

Each image within this series is inspired by each individual’s story and therefore the details within each image represents a specific element of the story. By using different objects, colours and symbols, I’m able to apply metaphors and create a visual representation of each individual’s experience. After identifying the signifiers, implementing them into the image allows for the viewers to see the different worlds I have floating around in my mind. 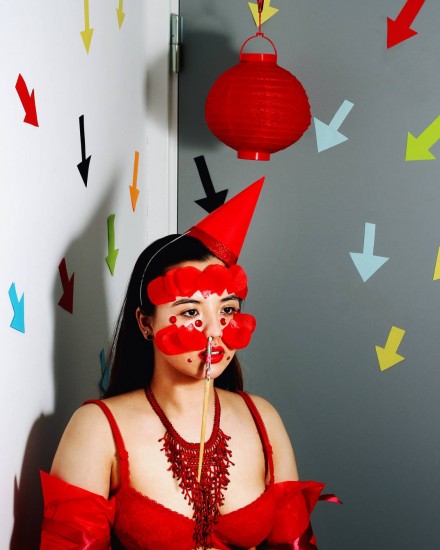 CHINA CHINA
“Whilst walking to my bus stop after my bar shift, a man at the end of the bridge I was walking towards started mockingly shouting out the word “CHINA” at me. After the 5th time of shouting it out, I stopped and shouted back that I wasn’t from China. He then continued to shout it at an increasingly loud volume until I finally got near him at the end of the bridge. Upon seeing him I saw two women I didn’t hear or see before, standing beside him, not saying or doing anything. The man proceeded to continuously shout the word CHINA in my face whilst giggling. I thought about saying something but after the 10th time he said it, I carried on to my bus stop thinking there was no bloody point.”
EMILY PEARCE: LONDON, ENGLAND

With this project, I wanted an aspect of fashion to be present – thus the reason of choice of lighting and positioning of the subjects – whilst still capturing the same wonderland/weird atmosphere that’s usually the main viewpoint in my imagery. Together I wanted to express this topic in a unique way that hasn’t usually been done before.

In this day and age, where a large majority of people are very aware of their surroundings and how their words and actions may affect others, I still felt that this topic of racism against Asians wasn’t as spoken about on such a large scale. With the rise of racism due to Brexit and the US presidential election, I felt inclined to speak up on the topic in order to raise awareness and show people that racism is still incredibly rampant and needs to be dealt with immediately. By speaking up and creating this photography project, people can create a dialogue that allows for more light to be shed onto the topic.